As the decades old Israeli occupation of Palestine relentlessly continues, the march for Palestinian justice through London this year was more poignant than ever. Palestinians are literally starving because vital aid has been cut by other countries that refuse to recognise the newly elected Hamas led government. 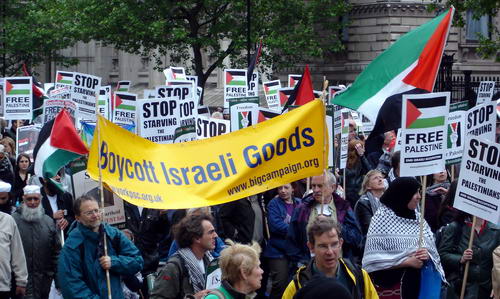 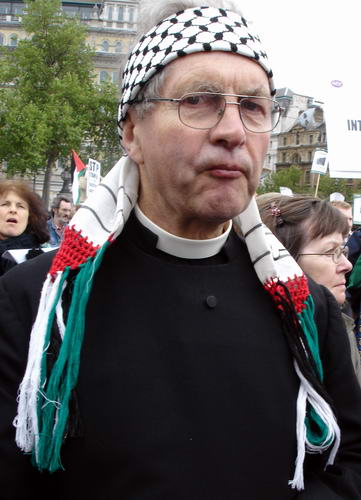 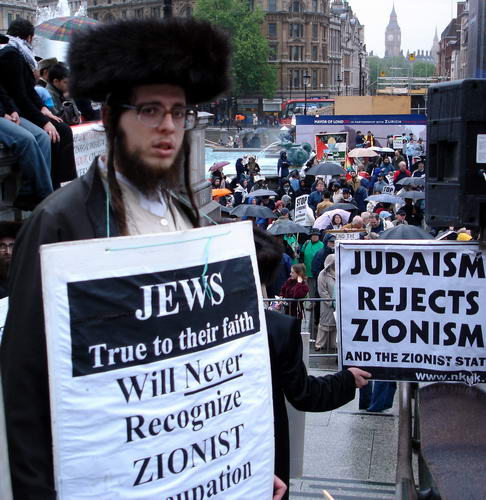 The apartheid wall reproduced in London 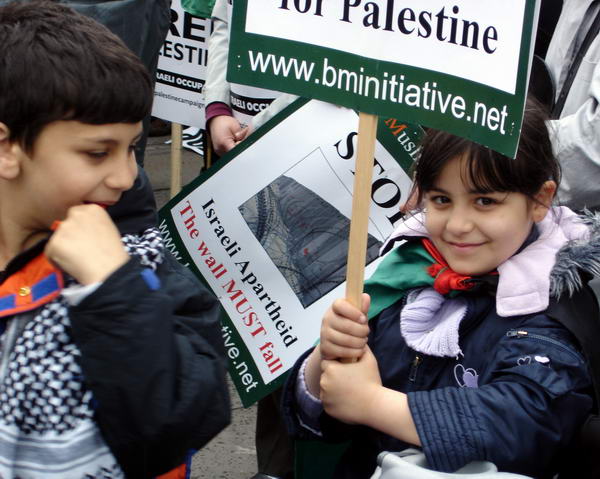 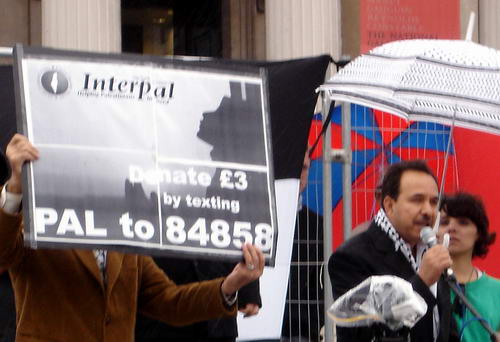 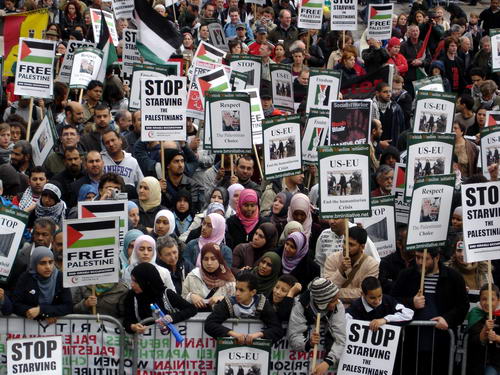 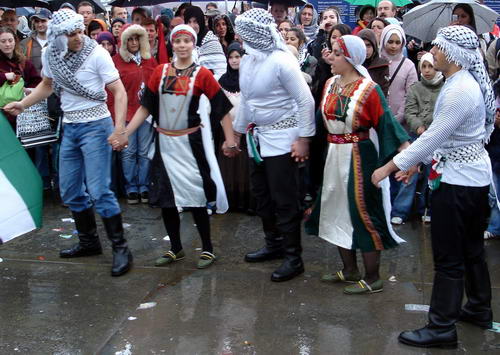 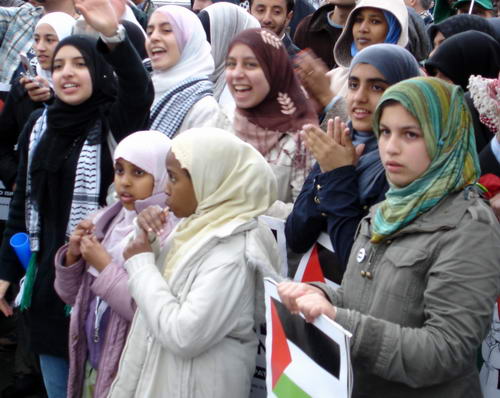 which the crowd loved

Despite the rain, about 10,000 - 20,000 people crammed into Trafalgar square today to protest Israel's continued illegal and violent occupation of Palestine and the deliberate persecution of the Palestinian people. Hamas recently won a landslide victory in the Palestinian election that was seen to be fair and democratic by international observers. (This is in contrast to the blatantly rigged elections in Florida that ultimately determined the US presidency.) But Israel, the US and the European Union brand the new Hamas government as terrorists and have therefore stopped vital aid and funding from reaching Palestine. The effects of this spiteful action on an already struggling population are devastating. Hospitals can no longer afford to replenish stocks of medicine. Four people have recently died because of lack of a drug used for kidney patients. In Gaza, 40% of children are suffering from malnutrition. Teachers and health workers have not been paid for months. It is hard to believe that the already desperate Palestinian situation can deliberately be made to deteriorate further. But such is the influence of the rogue state Israel that all this is being done under the guise of the war on terror in order to starve the Palestinians into defeat.

If you do nothing else, you can donate £3 to the Palestinian children by texting PAL to 84858