The Law Council says the Government is demonising customary law, distracting attention from the real problems in Indigenous communities 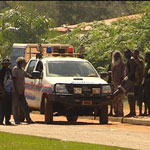 AUSTRALIA: The Law Council of Australia says calls by the Federal Government to scrap customary law are ill-informed.

Mr Brough says customary law will be a central issue at a national summit of state, territory and federal leaders.

He wants judges banned from taking cultural factors into account during sentencing for serious sexual and violent crimes..

The Law Council says the Government is demonising customary law, distracting attention from the real problems in Indigenous communities.

"All Australian citizens when sentenced are entitled to have their backgrounds and other subjective matters taken into account," he said.

"We should not disenfranchise Indigenous people further by wholesale doing away with any look at or discussion of customary law."

Mr North says limiting the discretion of the courts to consider customary law in sentencing will not lead to equality.

"Australian law also allows us to look at someone's upbringing, belief and their intent at the time they commit a criminal act and to further disadvantage our Indigenous population by doing away with any discussion," he said.

Western Australia Attorney-General Jim McGinty has told State Parliament the recognition of Aboriginal customary law is a major step forward in the process of reconciliation.

"I think it's pure bigotry on the part of a federal minister who's out there engaging in self-promotion and trying to turn back the issue of Aboriginal people and justice and recognition of Aboriginal customary law," he said.

"He's going to turn back Aboriginal justice issues by decades."

A Melbourne-based lawyer will today head to the community of Wadeye to investigate whether under funding of basic services is racially discriminatory.

He says if he finds the Territory Government has breached the Racial Discrimination Act, he will lodge a case with the Human Rights and Equal Opportunity Commission.