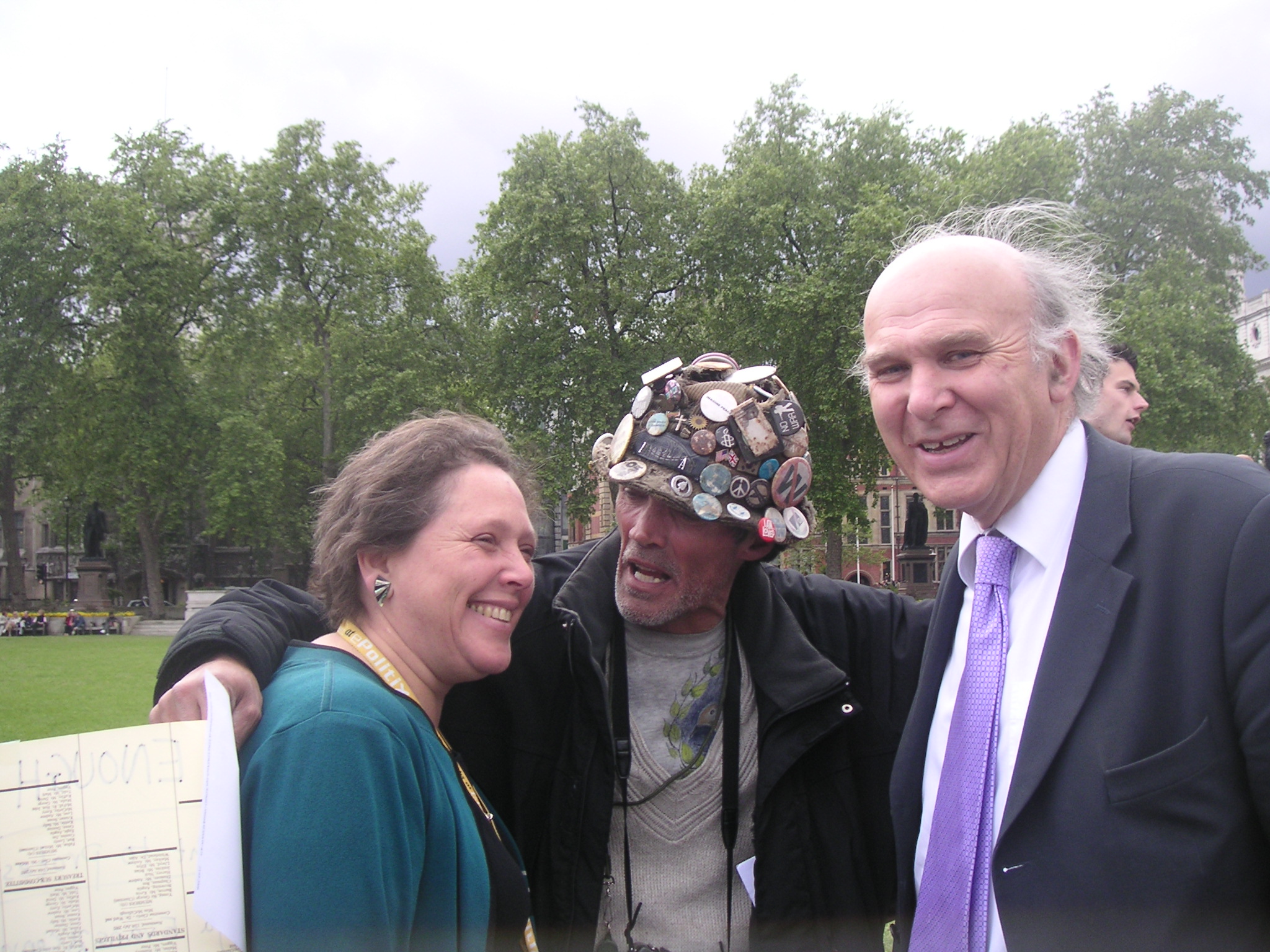 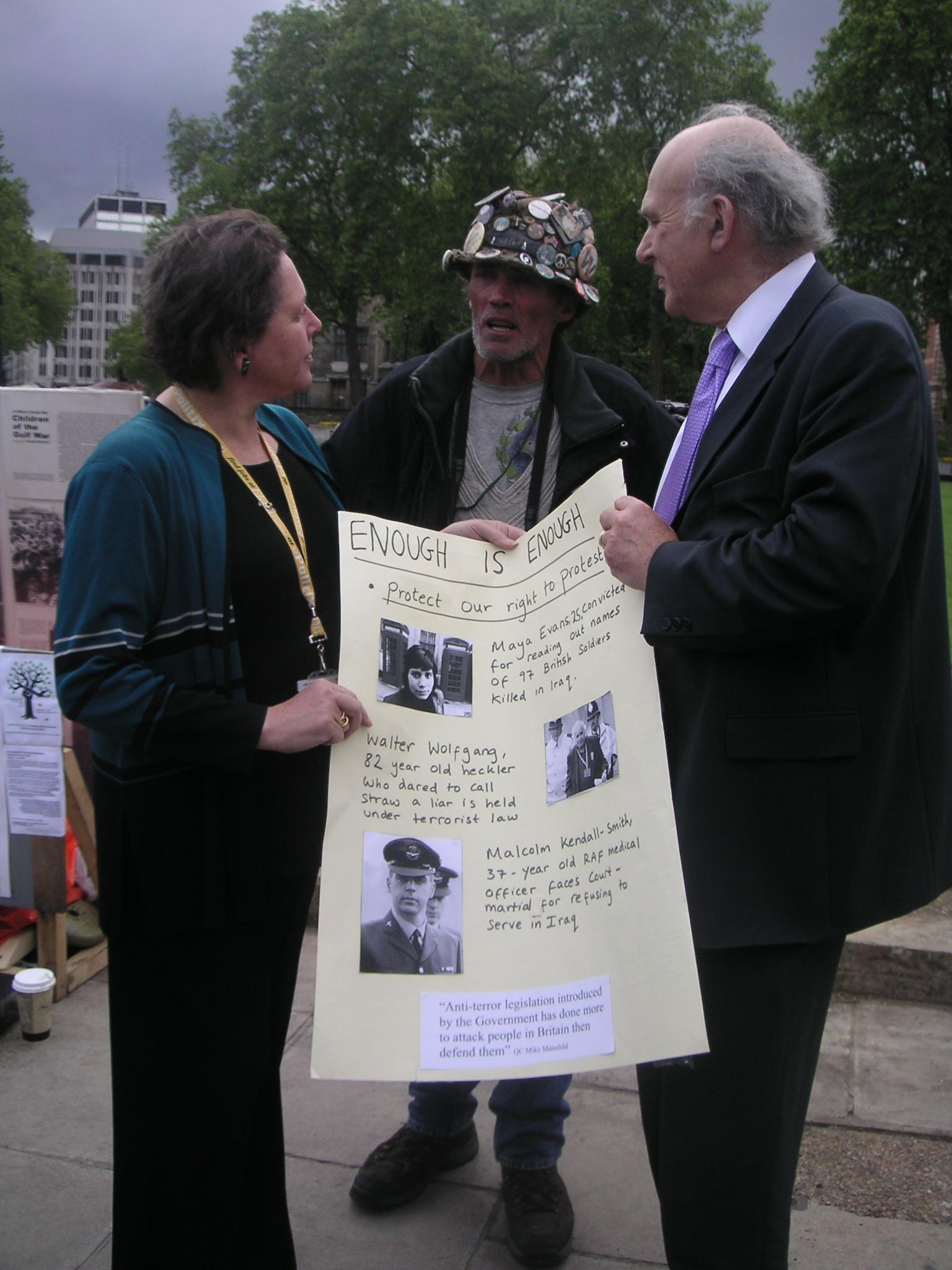 In a gesture of support, Liberal Democrat MPs Susan Kramer (Richmond Park) and Vince Cable (Twickenham) today offered a new poster to Parliament Square protester, Brian Haw to help replace those taken by the police in the early hours this morning.

“I have always been proud that we allow a protest in front of Parliament. It is a reminder that we live in a democracy.

“Brian’s protest has been no threat to national security and the decision to reduce his display to insignificance is petty.

“If we don’t protest this, they will soon be removing Brian altogether. That would be a sad day for freedom of speech.”

“There is a broader issue about civil liberties. Others such as Maya Evans have already encountered a disproportionate response to their protests .”

Susan Kramer and Vince Cable are two of the 23 MPs who have signed EDM 2146 supporting Brian Haw’s right to protest.