Al-Zarqawi, Tiny Children Killed by US in Iraq

In a PR coup for the Coalition forces in Iraq, an air strike on a building on the outskirts of Baqouba, the provincial capital of Diyala, has reportedly killed al Qa'eda lieutenant Abu Musab al-Zarqawi. Several of al-Zarqawi's aides were killed in the sortie, including Sheik Abdul Rahman, the al Qa'eda leader's spiritual advisor. The discovery of women and children's clothing in the wreckage of the multi-storey building in the aftermath of the attack suggests carnage resulting from the Americans' 500-pound bombs was not limited to al Qa'eda militants. 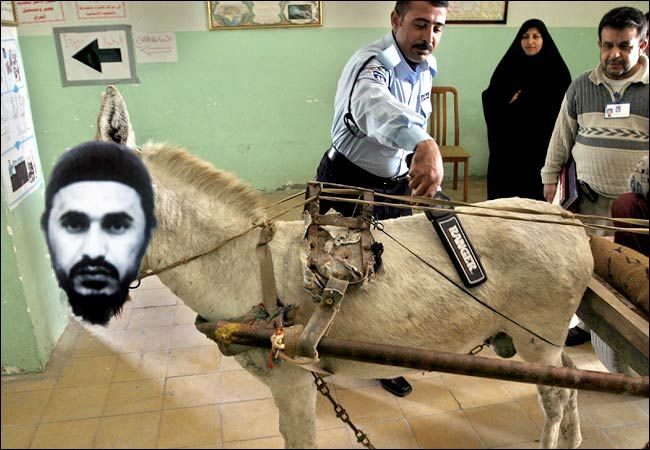 In a PR coup 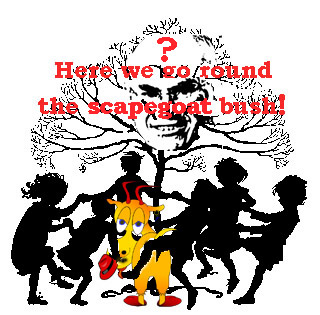 Al-Zarqawi's opposite number in Iraq, the American military commander General Casey, said in a triumphal interview today that distinctive scars and biometric identifiers including fingerprints had allowed for the definite identification of the terrorist luminary in the hours following the deadly strike.

The killing of al-Zarqawi is a timely boon for the spin machines of the White House and the US military. Evidence has come to light in recent weeks of the massacre of scores of civilian men, women,and children by American soldiers engaged in brutal revenge attacks after the loss of their compatriots still under fire from the Iraqi resistance. But with news wires and the foreign pages of Western newspapers now exclusively committed to reports of the death of the militant Jordanian showpony, the atrocities committed by the personnel of the United States Marine Corps have temporarily disappeared from public view.

Australian Foreign Minister Alexander Downer has joined in the chorus of voices crowing over the death of al-Zarqawi from a safe distance. 'Normally, I wouldn't express pleasure at the death of anybody' said the pouchy Antipodean politician, qualifying his unabashed delight at the rare success for Western troops better known for gunning down unarmed Iraqis and the torture and imprisonment of thousands of those who dare to mount a defence of their occupied country.

Certainly many in Iraq will be heartened at the news of the death of the cavalier militant al-Zarqawi, who is reputed for involvement in hundreds of bombings, shootings, and beheadings, and a careless disregard for the tangential deaths of civilians matched only by the forces of the Coalition.

But Downer has a partisan view of the ongoing conflict. For many watching the progress of the Western occupation of Iraq exactly the same sense of relief and satisfaction will be felt when the Australian, American, and British terrorists who have given orders resulting in the killing of tens of thousands of innocents in war-torn Iraq in recent years finally shuffle off the mortal coil.

This is absolutely ...UNFORGIVABLE

Now, this is absolutely UNFORGIVABLE, And yet, how many more innocent lives have been taken this way? What about tomorrow?

The ever elusive Abu Musab Al-Zarqawi appears at a polling place in Baghdad as an anthropomorphized donkey with the simple wish to vote. Yet he was turned away because he is a Jordanian national. After election officials realized they had just let the most feared terrorist in the world (besides Osama Bin Laden) slip from their grasp, American planes bombed deserted polling centers in his current suspected hideout, Ramadi, as collective punishment for allowing Zarqawi to galavant freely among what many residents describe as a "ghost town".