Inmates at Canberra's first prison will wear radio frequency identification (RFID) bracelets or anklets to track their location, under plans by government. 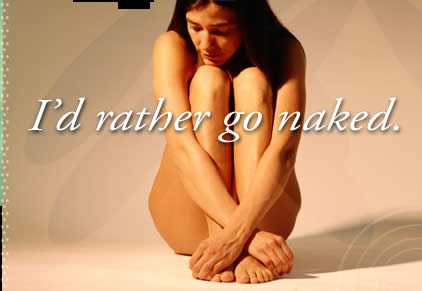 to track their location

AUSTRALIA: ACT: In going to tender for the construction of the Alexander Maconochie Centre, the Australian Capital Territory's (ACT) first prison, ACT Corrective Services called for a subcontractor to implement an AU$800,000 RFID tracking capability for guards and inmates.

Construction of the prison in the south-east Canberra suburb of Hume is due to begin in August, and is expected to be complete by late 2007 or early 2008.

This will accommodate 374 prisoners, according to ACT
Corrective Services senior manager Roger Holding.

"Those of us who've been in Corrections for years believe this [RFID] is a significant step forward in managing prisons," Holding told ZDNet Australia in a telephone interview.

"We are seeking to facilitate a prison where prisoners have a high degree of freedom of movement," he said, without the situation leading to "anarchy".

"RFID removes from staff having to do the tedious work of monitoring and leading prisoners around the site," he said.

Although the successful RFID solution will not be chosen till August, Corrective Services has a firm idea of how RFID in the prison would operate after researching the technology for 18 months.

ACT Corrective Services IT manager Andreas Wullen said on entering the building, prisoners would pass through an induction point where they would be fitted with an RFID bracelet or anklet. This would only take about two minutes.

From then on, prisoners' locations could be identified every two seconds, if need be, according to Wullen.

"In some areas we'll know which room they're in, and in some areas [RFID] will be constantly active."

The prison will span 16 hectares. Under the plans, prison guards will wear pager units which could alert them to prisoner movements.

"We can use RFID to alarm us to when a prisoner goes somewhere he's not meant to, or if, say, he comes within 20 metres of another prisoner he's not allowed to have contact with," Wullen said.

The system could also be programmed to alarm guards of a prisoner's failure to meet a scheduled appearance. Wullen said an example might be a prisoner's requirement to attend an activity every three months, and if they failed to attend, the system would sound an alarm.

Control rooms around the prison will have tracking stations to show a wider view of prisoner movement.

There were no plans to GPS-enable the system yet, whereby prisoners might be tracked outside of the prison or by other agencies, although the capability was available, Wullen said.

Location data would be stored and logged by a Microsoft or Oracle database. The system could be run from just one central server, Wullen said.

The anklets and bracelets also had a number of tamper alarms for security, according to Wullen.

Alarms will sound if the anklets or bracelets were cut, if they expanded or contracted in shape, if they were stationary for too long, or if their battery was low on power.

While prisons have traditionally used CCTV cameras, infra-red beams and guard supervision of prisoners, the change to using RFID and other new technologies had been made possible through the recent drafting of the Corrections Management Bill.

The use of RFID in the prison had also been discussed with the ACT Human Rights Commissioner, according to Holding.

While privacy advocates have raised concerns about some uses of RFID, the technology's application in the prison should not be controversial, Holding said.

"We could have a forest of CCTVs around the place which would give us the same capability," he said.

Similarly, the new prison's construction was not only about RFID.

"Its [RFID] implementation is not guaranteed," Holding said.

"If we don't have the technology working properly, the [construction] project won't fall over."

Holding and Wullen were unaware of any prisons in Australia already using RFID. Overseas however, several prisons in Europe and more in the US are using the technology to track prisoners.

"Prisons are colleges of crime that tear people away from their families and communities and leave most unable to meet their social responsibilities on their release. Prisons gobble public resources that should be spent on reducing crime." said Mr Collins

"Prisoners are telling us that they would prefer a free and reliable bus service, accommodation vouchers for their families when visiting them, an agreement to only be held in jails closest to the ACT and the $130 million allocated for the jail to be diverted into schools, community centres, mentoring programs and drug rehab services." said Brett Collins, a spokesperson for Jail Free ACT.