While the 8 richest countries continue to promote nuclear and oil-dependent 'Energy Security' and increasingly repressive global governance, Indymedia presents a film festival to inspire resistance to the G8 agenda: 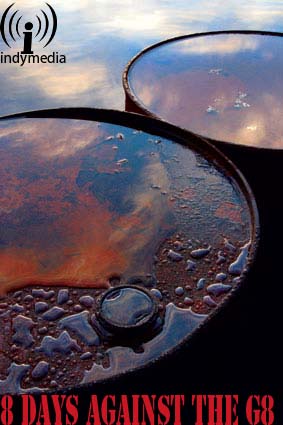 Featuring the likes of:

'Why Close The G8?'
'Life And Debt'
'Invisible Hands: the Euro Investment Bank'
'The End Of Suburbia'
'Rob Newmans History Of Oil'
'Raised Voices'
'World Bank Famine'
'Green Gold'
...and many others.

Venues and timetable to be announced; watch this space. 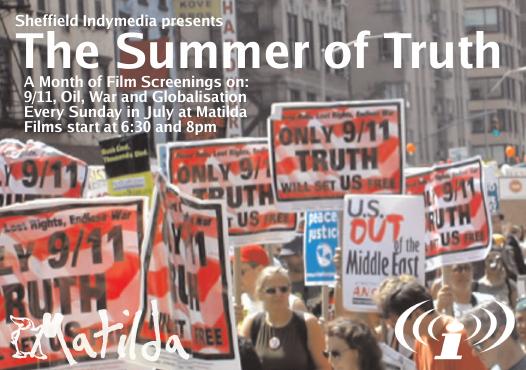 The Summer of Truth

If Sheffield is closer to you than London then there is another Indymedia film festival for you to check out...

The London Indymedia film festival against the G8 kicks off on Friday evening 7th July (yep 7/7) at Rampart Creative center...
screening 'THE POWER OF NIGHTMARES:THE SHADOWS IN THE CAVE'
questioning whether the threat from a hidden and organised terrorist network is in fact a manufactured illusion. In this concluding part of a series, the programme explains how the illusion was created and who benefits from it; comparing the rise of the American neoconservatives and radical Islamists, suggesting that both are closely connected; that some popular beliefs about these groups are inaccurate; and that both movements have benefited from exaggerating the scale of the terrorist threat.
And also showing 'ARABS AND TERRORISM'
researched in 6 languages and filmed on location in 10 countries, with 90 experts/politicians and hundreds of street interviews in the United States, Europe, and the Arab world. It examines the dominant discourse on terrorism in the United States and Europe and offers critics an opportunity to respond.