No Borders protest at Wapping

'London No Borders' & 'No One is Illegal' organised a demonstration outside the Wapping fortress on Sunday 11 June, against the 'vigilante journalism' stunt reported in the previous week's News of the World. 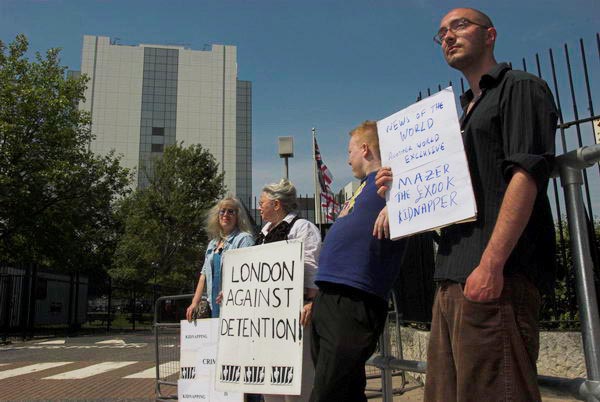 At the gate of News International, Wapping 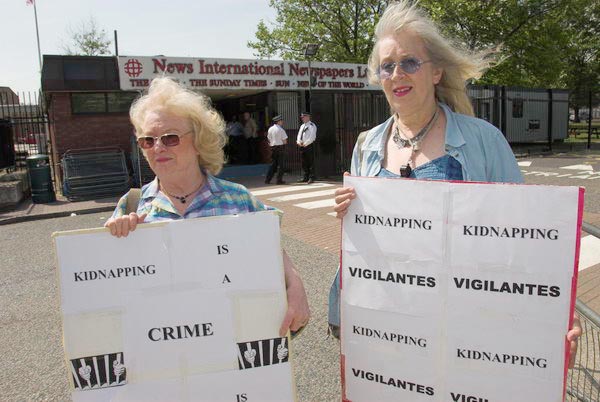 Employees of the paper had made false promises of work to migrants, then picked them up in buses to 'take them to work' but instead delivered them to Colnbrook detention centre where they were interviewed by immigration officers and detained.

Colnbrook detainees issued an open letter to Mazher Mahmood, the News of the World employee who had organised the kidnapping operation. In part it read "We, the detainees of Colnbrook Detention Centre think that you are a gutless, incompetent, bully, and together with your editors and newspapers pick on foreigners because they are a soft target." They pointed out that it was exactly the kind of "unfair ill-informed reporting" of such newspapers that had pushed the government to establish inhuman policies, with refugees facing imprisonment and forced removal to countries where their lives would be in danger. It is these policies that lead to people hiding from the authorities, and also create the conditions for their exploitation by unscrupulous employers, with long hours, low pay and poor and dangerous working conditions.

Protestors questioned the legality of the kidnapping of the migrants and hoped that a prosecution might ensue. They deplored the vicious anti-immigrant atmosphere being encouraged by actions and reports such as this and asked which will be the next group targeted for some illegal action by newspapers peddling hate?

A few more pictures from this event will be on My London Diary in a few days.