A crowd of several hundred demonstrators, mainly Muslim, gathered outside New Scotland Yard on Sunday afternoon, 11 June, 2006 to voice their disquiet at the June 2 raid in Forest Gate. The protest had the support of a wide range of organisations. 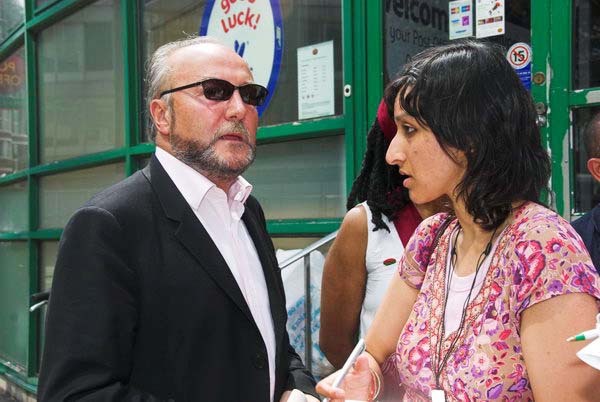 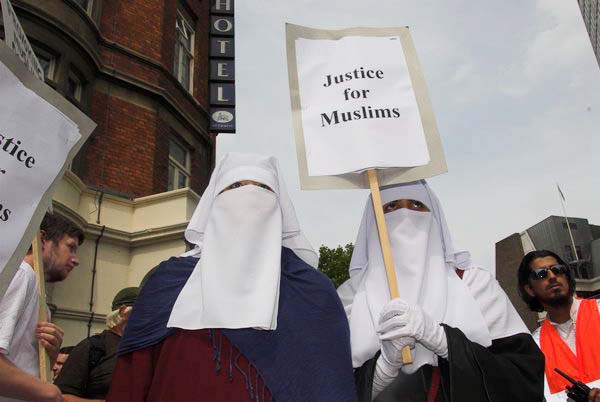 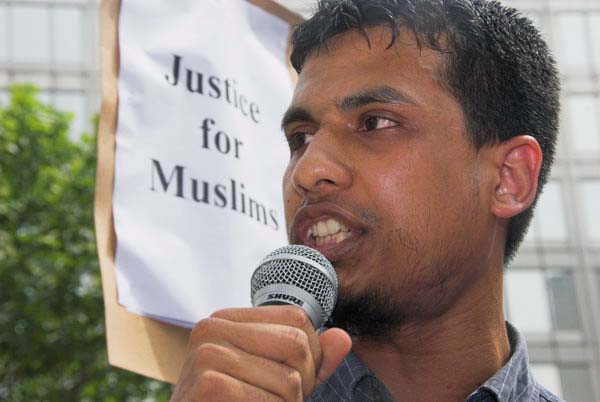 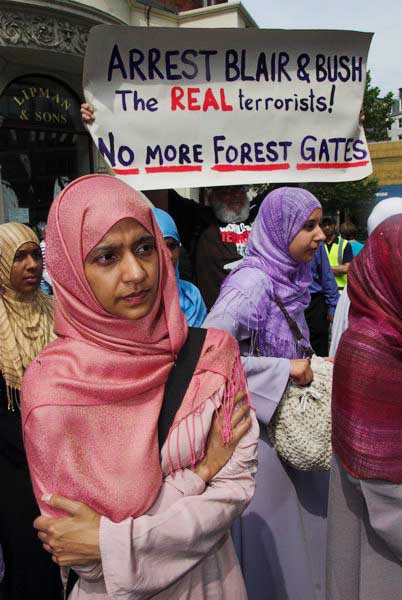 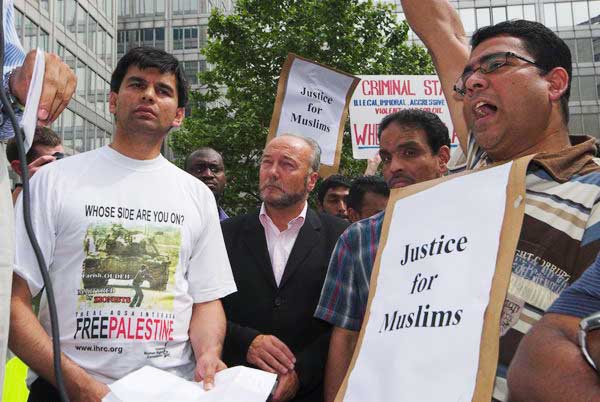 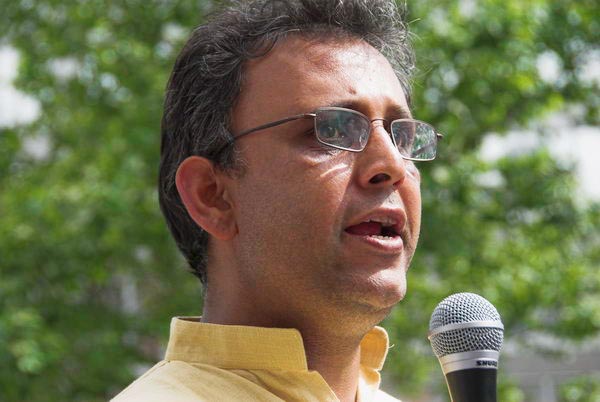 Speakers from across the Muslim community as well as others including Respect MP George Galloway and Lindsey German of 'Stop The War' expressed their misgivings at the heavy-handed approach of the police and the targeting of Muslims. There were calls for the resignation of the Metropolitan Police chief, Sir Ian Blair. Many also called for Tony Blair to go for his support of the shooting of Mohammed Abdul Kahar during the arrest of him and his brother, Abul Koyair, seen as a part of his continuing contribution to a rising Islamophobia.

Several speakers made the point that 'police intelligence' was in almost all respects woefully lacking. All of us are put at danger - as last year's London bombings showed - because police waste time and resources on false rumours such as those behind this raid. One speaker went through a long, long list of such happenings around the country, including some the police still persist in believing despite having cases thrown out by the courts.

Its perhaps a little unfair to blame the police; many if not most of these cases have been forced on them by military intelligence and government pressure. But the effect of such blunders is to alienate people of good will, especially those Muslims who would otherwise be the only reliable route to reliable information.

This was an event that attracted major media attention; it was difficult to get an accurate count of the number of demonstrators because there were so many reporters and photographers etc present. Along with a core of 250, representing the number of police involved in the raid, there were probably a hundred or more others.

Humeya Kalam, sister of the two brothers (who were released on Friday) sent a message of support that was read to the crowd. She wrote, "My brothers would like to have come today, to show unity.

"However they are unable to do so because they are still recovering from their injuries - both physically as well as mentally." Her statement went on to protest against the "barbaric and horrific actions taken against an innocent family" and to hope that the protest would "highlight the fact no other innocent family should be forced to go through the same nightmare".

A further protest is planned for next Sunday in Plashet Park in East Ham, which is hoped will unite people from every faith and community" in Newham.

More pictures from this event will be on My London Diary in a few days.