This a brief account of the Stop the War conference on Saturday June 10th in London. 12 photos of the day are attached. 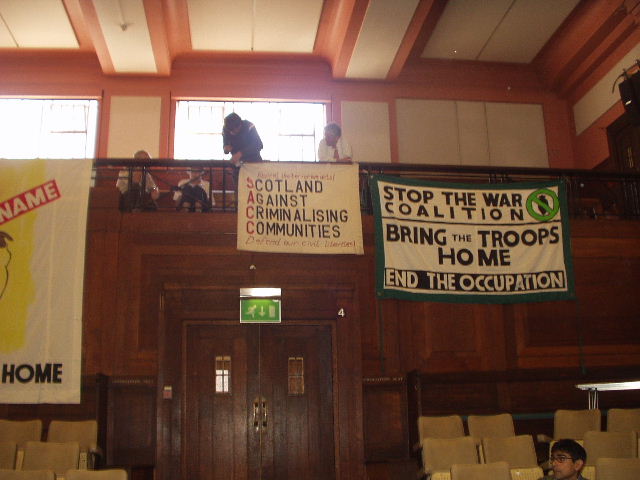 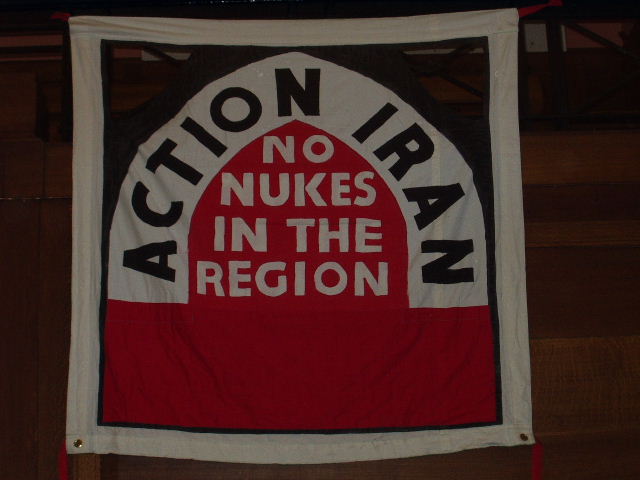 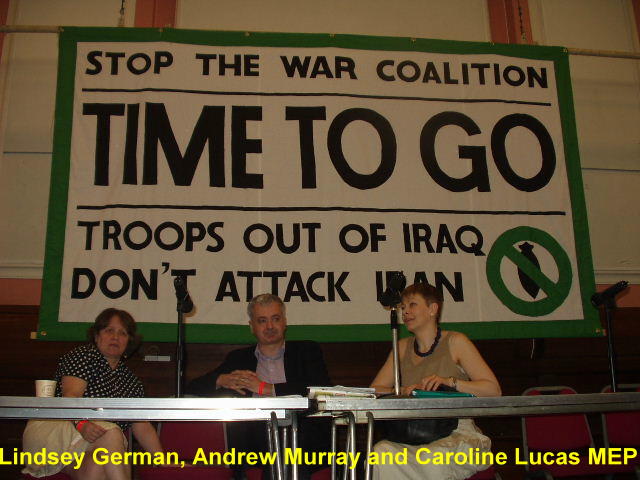 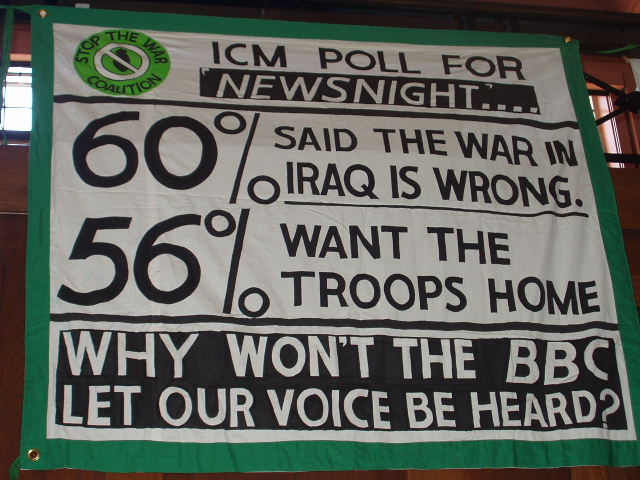 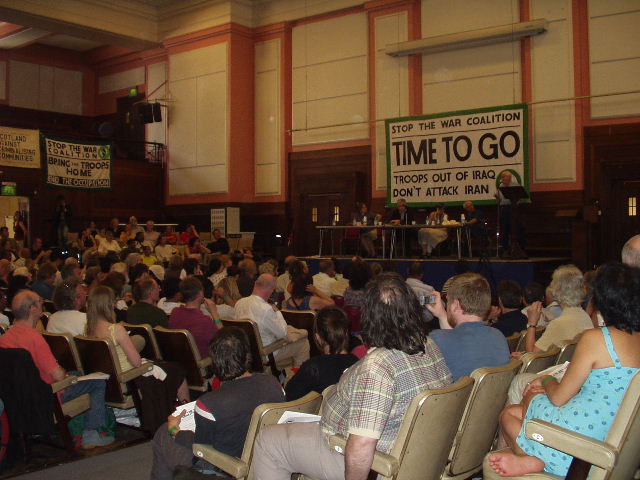 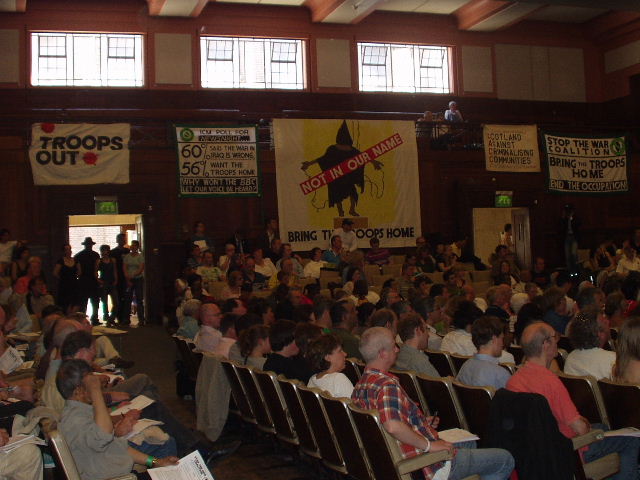 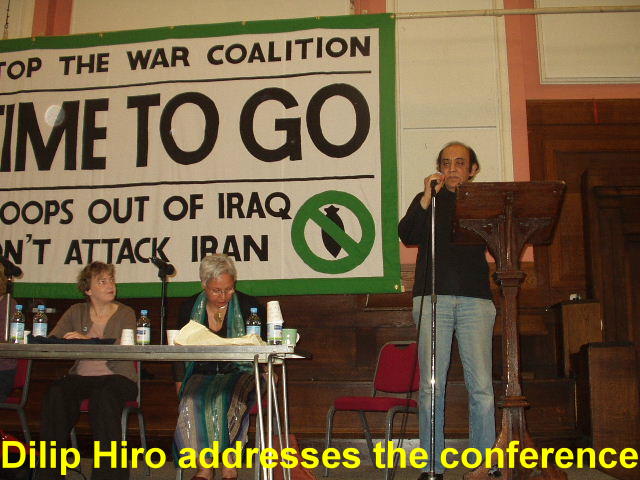 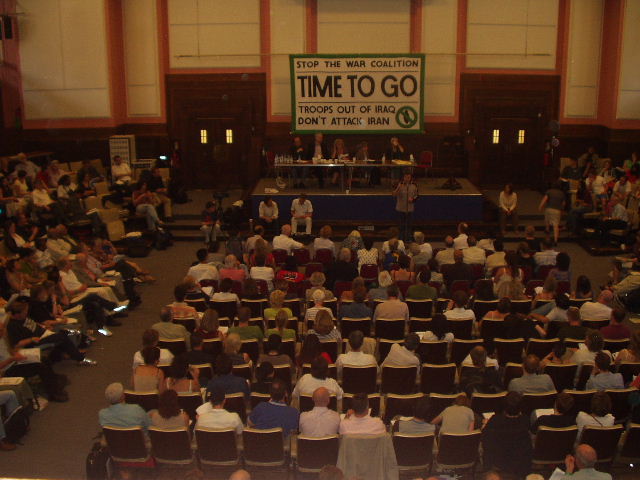 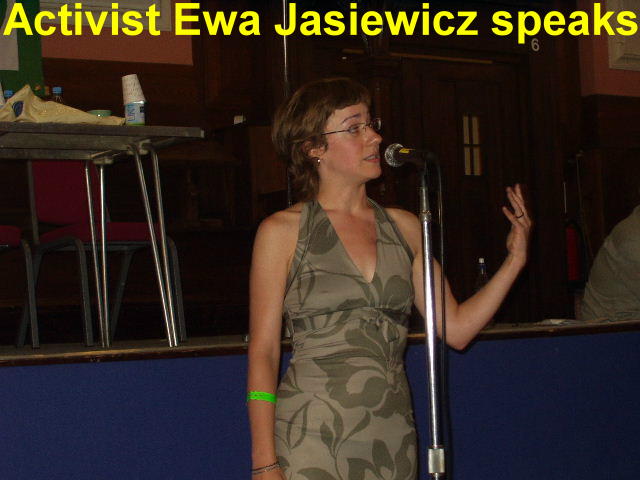 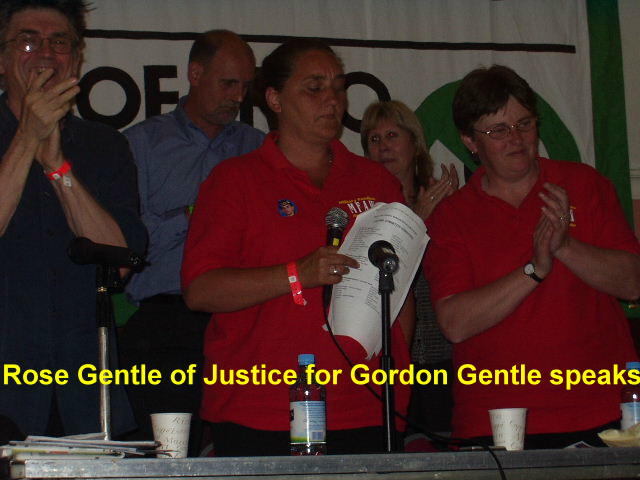 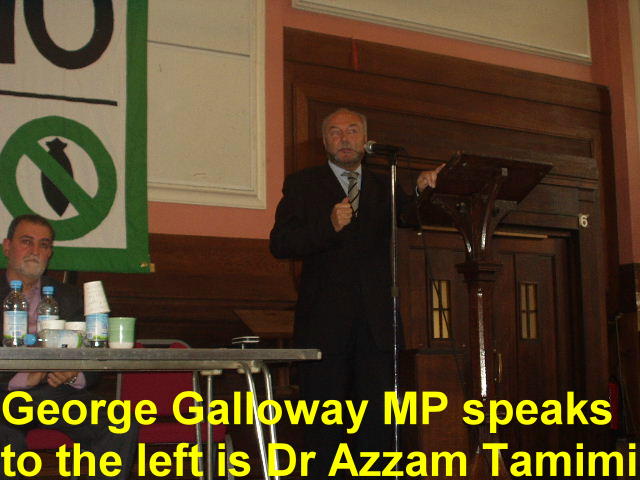 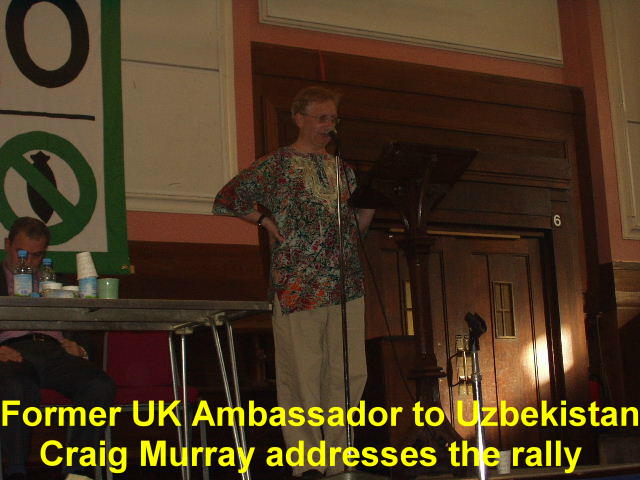 
The 5th annual Stop the War conference was held in Friends meeting house opposite Euston station on Saturday 10th June. On a hot, humid day and with the event clashing with the World Cup the attendance was a very creditable 600 plus. The day ran from 1030 to 1930 and consisted of an opening session with Stop the War president Tony Benn, convenor Lindsey German, Vice President Caroline Lucas MEP and London Metropolitan University lecturer Sami Ramadani. This was followed by a session on `Iran under threat` with writer Dilip Hiro, Kate Hudson of CND, Elaheh Rostami Povey a Lecturer in Development Studies in SOAS (School of Oriental and African studies and Jane Shallice of Iraq Occupation Focus.

After lunch there were a number of workshops including Iraq today, civil liberties and Islamophobia, Palestine, Nepal, Latin America and Africa the foreign wars.

Later there was a session with Military families including Rose Gentle who is determined to meet Tony Blair to ask him why her son Gordon was killed in Iraq.

Then a number of resolutions were voted on and there was a final rally with George Galloway MP, former British Ambassador to Uzbekistan Craig Murray, Jeremy Corbyn MP and Dr Azzam Tamimi of the Institute of Islamic Political Thought (IIPT).

George Galloway said that the warmongers were on the run and that Blair could not go on much longer. He said we should do our best to make sure the Labour Party Conference in September in Manchester is his last as Labour Party leader.

Twelve photos of the day are attached.