Brian Haw 5 years not out!

Here is a short piece with 7 photos of Brian Haw's contimuing vigil in Parliament Square. 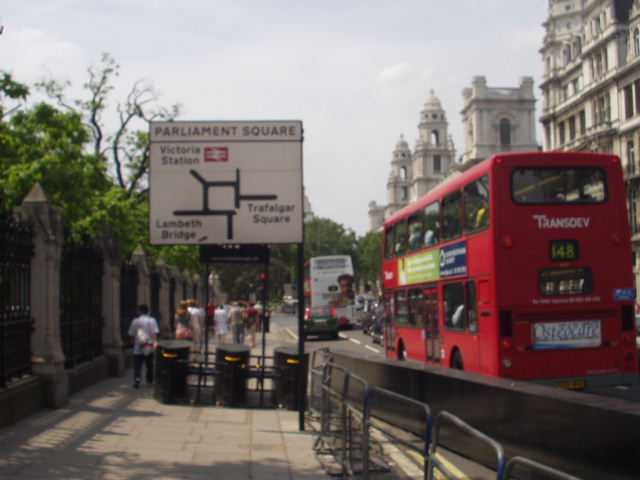 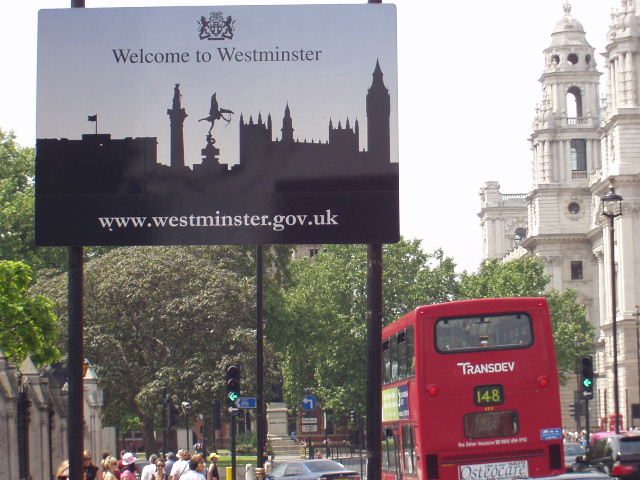 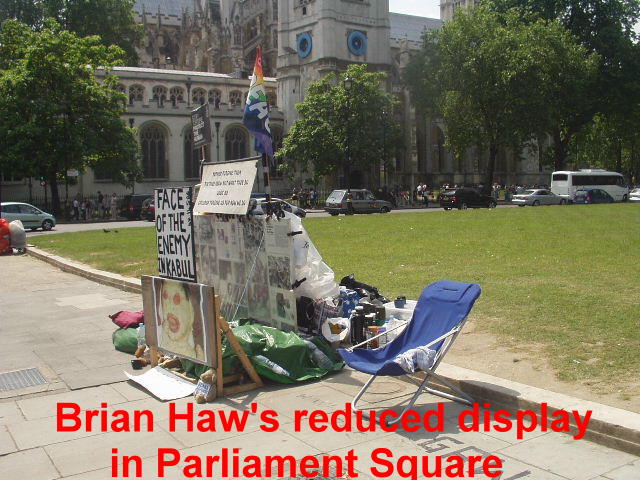 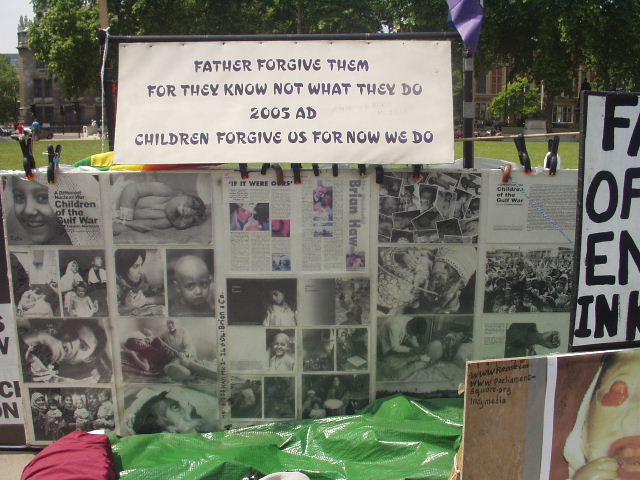 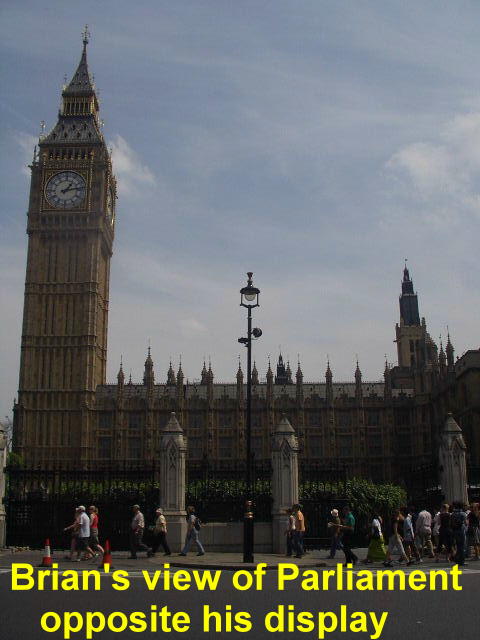 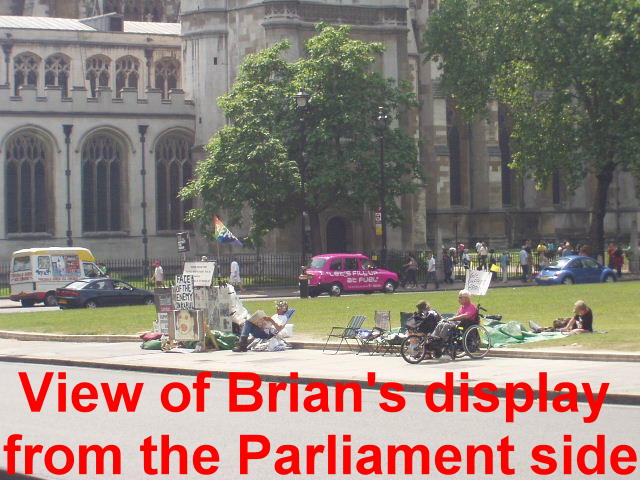 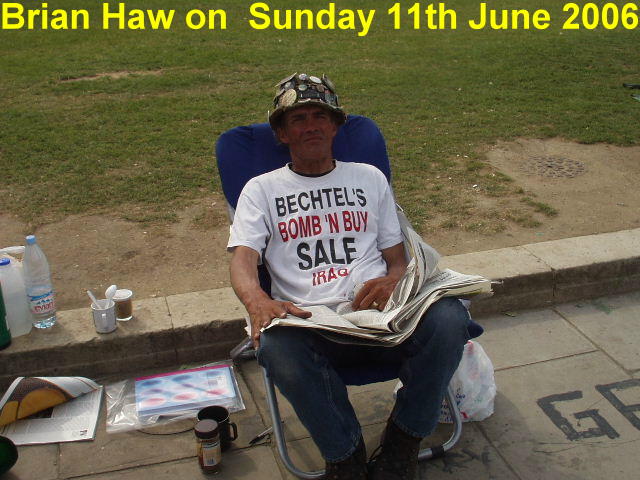 Brian Haw 5 years not out!

His massive display had proved such an embarrassment to the government that they felt compelled to enact new legislation specifically to get rid of Brian. He successfully argued last year that the new legislation did not apply to him as his protest predated it. This May however the Law Lords overturned their earlier decision and Brian’s display came under the remit of SOCPA (the Serious Organised Crime and Police Act 132 (SOCPA 2005). The bill outlaws all "demonstration without authorisation" within 1km of parliament). On Monday May 8th, the Master of the Rolls, Sir Anthony Clarke, Lord Justice Laws and Lady Justice Hallett overturned the decision and refused permission for him to appeal to the House of Lords.

In the early hours of Tuesday morning May 23rd, police moved in to enforce the conditions - putting many banners, pictures and placards in a large metal container. The operation involved 78 officers and cost many thousands.

Though of course bitterly disappointed Brain is continuing with the protest with a smaller display. The full story of the trashing of Brain’s display along with many excellent photos an be found here:


I saw Brian on Sunday June 11th on a weekend down from Edinburgh and I attach some photos of his new display.