There was a good atmosphere as fifty campaigners strolled and rolled from Devonshire Green to Sheffield Town Hall last Saturday. 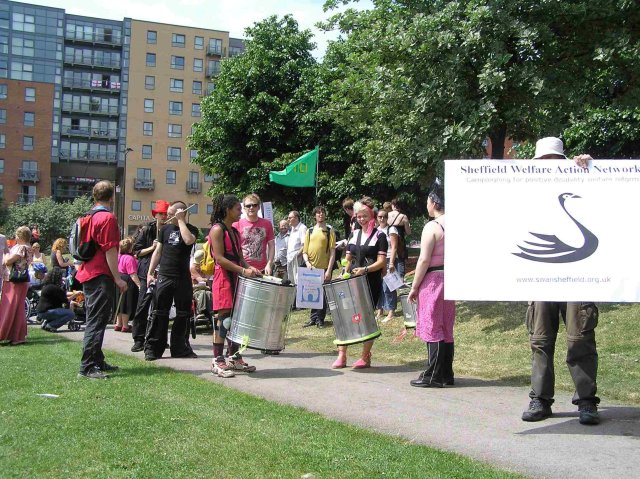 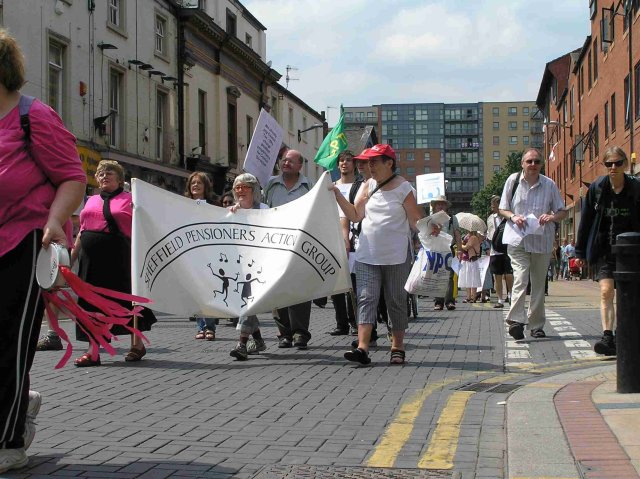 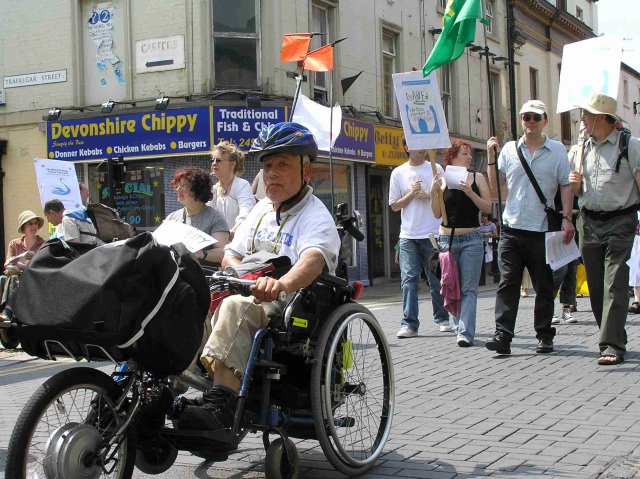 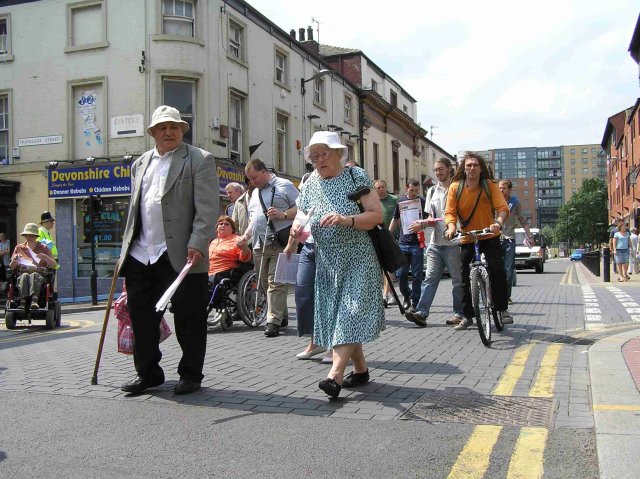 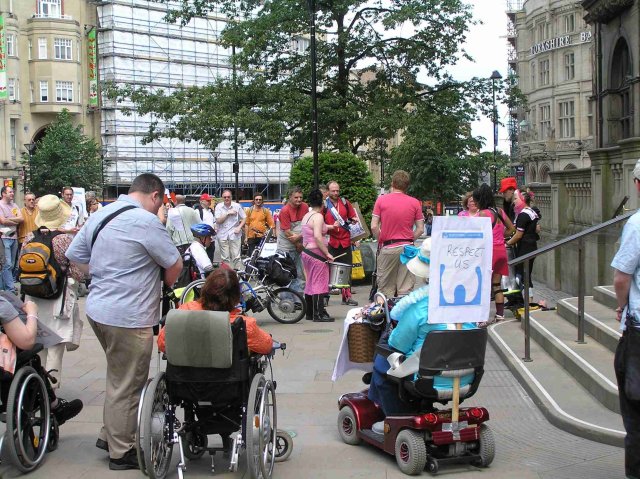 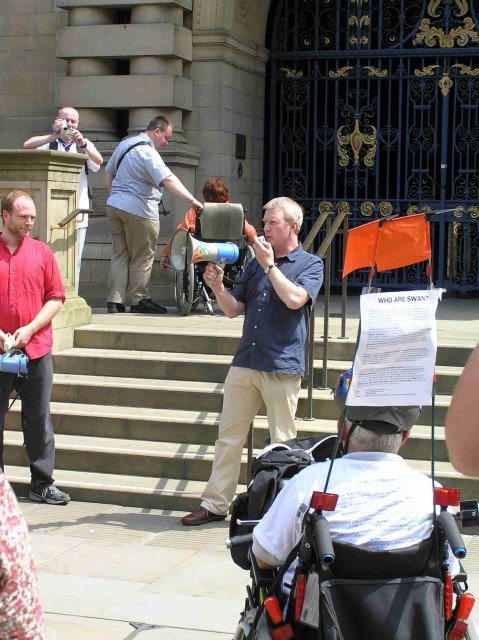 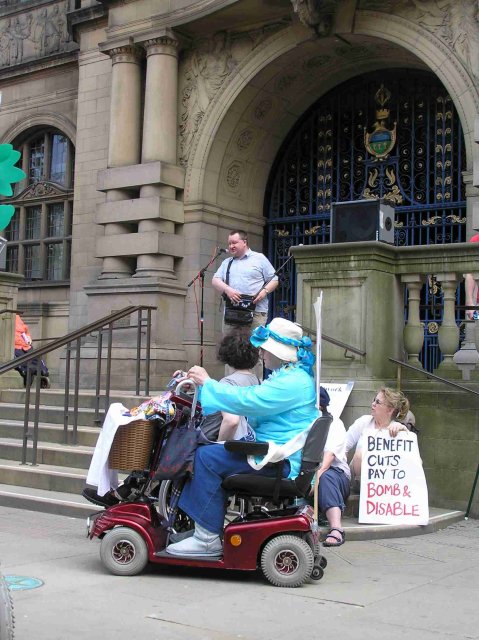 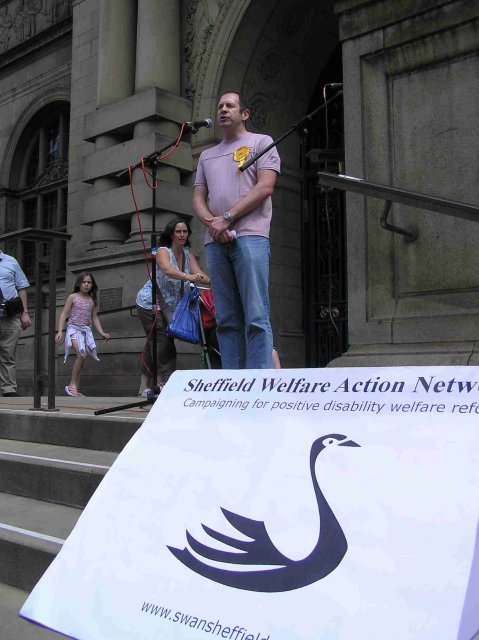 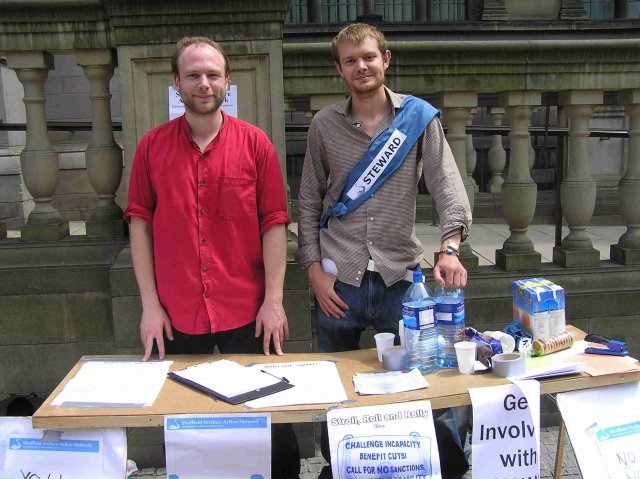 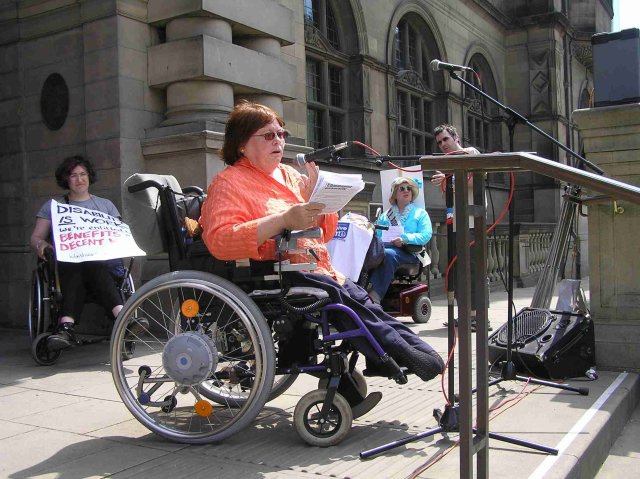 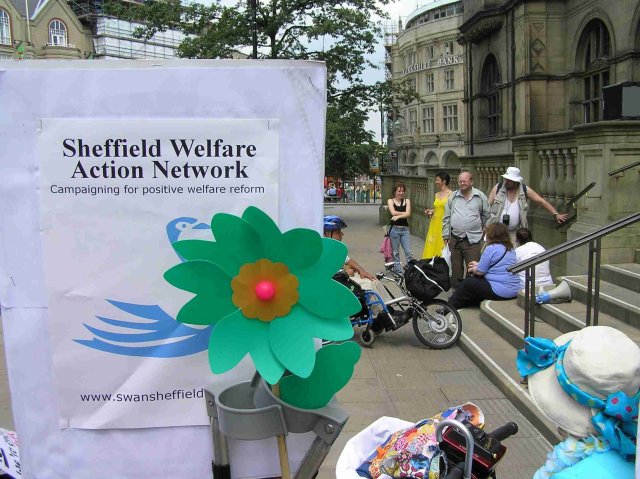 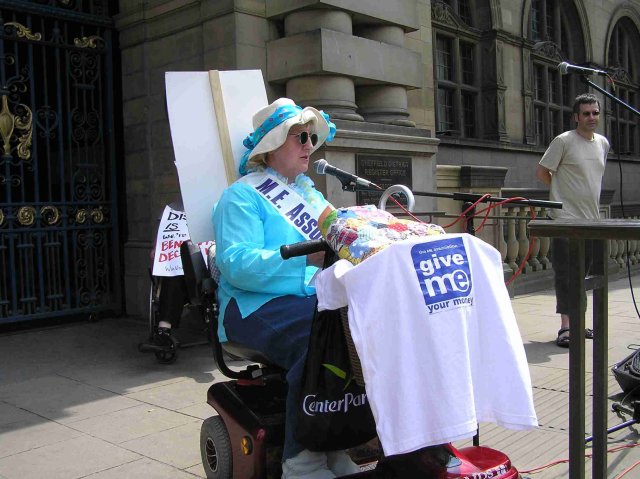 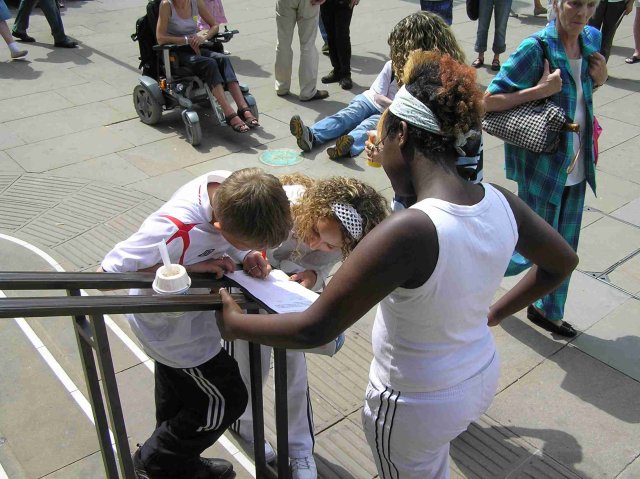 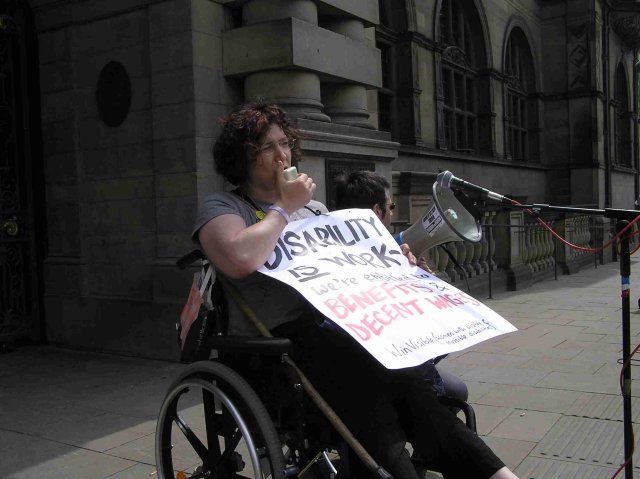 Although the turnout was good several people could not join the protest due to illness or the fear of being seen by DWP staff. This highlights the difficulty of organising and maintaining a campaign where many of those involved can only occasionally spare their energies and where there is a climate of fear.

There is a clear need for the welfare system to be made more humane, creating trust where there is now institutional prejudice. The continual lack of engagement with those actually on the benefits shows the government to be patronising and incompetent. The proposed reforms will not only be unssuccessful in their aims, but will cause further stress and illness for claimants.

The "work ethic" that often causes depression in people unable to work also often means they are assumed to be willingly on the benefits, causing further social isolation. This attitude is prevalent on all sides of the political spectrum and is an indication of the widespread prejudice faced by those with disability and illness. Unions, charities and political groups who do not discuss the realities of disability welfare with claimants have sadly given little support to the campaign.

Hopefully, as the counter-productive nature of the proposed reforms becomes clear, the backing for humane and positive welfare reform will grow. SWAN will be presenting a motion to Sheffield Council in July and will continue to try and raise the profile of this issue.