Chartered Institute of Housing to Distance Itself from Corporate Bullying?

Presently holding a four day conference and exhibition at Harrogate, the Chartered Institute of Housing have received a letter of invitation to check up a few details of one of their guest speakers. Mr. John Callcutt, Chief Executive Officer of English Partnerships is in the firing line. 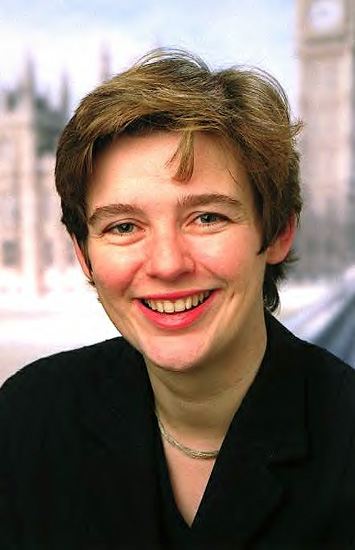 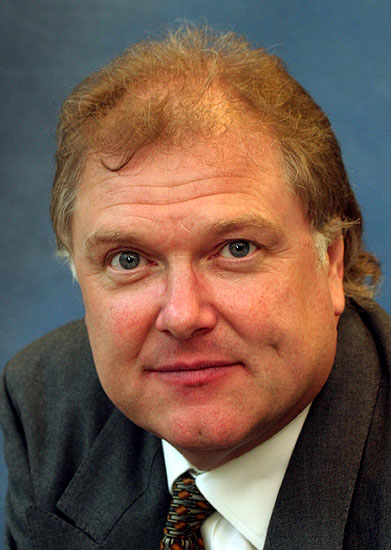 The letter is which is also published on the Family Campaign for Justice website is reproduced below:

The Chartered Institute of Housing Conference and Exhibition

With reference to the above, we kindly refer to yesterday’s telephone conversation with your staff at the Head Office of the Chartered Institute of Housing, (CIH) based at Coventry.

With respect and common courtesy for your organisation, we are contacting CIH and known associates with a view to highlighting our Family Campaign for Social Justice. Accordingly, we would kindly draw your attention to the following public website at

We have noted from the CIH conference website at

http://www.cih-housing.co.uk/ of the highlighted placement of special guest speakers for the above event. They include the Rt Hon Ruth Kelly MP, Secretary of State for Communities and Local Government, and Sir Digby Jones, Director General of the Confederation of British Industry (CBI).

We acknowledge that Sir Digby Jones also serves on the Board of Directors of Business In The Community, (BITC) which as you are probably aware is, “a unique movement of over 700 of the UK's top companies committed to improving their positive impact on society.". We understand that HRH Prince Charles is President of BITC and we wish to inform you that we have already made similar approach directly to him in this matter.

Mr. Callcutt is indicated as a guest speaker in a Plenary Session, “Delivering on the Barker Review” held in association with The Housing Forum, Constructing Excellence, and we understand that he is set to appear alongside fellow speakers, Howard Farrand (Chair) Chief Executive of the Whitefriars Housing Group, Nick Dexter, Housing and Supply Divisional Manager of the Department for Communities and Local Government and Mr. Jon Rouse, Chief Executive, of the Housing Corporation.

We kindly draw to your attention the utmost seriousness of this matter. Our houseboat eviction was not funny, kind or clever. With our five daughters, Hannah, Naomi, Rachel, Rebekah and Jessica, we have lost a perfectly decent, safe and satisfactory Family dream Home of 14 years. We have lost a beautiful ‘way of life’ and most of our personal belongings remain seized and unaccounted for. For the benefit of doubt, we should like to be clear. These events only took place under the direct negligence and subsequent leadership of your appointed guest speaker Mr. John Callcutt.

We believe that it would interest and perhaps may benefit your membership to be also aware of the property developer and home-builder whose organisation, we believe, has failed to live-up-to the, Business in the Community’s, published operating ethos, of Responsible Business Practice, and/or, Corporate Social Responsibility. We kindly refer to Crest Nicholson Plc, the former employer of Mr. John Callcutt, situated at Crest House, Thames Street, Weybridge, Surrey, England. We are seeking Social Justice from this corporate citizen.

We kindly draw to your attention that Mr. John Callcutt was negligent in his primary responsibilities as Crest’s CEO. He failed to enforce the implementation of correct health and safety practice about our Family and our Home. Presently it appears that he has absolved himself from all moral responsibility.

Prior to the wilful act to eradicate and evict our Family and Home from Penarth Marina in Cardiff Bay, Mr. Callcutt indicated that we should rely upon housing association or council housing accommodation in our impending circumstances. As a solicitor, he was well aware that we would become homeless.

From his initial failing in his primary duties, we believe that the entire situation was orchestrated by Mr. Callcutt and fully supported by the Board of Directors of Crest Nicholson Plc. We understand that Stephen Lidgate,* Chair of the Housing Forum is also a Board Director with Crest Nicholson.

Essentially, Crest Plc changed their Group Policy about accepting houseboats at their marina facilities but only from the point in time when the company caused a night time grounding and toppling accident to our Home. Our children were asleep in bed and Marie Louise was eight months pregnant! Mr. Callcutt and Crest Nicholson do not dispute this very serious accident, but in the circumstances, we were immediately invited to leave the marina! Indeed Mr. Callcutt believes he subsequently acted to avoid any possibility of a charge of manslaughter! However, we believe, as documented to the record, that there was a more appropriate, and less heavy-handed way, for him and Crest Nicholson to correct the situation. In any event, we are not aware of any housing association policy, which readily caters for such individual cock-ups or corporate mistakes.

We understand that the CIH four-day conference at Harrogate International Centre is to be based on the success of last years’ event , “which explored the inter-relationship between people, places and performance.”. We will always act with this in mind.

Our circumstances are dire, as we are not enabled to get on with our lives as Mr. Callcutt seems so able to get on with his. Nonetheless, we ask that you will consider our invitation seriously. We kindly ask the Chartered Institute of Housing and its associates to join with us in our Family Campaign for Social Justice from Crest Nicholson Plc.

We confirm that we do not intend to make any presentation at this particular event but in the public interests, we consider it more than appropriate to publish this matter, by any means.

If you should have any reason to believe that CIH members would not be interested in the issues which our Family Campaign for Social Justice may raise, particularly regarding social housing policies, issues and the like, or why you may perhaps believe that we should not address the CIH in any circumstances, we would be very grateful to hear from you immediately.

We genuinely believe that the CIH have a right to know, and would want to know about any bullying conduct especially if such conduct is associated in any way with a guest speaker, or known associate, invited to one of its events. Regardless of whether they are invited to attend such events, we kindly encourage the CIH to distance itself from such behaviour and those who perpetrate it.

We kindly invite the CIH to examine the facts. In particular, the developer involved and the direct involvement of Mr. John Callcutt, who has only recently departed from Crest Nicholson to assume his new responsibilities as Chief Executive Officer of English Partnerships. From our direct experience of his mendacious ways, we are most concerned that this gentleman is never again given the opportunity to regard a Family, a Home and a way of life with such contempt.

We ask again, please CIH, join us in our Family Campaign for Social Justice from Crest Nicholson Plc. We kindly extend our invitation to the CIH to see the full account of the record between us and Mr. Callcutt and his past employer Crest Nicholson Plc.

We wish you every success in your conference. If you have any questions or comments, we would be grateful to hear from you immediately.

With our daughters, Hannah, Naomi, Rachel, Rebekah and Jesscia.

c.c. Any known associates of the Chartered Institute of Housing

The Chartered Institute of Housing Conference and Exhibition 20-23 June 2006 at Harrogate International Centre is the UK’s leading event in the social housing calendar. It’s a magnet that attracts the who’s who of the sector, around 5,000 influential decision makers and those who would like to influence them.