Tyneside Community Action for Refugees (TCAR) organised a demo outside North Shields Reporting Centre. There were also demos outside reporting centres in Leeds, London and Manchester.
No to Deportation! No to detention! 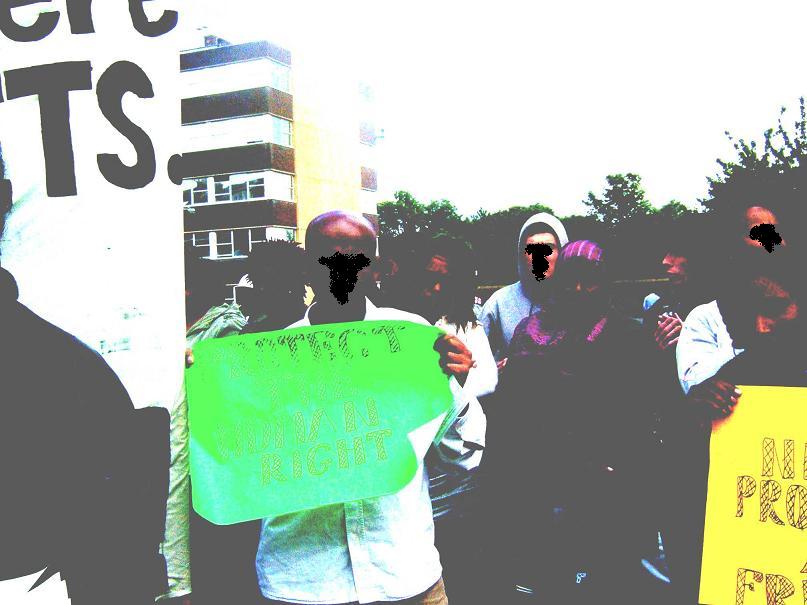 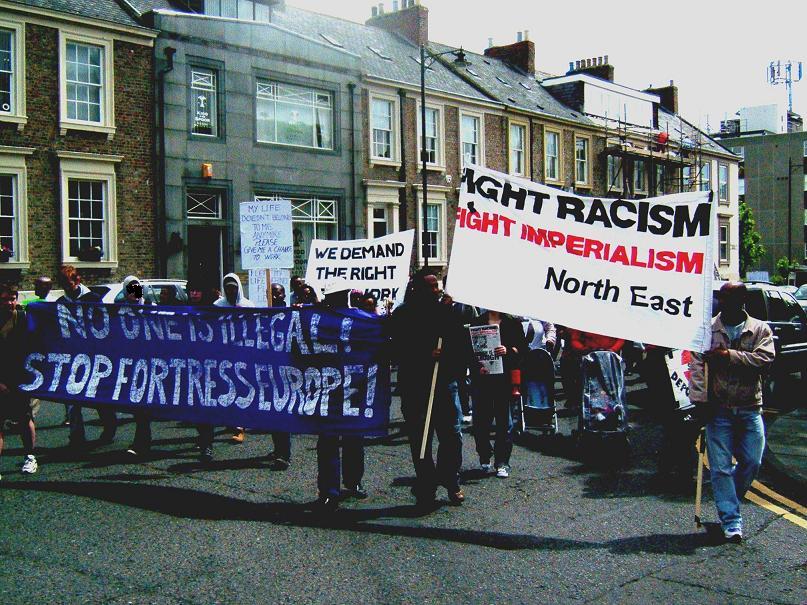 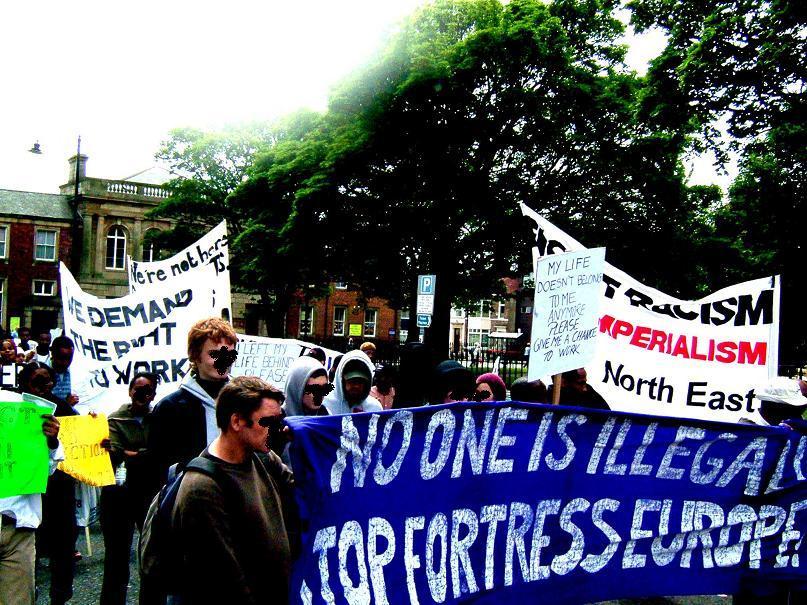 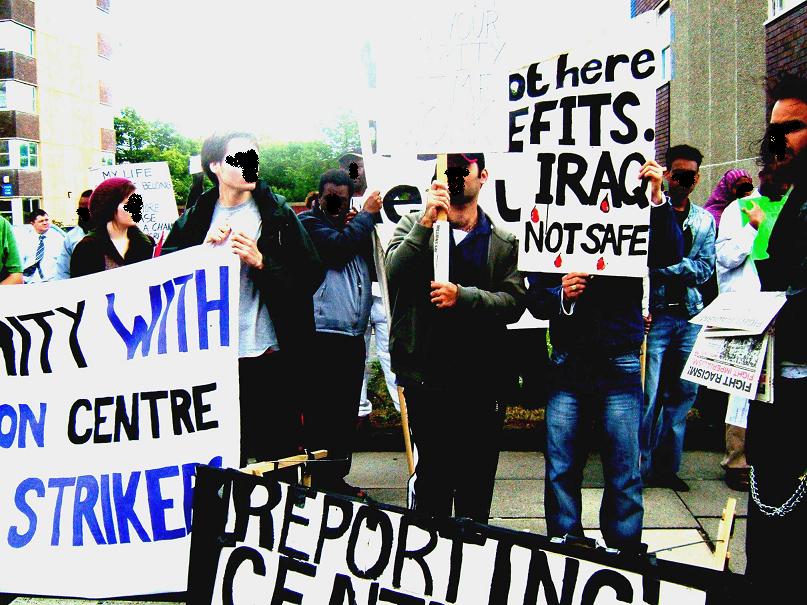 The militant demo was full of energy. There was constant chanting, drumming, whistles and NOISE. There were speakers from Zimbabwae, Eritrea, Iraq and TCAR. The Home Office refused to send a representative to come out and take the list of demands although curiously they sent a separate statement to the local radio station. The whole demonstration booed the Home Office while the demands were read out.

No to dentention! No to the detention of children!
No to deportations! No to dawn raids!
End the criminalisation of asylum seekers!

The demo then marched through the high street of North Shields. The response to the speakers and the chanting was overwhelmingly positive.

This shows that there is massive potential for street actions in defense of asylum seekers in the North East. TCAR will be there. Watch this space!

Was lively and noisy too! Sorry we've got no pics but there were about 20 of us from Fight Racism! Fight Imperialism!, All-African Women's Group, NCADC and others. We read out a solidarity message sent down by TCAR, shouted, sloganised and danced around the pavement! We are going to be doing regular monthly demos from now on so anyone who wants to come please do. The next one is on 5 July 1-2pm.

Communications House is not in the middle of nowhere. It is in central London right next to the city, and most people who walk past it have no idea what it is. We want to start changing that!