ex-sergeant major edwin will be accompanied by a piper, some sambaistas and some jugglers as he begins his freedom march at parliament square on sunday 2nd july at 2pm 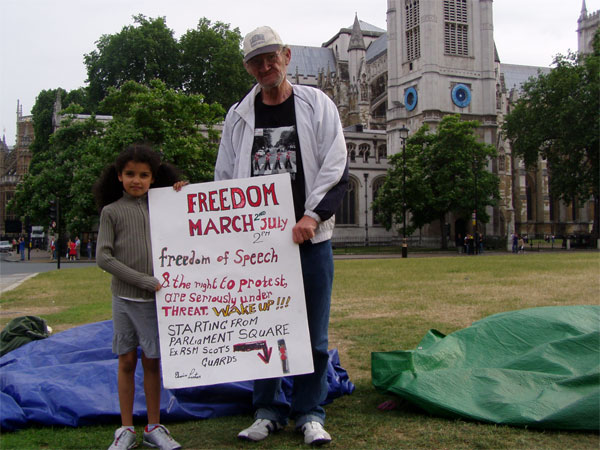 edwin and friend with banner in the square

the ex-sergeant major (royal scots) has been spending time with brian haw over the past few months. incensed at this government's attacks on the very freedoms he has previously fought for, he is will be leading an unauthorised march starting from parliament square at 2pm on sunday afternoon. he will be accompanied by jugglers, a piper, and a small samba band from 'cardboard citizens'.

members of the public are very welcome to join him on the march, and although there is some risk of arrest associated with any such event, the more that participate, the less likely the police intervention. members of the press will be in attendance too.