When is a demonstration not a demonstration? That's a question that SOCPA followers have been asking for almost a year now, as ever more people come before the judge as Serious Criminals.

Today we got a clue, inasmuch as it seems that wealth and power might have a bit to do with it. Britain's top bosses marched straight through the SOCPA zone to the Home Office - author of that law - without a constable in sight. 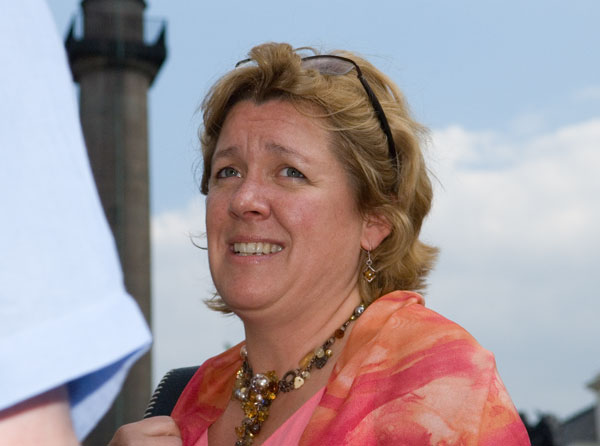 Riley: "SOCPA doesn't apply to us" 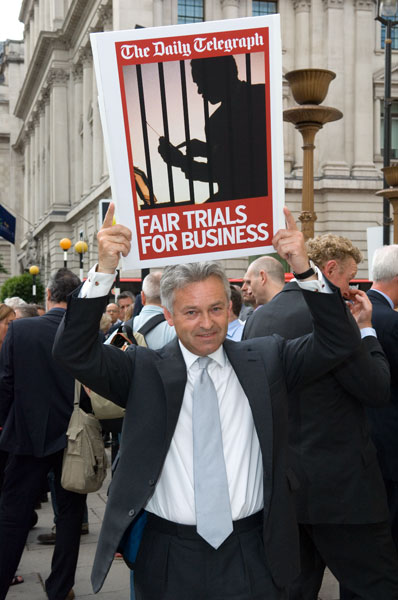 Despite banners, this is claimed to not be a demonstration. 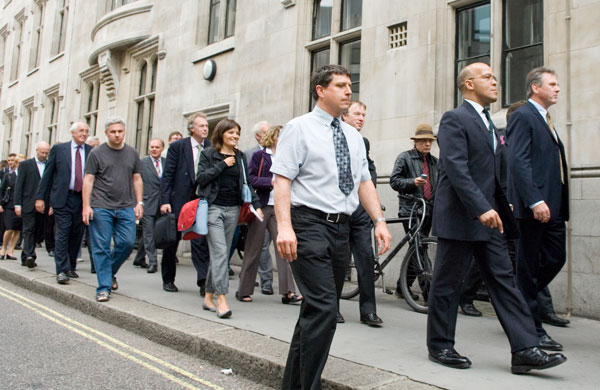 The demonstration proceeds towards the Home Office 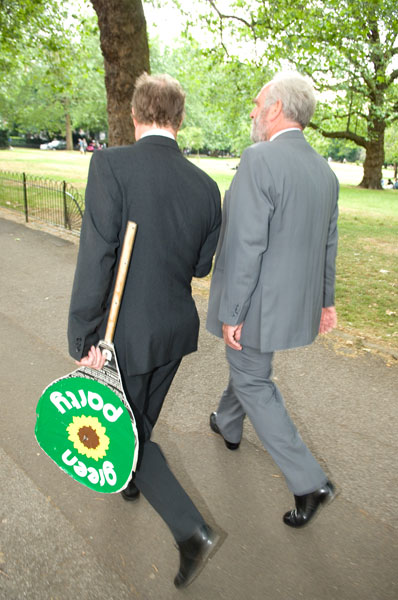 Not a demonstration? Here's another banner. 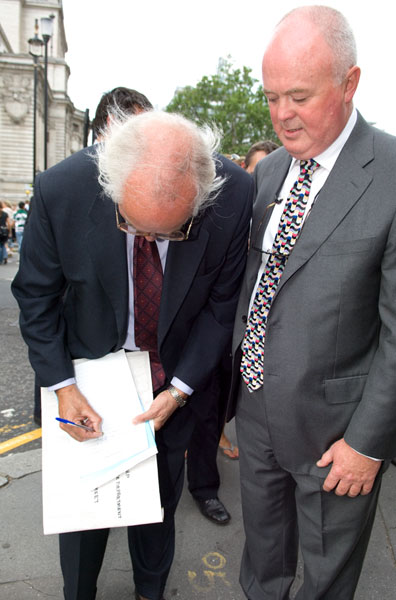 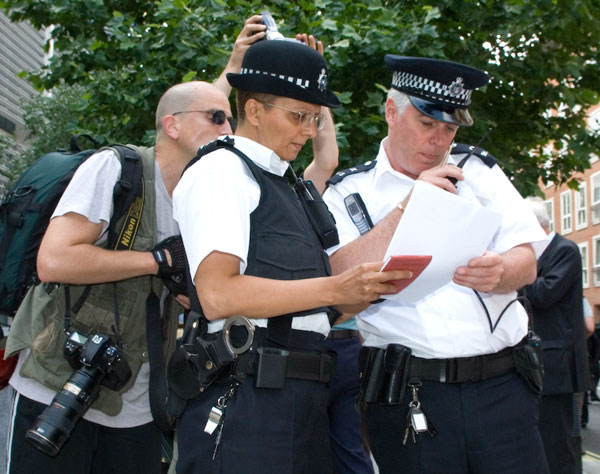 Police check the legality of the march. 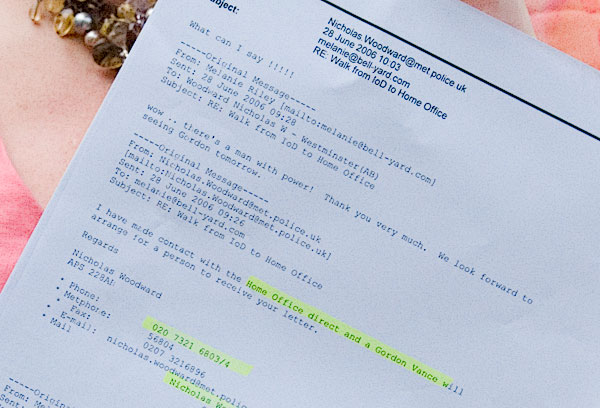 This says the police knew, but turned blind eye. 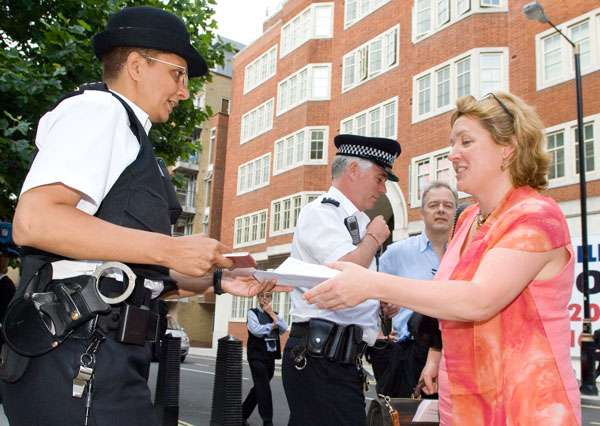 Thanks madame, mind how you go...

Asked at the start if she could be photographed with her SOCPA consent form, Melanie Riley of Bell Yard - the Institute of Directors' spin doctors - said:

And indeed it didn't, for despite two motor cycle police at the start calling in the illegal demo, not one officer arrived to challenge the march.

The march - or actually a procession, according to the lawyer seen in the above pictures with the Green Party banner - of one hundred and forty three people, (according to IoD spokesman Karl Watkins) wound its way through central London to the Home Office.

At our arrival at the Home Office we were finally challenged by the police. 2 officers arrived in a car and spoke with Ms Riley who produced an e-mail from Nicolas

"I've made contact with the Home Office direct and a Gordon Vance will arrange for a person to receive your letter".

Some questions need to be asked. Once again, as the latest Home Secretary would say, this is not a department fit for purpose.