Birmingham NoBorders and Birmingham Anti-Racist Campaign held their monthly picket today (30 June) at the Immigration Reporting Centre in Solihull. Once again, they were there to protest against the inhumane treatment of asylum seekers throughout the border regime, from the weekly reporting, snatch squads and dawn raids, to deportation and detention centres.

Besides the usual banners and placards, chanting, noise-making and leafleting, there was also a visual consisting of hand-made 'grave stones', from the ARC vigil last week, bearing the details and stories of asylum seekers who took their own lives while awaiting the Home Office's decision or incarcerated in detention centres. Their names were read out and the stories of some were told.

Just before 2pm, two asylum seekers, handcuffed and accompanied by two police officers, arrived and were 'delivered' to Sandford House, in a live demonstration of what this place is all about. They were dressed in white jump suits and the police were carrying their clothes and stuff in clear plastic bags, presumably because they had been nicked whilst working in a factory or something. Obviously the protesters couldn't do more than angrily shout "Let them go" and "Asylum is not a crime". 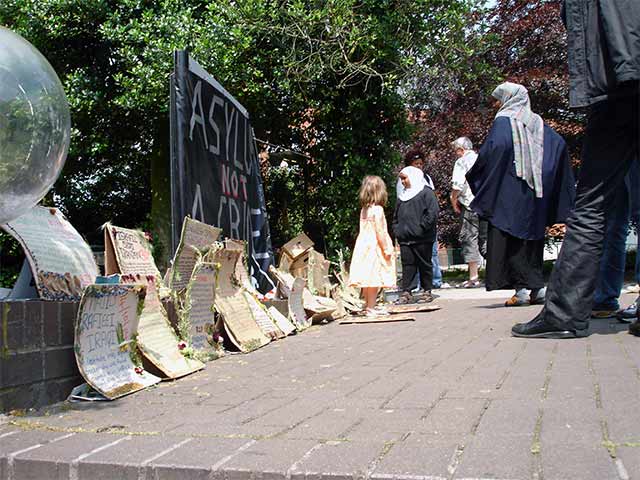 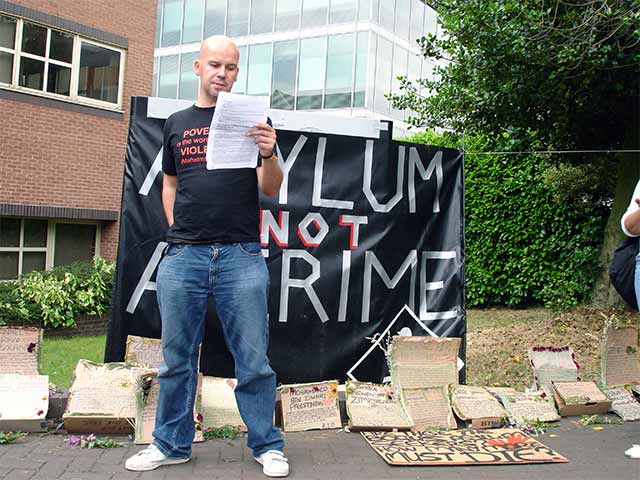 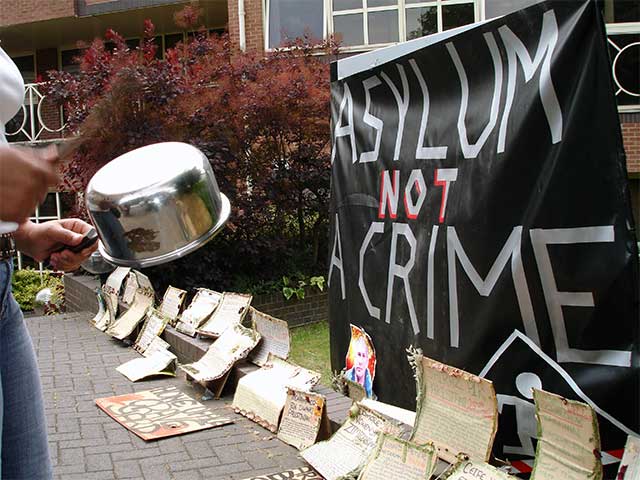 and demanding justice for the living 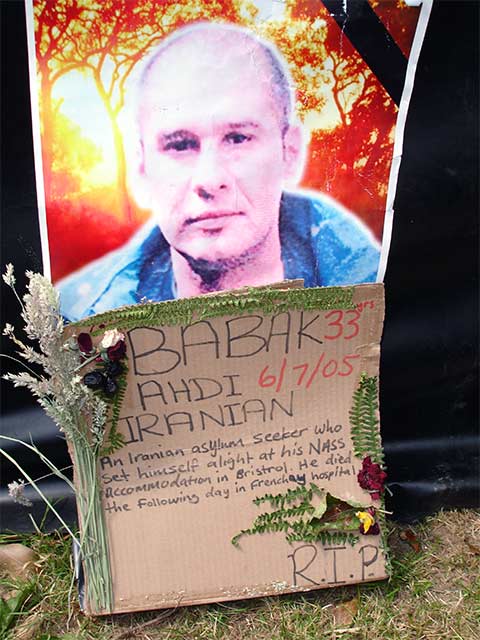 Babek, one of many victims 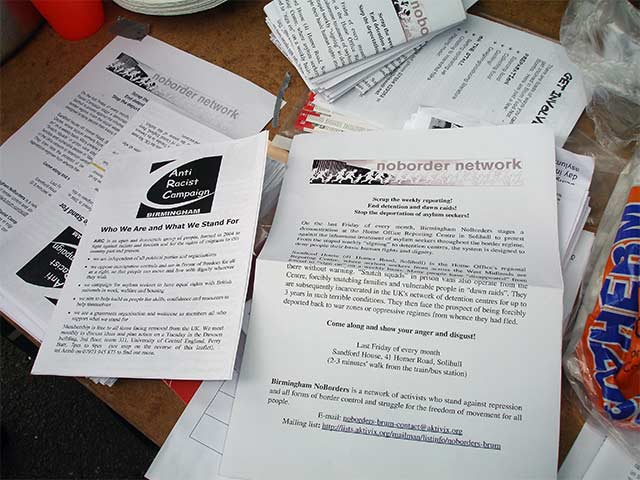 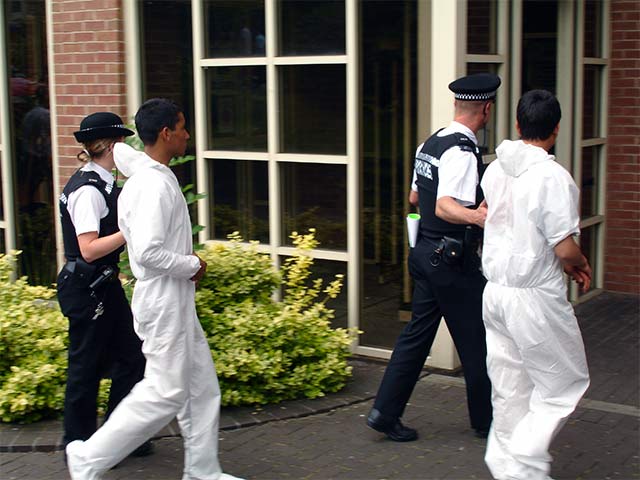 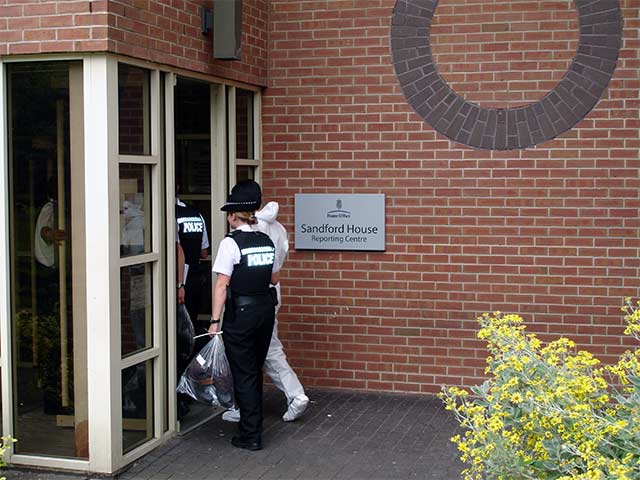 and delivered to Sandford House

Sandford House (41 Homer Road, Solihull) is the Home Office's regional reporting centre, where asylum seekers from across the West Midlands are forced to travel all the way, every week, to 'sign on', further contributing to their systematic impoverishment and humiliation by the border regime.

Many people disappear from Sandford House without warning when they go there to report. People are picked off by immigration officials, then forcibly "restrained" by yellow-shirted security and then held 'securely' in Sandford House before being interned in Britain's network of detention centres, where they can face years of incarceration before being deported to unsafe countries from whence they have fled. Snatch squads, which forcibly snatch families and vulnerable people in dawn raids, also operate from the centre, driving white Securicor vans. [audio report of the snatch squads operating from Sandford House]