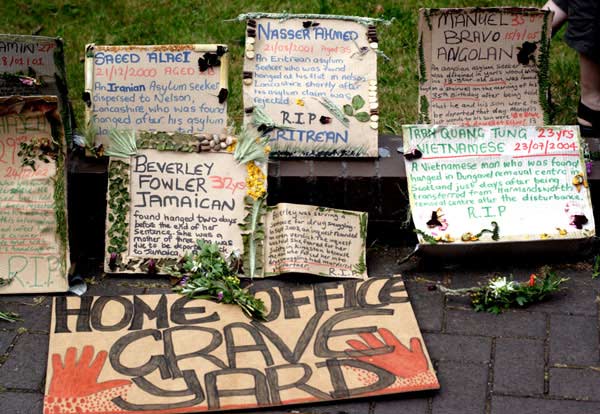 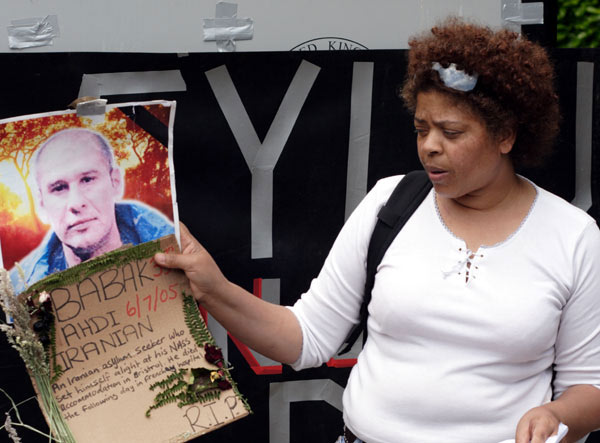 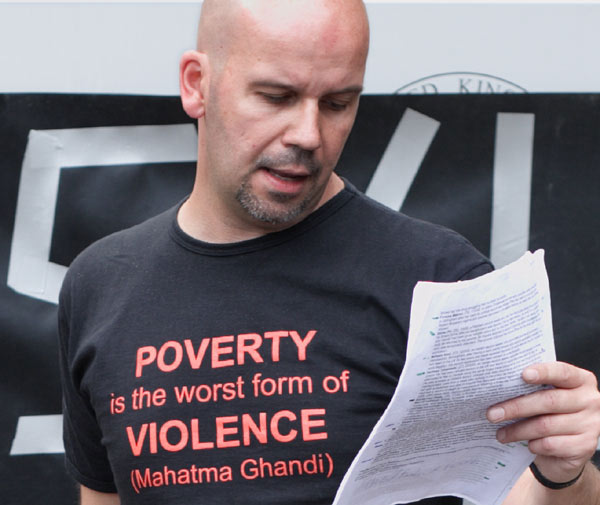 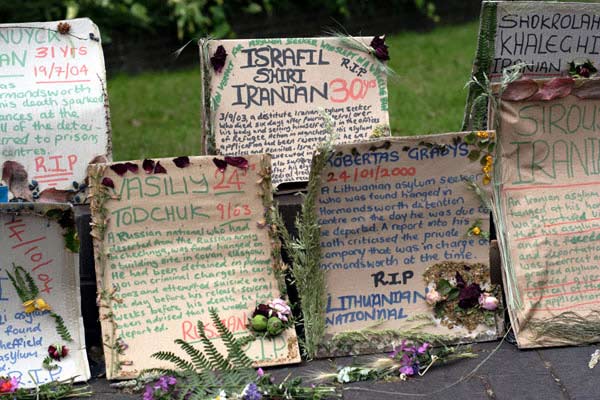 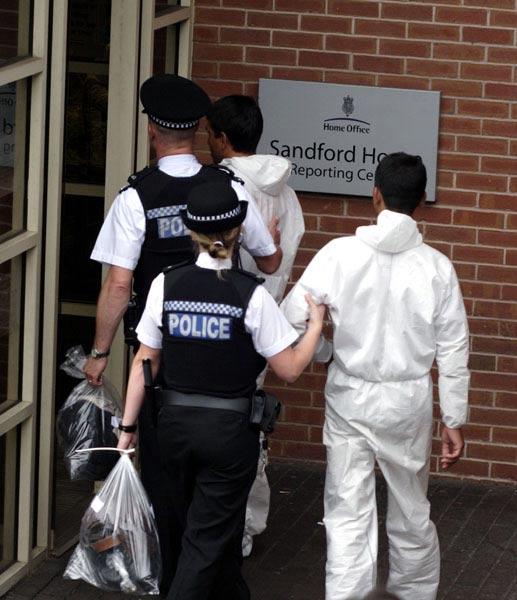 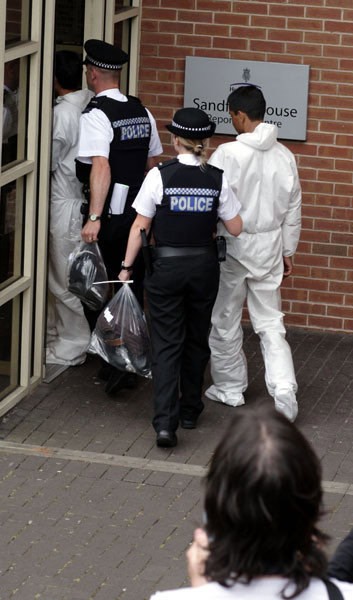 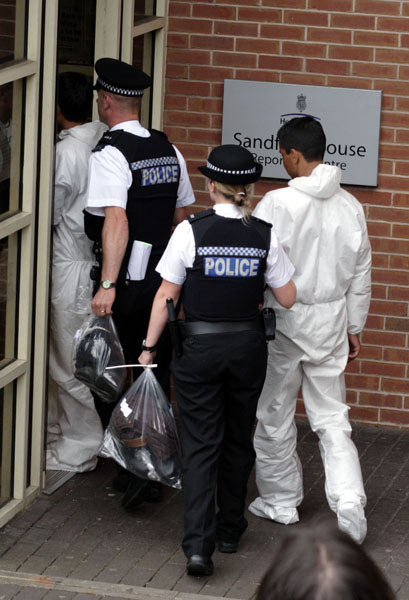 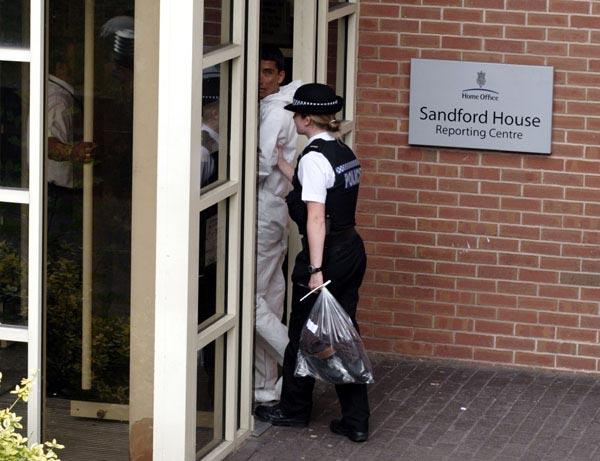 An on going monthly picket today (30 June) was held by Birmingham NoBorders and Birmingham Anti-Racist Campaign at the Immigration Reporting Centre in Solihull, with the usual array of banners, placards, leafleting, and cacophony of noise-making and chanting,
There was also a visual display of hand-made 'grave stones', from the ARC vigil last week, bearing the details and stories of asylum seekers who took their own lives incarcerated in detention centres or having given up hope whilst awaiting the Home Office decision A selection of such victims stories were read and told.

Asylum seekers in the West Midlands are required to travel, every week, to 'sign on' at Sandford House (Homer Road, Solihull) is the Home Office's regional reporting centre. No account by the Home Office of the difficulty by dispersion or the impoverishment various ‘no work’ rules create, is of course taken when insisting of such a dictate.
Sandford House is the point where many asylum seekers disappear without warning whilst complying with reporting requirements. People are picked off by immigration officials forcibly "restrained" by yellow-shirted security and then held 'securely' in Sandford House before being bussed out to be interned in any one of the network of Britain’s detention centres, where they may spend years of incarceration before deported back to unsafe countries from whence they had fled. Snatch squads also operate from the centre, these are deployed to forcibly snatch families and vulnerable people in dawn raids,

An illustration of such an everyday scenario, happened round about 2 pm when two asylum seekers, accompanied by police officers, were 'delivered' to Sandford House. They were dressed in forensic white jump suits and their footwear replaced by cloth forensic slip overs. Presumably to make any attempt at absconding difficult should they have been fortunate enough to execute The removed shoes and cloths were carried by the ‘bill’ in plastic bags, The protesters greeted the police with angry shouts "Let them go" and "Asylum is not a crime".