edwin is setting off on a 'freedom march' round britain, giving talks and meeting people along the way to publicise the massive restrictions on freedom that this government has been responsible for. 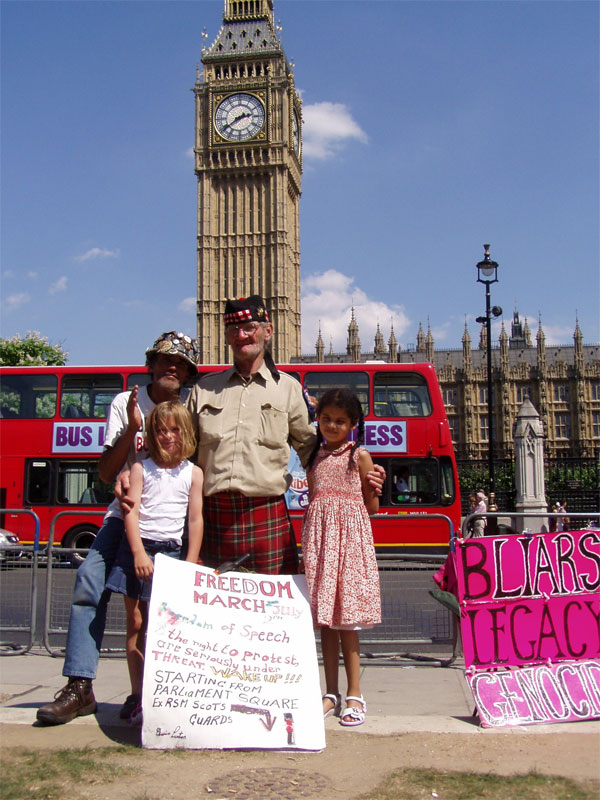 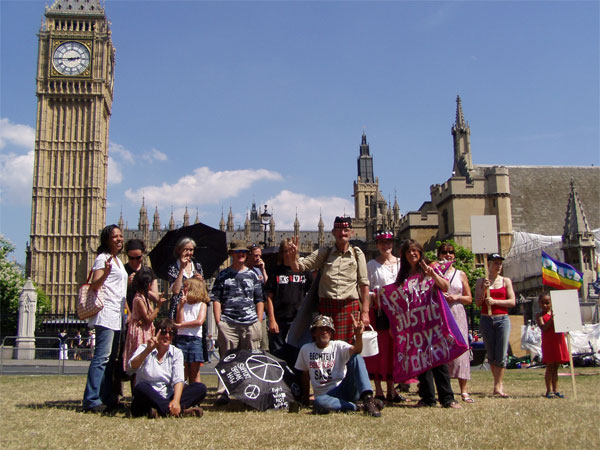 supporters gather to give him a happy send-off 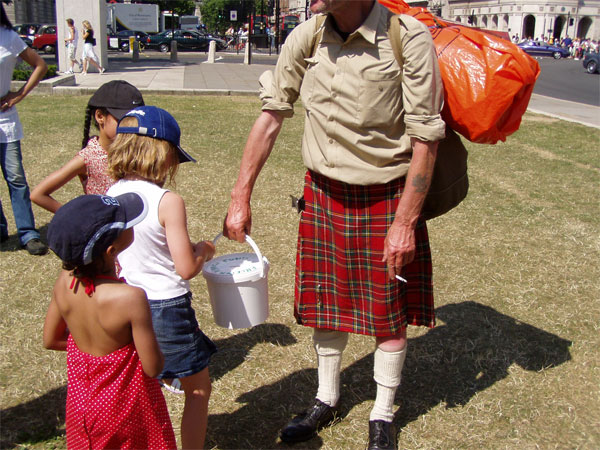 the first coins in his collection bucket

friends of edwin and supporters of brian haw came together today in parliament square this afternoon to give tribute to the ex-sergeant major as he sets off on his epic march round the country. his first target is to reach wales, where he will giev a series of talks.

edwin has been a staunch supporter of brian haw's for many months now, sleeping over at the square and helping protect brian from harm. he has now decided to do his 'outreach' project, as he is concerned that people outside london are even more oblivious to the government assaults on our freedoms than those in the capital.

some children helped start his collection bucket which he hopes will help fund his work. brian gave a short emotional speech thanking edwin for his care and support, and then, banner in hand and kitbag on his back, he set off in the blazing sunshine, heading west out of the square.

he will be missed.