It can be frustrating dealing with the upper echelon of the ALP - they seem to prefer licking the hand of the Shock Jockery. 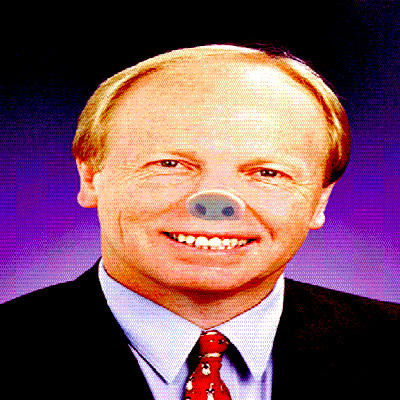 I give you Peter Beattie

AUSTRALIA: We libertarian socialists sometimes despair we will never find a partner for peace with the suits of the official democratic socialist elite. But we have to keep trying.

One day they will learn how to use the net I'm so sure.

We have called for federal intervention in Qld and we have not heard one damn thing back about that.

Don't these morons read the papers?

The minority opinion of Justice Kirby and the activities of the ' terrorists' and ' anarchists' within the Liberal party all combine and all make for an impressive looking thunderhead ...and all its heading the ALP's way.

The basic bedrock principle seems clear - indefinite administrative detention is wrong in law - it must not stand.

Simply because a few loose cannon ALP premiers and police Ministers driven by bad polling, worse oppositions and shock jock lunacy on a Rwandan radio level have decided to flirt with fascism is simply not good enough for a party posing as democratic socialist today.

That is why I call for UN intervention today.

The report is available online.

Significantly, six of the eighteen most repressive governments--those of China, Cuba, Eritrea, Saudi Arabia, Sudan, and Zimbabwe--are members of the Commission on Human Rights (CHR), representing nearly 11 percent of the 53-member body.

It seems obvious that some or all of these six would just love to ' get something' on other hypocritical nations that enjoy showboating on these issues.

Well here it is folks.

I give you Peter Beattie.

Howard has overcome his repugnance for certain people and issues in the past. He has expressed a contempt for the UN in the past...but that wont stop him exploiting a wedge and a very effective one too.

If your opponents are all over the shop on such a vital issue then why not expose their fatal flaws for all the world to see?

All friends of the idea of effective opposition need to move fast on this and defuse it now well before the election.

We do the right thing on this issue and we create a stronger united front against Hitlerian Howardism - whats wrong with that strategy?

Hit me up on IM - I can't respond to comments here unless I'm at the library. TIA

Independence from the Neo Cons

The democratic socialist parties of the UK, USA and Au look sick - this could be terminal.

Don't forget the other colony...

Like Canada's any better... our "liberal" party is a joke, our "leftist" NDP is a joke, and the only party worse is currently in power.