International Protest Day calls for the end of Guantánamo Bay

International Protest Day calls for the end of Guantánamo Bay 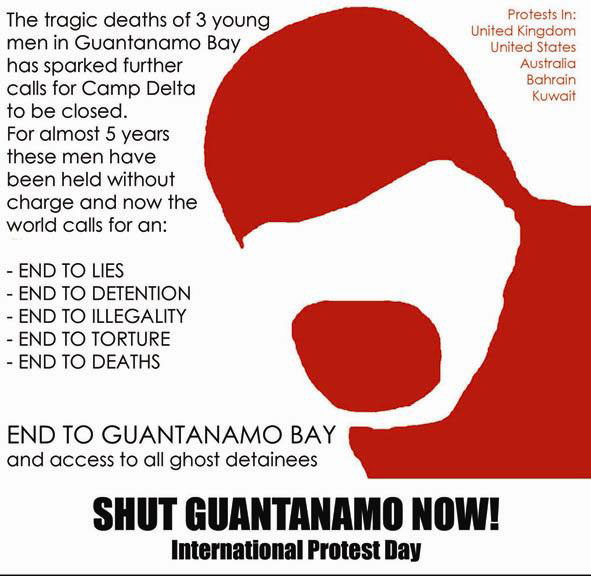 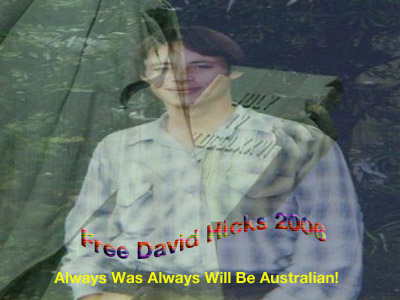 The recent tragic death of three detainees whilst detained in Camp Delta has resulted in renewed calls for the facility to be closed down. These men along with hundreds of other innocent people have been arrested unlawfully and detained with neither charge nor trial.

Reports of inhumane treatment and torture of both physical and psychological have been revealed to face detainees daily when imprisoned at the base. The international community along with the UN have persistently called for closure of Guantanamo and regardless of much pressure, very little has been carried out in order to getting any closer to the permanent closure of the base.

On the 15th of July 2006, Cageprisoners as part of the National Guantánamo Coalition along with many supporting organisations has called for an International Day of Protest demanding the closure of the base. The demonstrations call to the end of detention, illegality, torture, deaths and Guantanamo Bay as a whole.

The worldwide demonstrations will be held in the United States, Australia, Yemen, Kuwait and Bahrain. The participation of countries worldwide highlights the coming together of people of all different races and religions in order to protest as one body against Camp Delta, and demand for the detainees to be given their basic human rights.

The demonstration will make its way through central London, passing by the Home and Foreign Offices, and arrive outside the US Embassy where a number of speakers will call for the end to injustice.

For further details, you can download the flyer at: