The G8 Summit in St Petersburg is having major impacts on the lives of ordinary Russians and visitors and students in the country. This is the first report from embedded contacts. 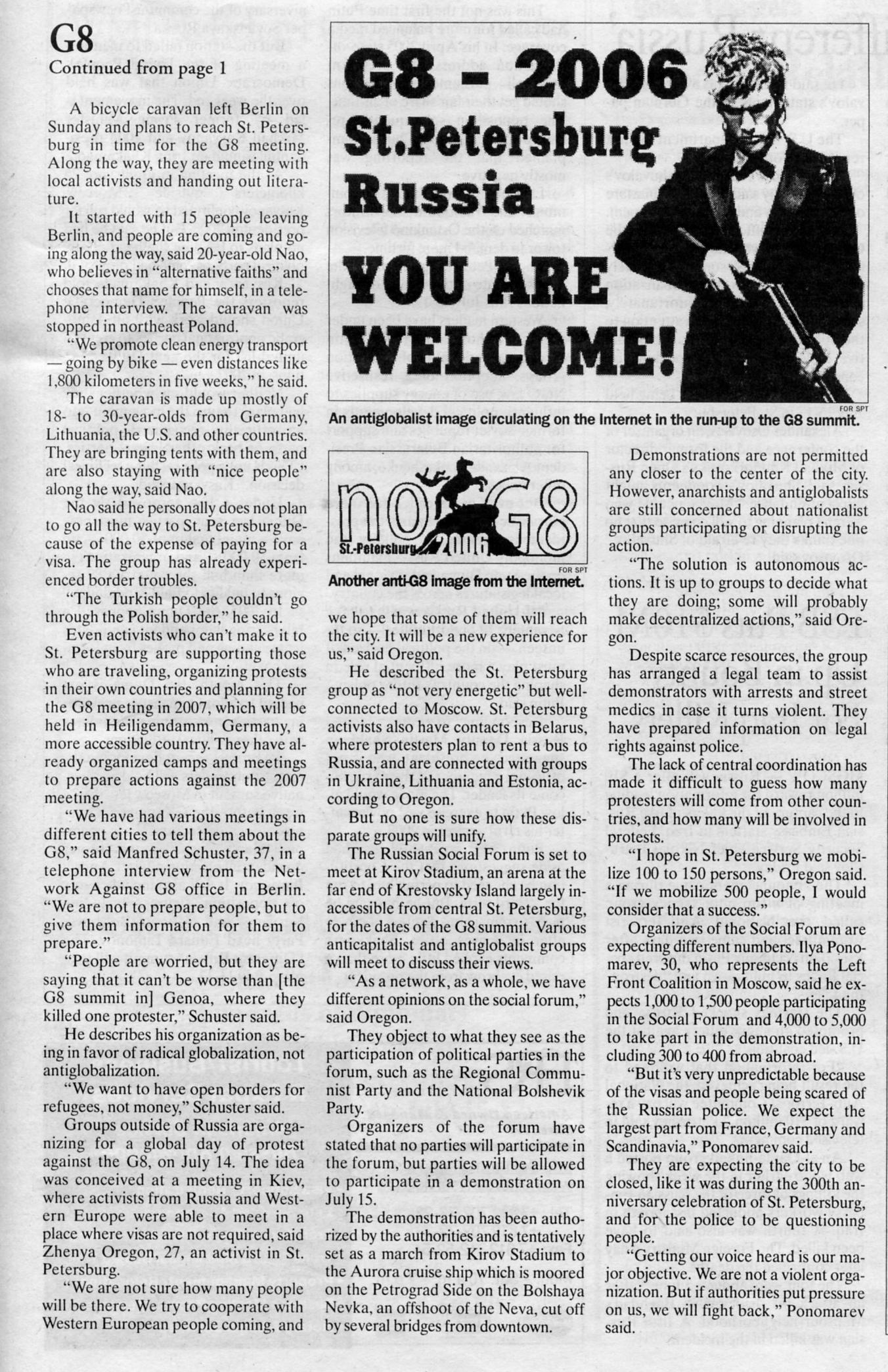 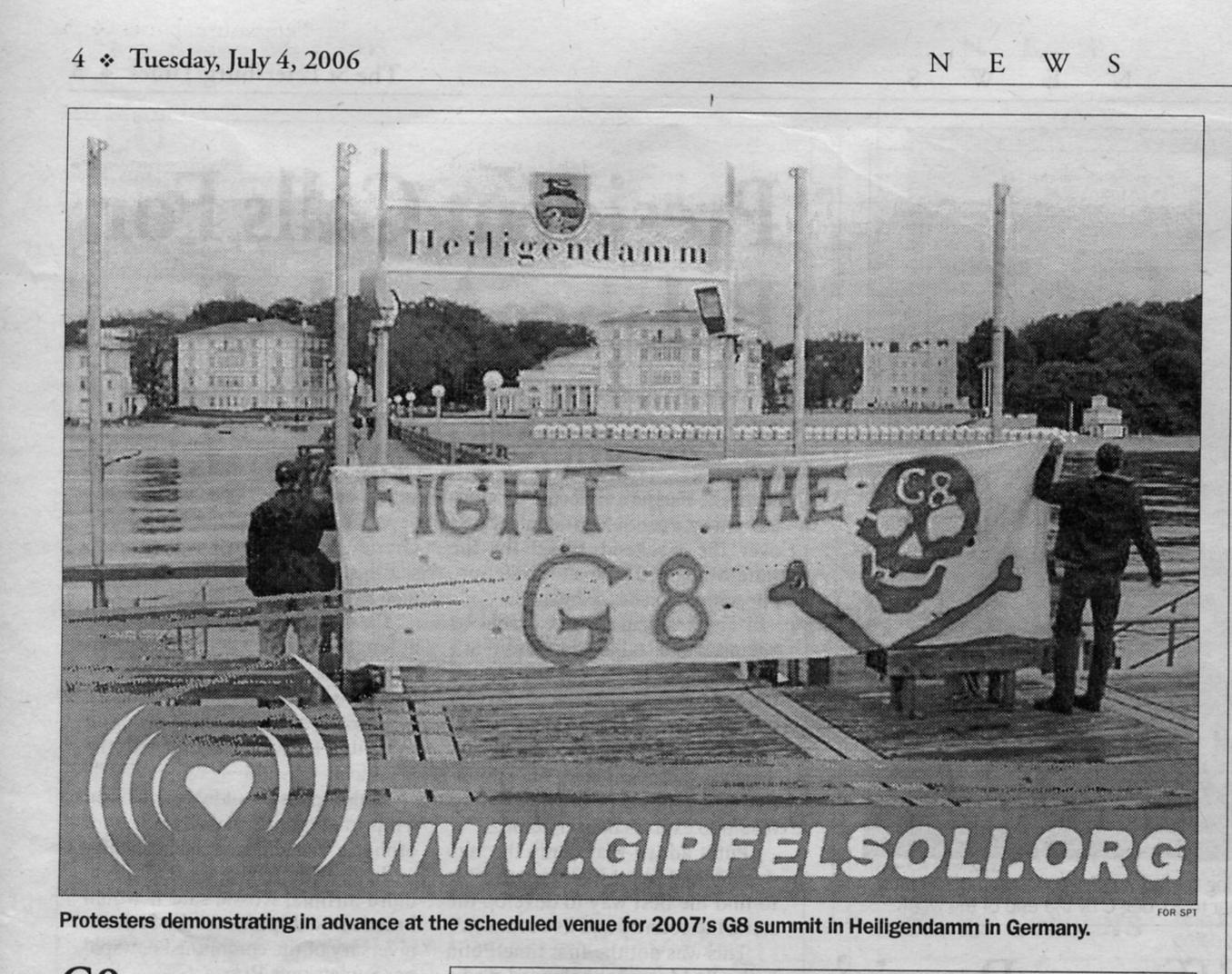 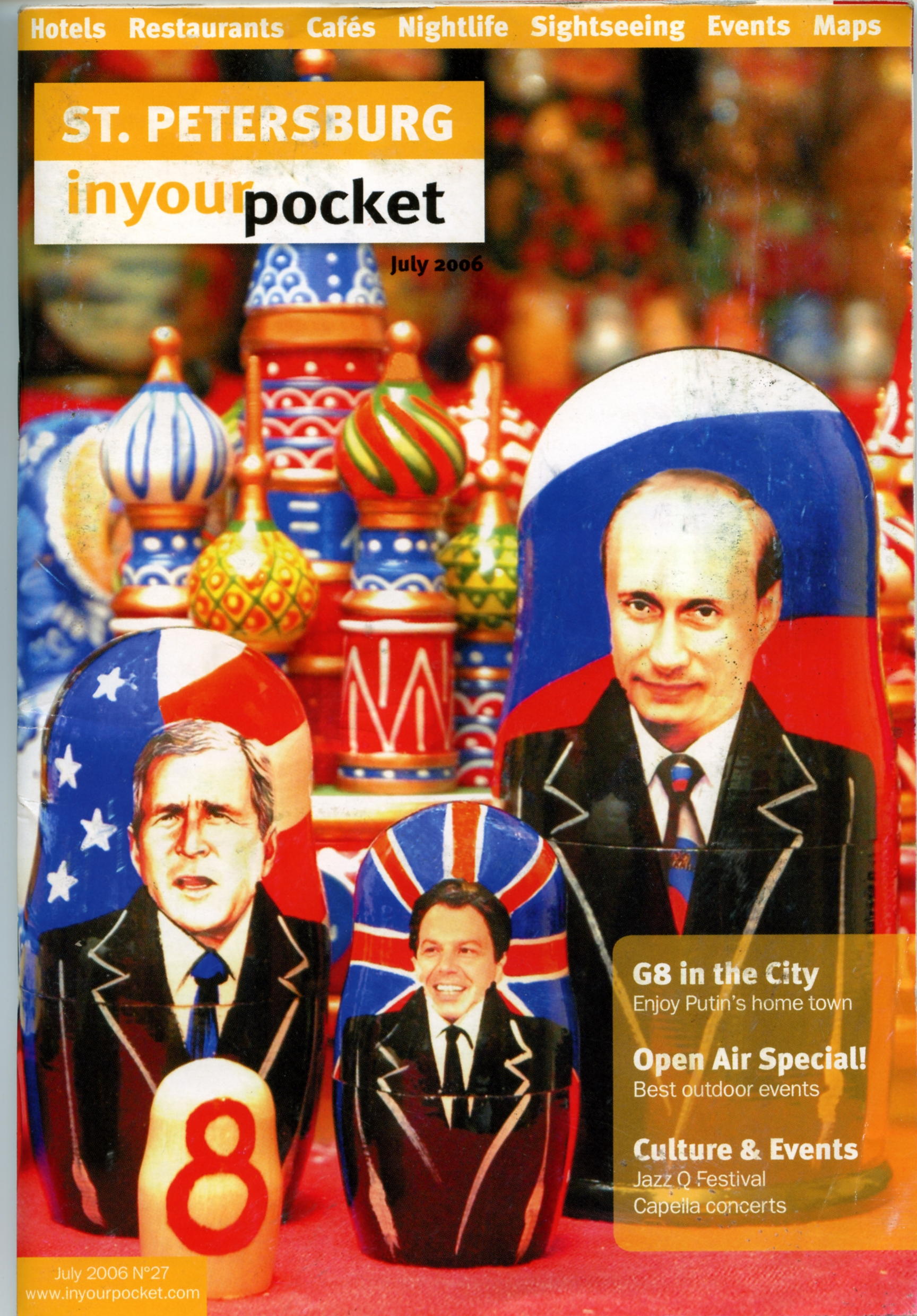 St Petersburg In Your Pocket (1) 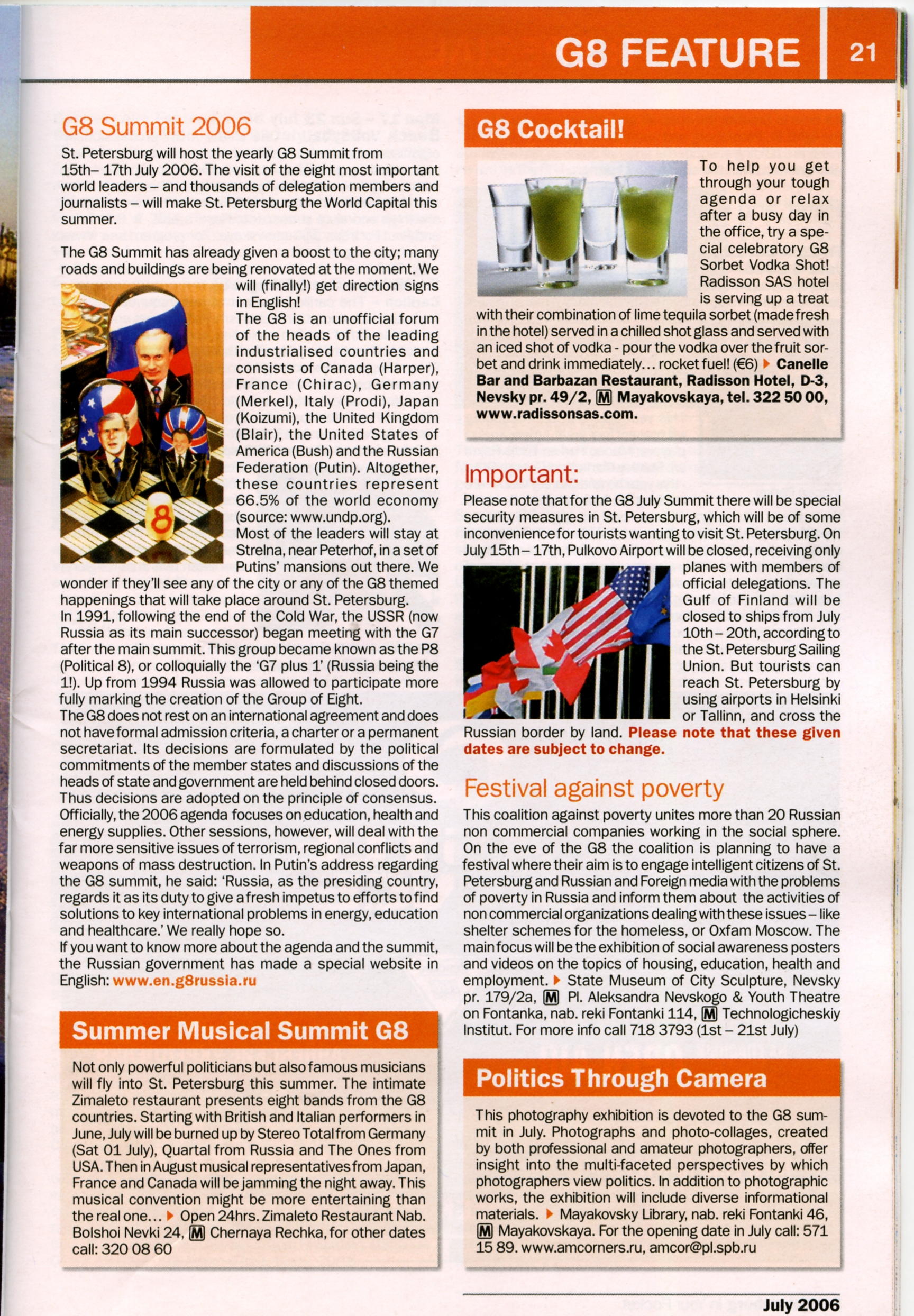 St Petersburg In Your Pocket (2)

So, you want to hold an international conference of the most powerful people on the planet, and you want to do it in Russia ? OK then, that means we'll have to shut the airport, completely, to everyone, and set up massive identity checkpoints and patrols. People that want to cross the border by foot or by bike, definitely turn them back, they're going to be trouble-making foreigners with activism in mind...The G8 has landed - and is busy making life awkward for citizens and foreign visitors alike. This note from contacts embedded in the City of St Petersburg points to the dramatically increased levels of suspicion : "With the increased police presence on the streets due to the upcoming G8 summit, [we] recommend that you carry your original passport and registration with you for the next 2 to 3 weeks. There seems to be the increased possibility of any of us being stopped for document checks, so we believe it would be best to have your original documents with you at this time. Do guard them carefully so as not to spoil your plans!" We hope to be receiving some longer structured reports from the G8 Summit City later on in the month. Scans of sample media pages are attached.