Today a sucessfull public action against the G8 took place in central moscow. 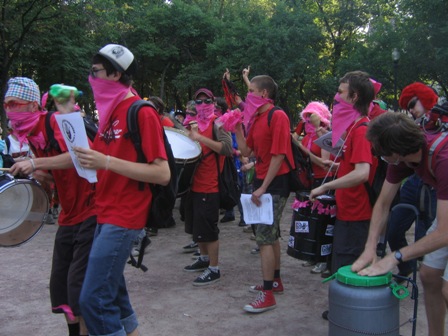 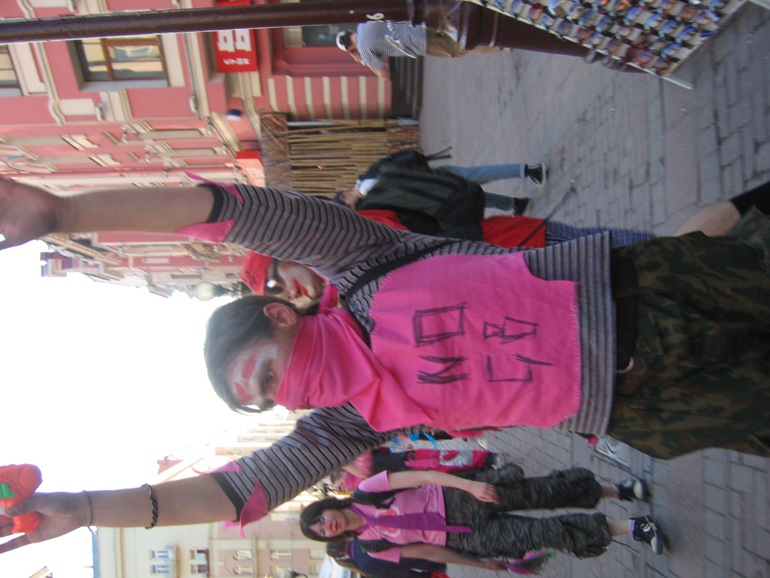 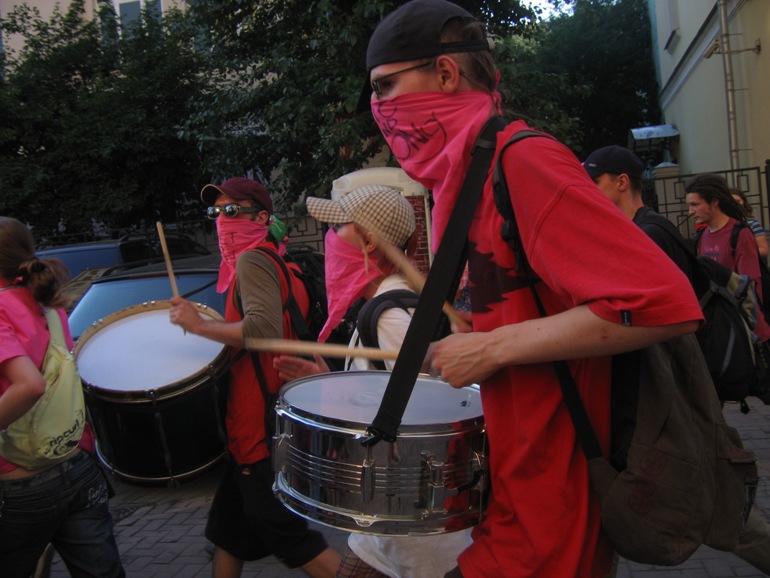 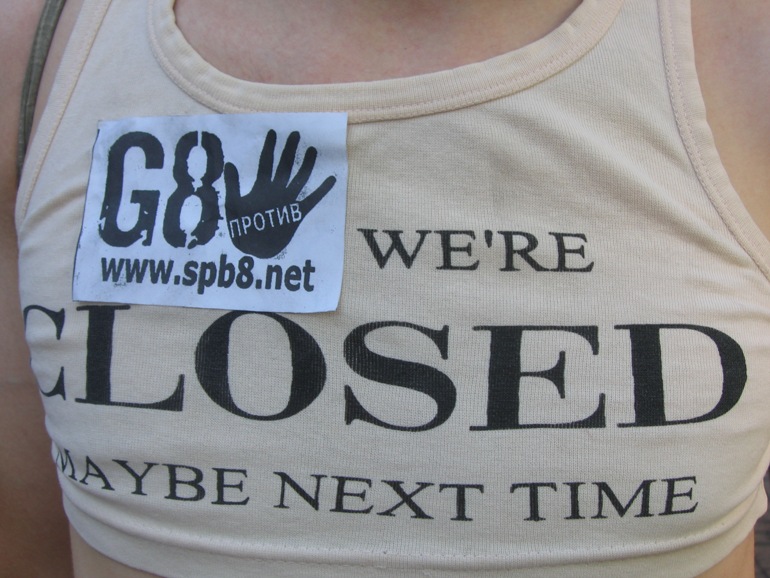 Today a sucessfull public action against the G8 took place in central moscow.
At the Libertarian Forum (see:

http://g8-2006.plentyfact.net/LibertarianForum )
some days ago workshops took place with the topic of organising creative forms
of protest like pink silver and radical cheerleading. The preperation for the action
was organised mostly by local groups, which tried some actions of that kind befor
in russia. There was scepticism about polices reaction on such dancing crowd, but
today there was no police present at all, just in small parallel streets someone
saw two riotpolice vans but nobody was getting in contact with them.
It is unclear, wether they are not so interested to disturb us, if they wait for
another specific point to react with repression or if they just focus on
St.Petersburg, because there the repression gets more intensive every day
(see:

So to get in details. There was no official call for an action and the whole gathering
was not announced to police. In russia there is a law, that a gathering has to be allowed
by police and usually there is no chance to get a licence for such action at a central
point and eventhough in connection to anti G8 protests it would be more difficult.
So there was a hidden place where to meet, the info got distributed short time befor
and a clowns army of around 25 people was jumping and freaking out of a backyard on a street
to met the other parts, like the radical cheerleaders and the samba band.
The television was present and made also some interviews. A lot of people were masked
creatively with mouths or smile drawn on their pink masks. Some car drivers and passing by
people got sweeties from the clowns. The mood was rising when all came together and started
to shout slogans. The passing by were quite surprised and read the spreaded information
against G8, some were clearly thinking the people are crazy or drunken. One hughe street was
crossed without police being present. Some passing by people even joint and driver started
noisy support. The rout led in the inner city and finally on the famous fency arbat-street
and ended without arrests or intervention of police. Out of one drum some food was served
and water was shared. The action ended and people split to walk home.

Important to know is, the perspectives of the libertarian, antiautoritharian, non-dogmatic
or whatever called resistance in russia was in preperation against G8 faced with a lot of
fear to get active and recently the CSD against homophobia was attacked by rightwing mob
(see:

http://www.gayrussia.ru/en/community/detail.php?ID=4756)
So there is a good option to show that our alternatives to capitalist frustrating grey live
is made out of actions for freedom of diversity and against institutions like G8!

Solidarize with the anti G8 campaign, get active for global action day at the 14th of july
(see: