brian haw on his megaphone. steve and barbara with their banners. a rousing welcome for bliar as he attended question time this morning. (pics to be added to this report later).
brian haw has now negotiated permission from westminster council to use his megaphone at certain times in parliament square. this permission also gives him the right under the socpa law.

this morning from 11.30, flanked by two policemen, one of whom was armed with a machine gun, brian was broadcasting to passers-by and tourists, and was berating tony blair as his security convoy swept past for prime minister's question time.

meanwhile, the dynamic duo, incorrigible barbara tucker, and front page media star steve jago (see previous reports), positioned themselves in front of the gates of parliament. steve was holding a large sheet of paper with the words "drop blair, not bombs" and "new labour:home-grown terrorism", while barbara was wearing her "blair legacy genocide" banner.

there seemed to be a more intensive than usual security operation around blair's arrival this week, and unlike a couple of weeks ago, barbara and steve were not allowed to stay by the gates. interestingly, police and other unidentified security officers were not bothered about protest laws, and simply used overwhelming force to move both activists into the cordon to the left of the gates. barbara tried a sit-down, but didn't stand a chance and was dragged in front of tourists to the caged area.

once they realised they couldn't man the gates, barbara and steve moved across the road and took up position on the thin traffic island next to the churchill statue. despite, being followed by security officers, they managed to stay there just long enough to make their protest very visible as blair was escorted past. he also will have heard brian's amplified voice appealing to any morsel of conscience he might have remaining in his genocidal head.

protest is alive and well today in parliament square, and the bizarre uncertainty of police response to this legislation continues.

i'll have some pics from this morning and more news from brian that i'll post later on as comments/additions. 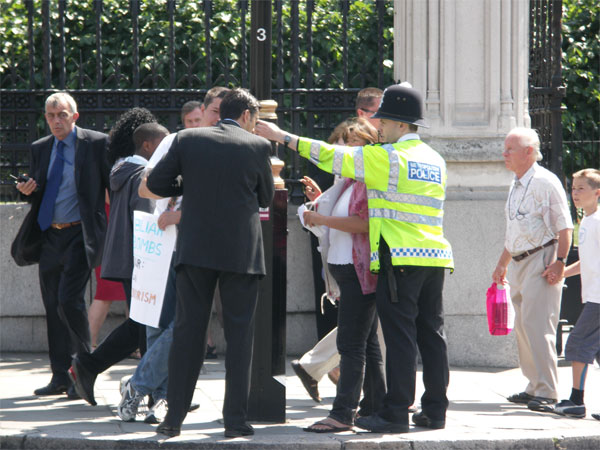 barbara and steve being told to move 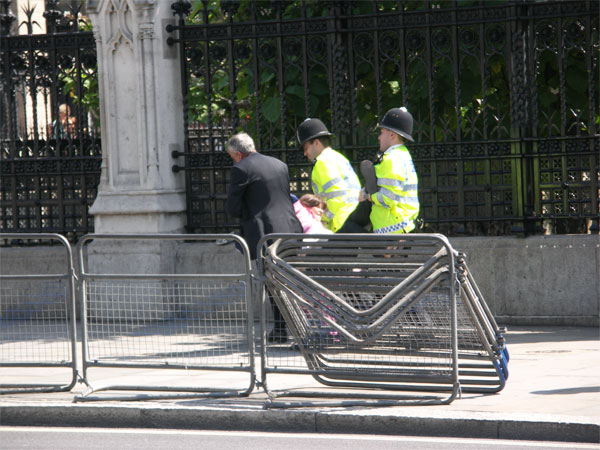 barbara being carted off 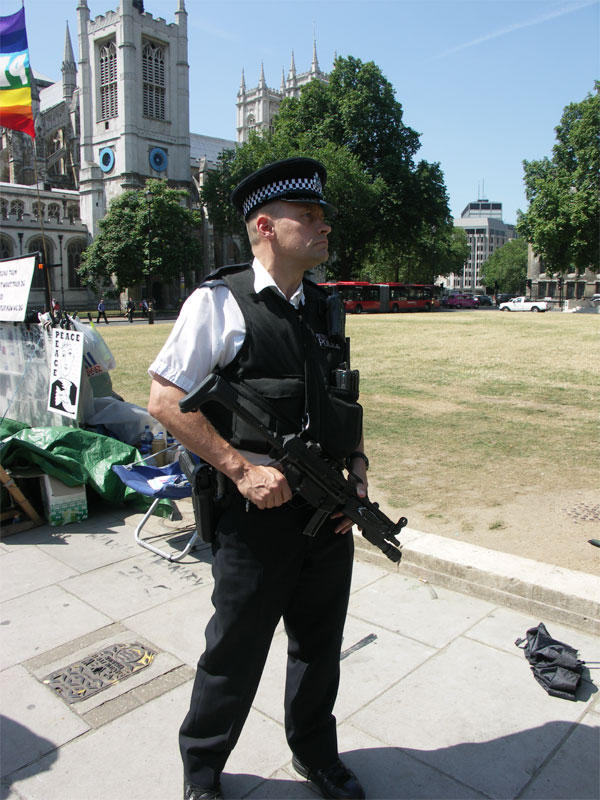 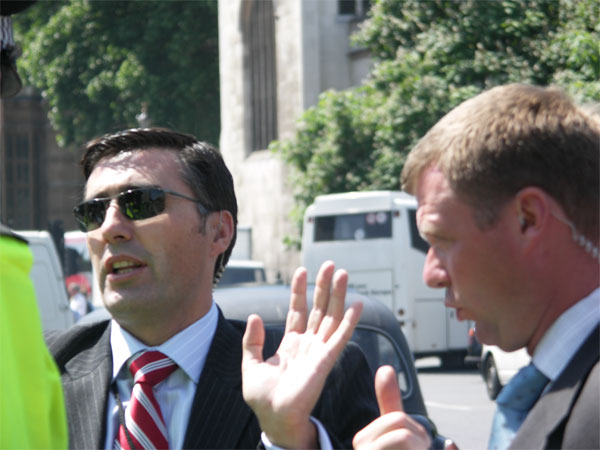