Greece: About the state barbarism against the student movement on the 27/06

Announcement of the students of the Antiauthoritarian Movement about the mobilisation of the 27th of July against the Education Ministers Summit in Athens. 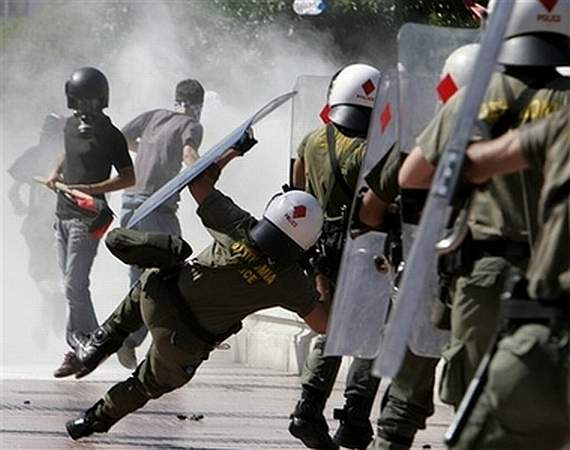 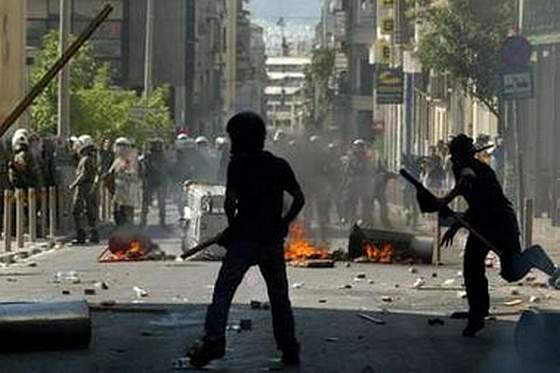 On Tuesday 27th of July students from all over Greece gathered in Athens so as to demonstrate their will and anxieties against all those who decide for us without us.

On the 27th, even without a single property destruction action, the excessive police violence and the generalised use of chemicals had to be faced by creating a couple of flamed barricades so as to protect the thousands of students who were trapped and couldn’t breathe inside the Law Department.

The antiauthoritarian part of the students played a catalytic role both in the safeguarding of the march that was not broken apart from the continuous assaults of the police, and in protecting the University Asylum by repelling the riot squads who breached the asylum in Propylaia.

The target of the government and Mr. Polidoras (Minister of Public Order) is the student movement. That’s why they launch propaganda against it by rediscovering “finger theories”, theories of abettors and manipulators, by naming as such the anarchists and antiauthoritarians. So they attempt to present us as if we are some kind of hidden chthonic power who lurks in the shadows. Such practices remind past “dark years”.

The truth is that we do not hide but we act and speak openly, as we move in society and with society. We are the antiauthoritarian component of the student movement, being ourselves students who participate openly and continuously in all procedures of the student community, both in the amphitheatres and in the streets.

As part of the student movement we cannot do otherwise but to be on the front line, both when this movement is in confrontation and when it decides other kind of activity. Mr. Polidoras and the TV channels are lying. The first is feeding the second and vice versa, the first for authority the second for the spectacle.

Greece, 28/06/2006
Students from the Antiauthoritarian Movement

PS: We are almost certain that the MAT (riot police) are in a process of acting independently, and this is proven by the big hatred and brutality during the student mobilisations. They had entrapped in the Law Department thousands of students, they have beaten especially female students and journalists who were photographing the brutality, they have thrown inside the building chemicals (not just CS but other kinds like mustard and neural gases), there were many unconscious and injured students and only by accident and because of the barricades there was not someone killed! We are certain that they lust for blood. We call the people and the students the next time to be more organised and more aggressive. THEY SHALL NOT PASS!

Students from the Antiauthoritarian Movement