An action for clean and reliable drinking water at the Ministry for Internal Affairs in Tirana, Albania

Today over 40 people gathered at the Ministry for Internal Affairs in the centre of Tirana, the capital of Albania. The issue is Tirana's drinking water, which is not clean, unreliable as it comes out of the tap only a few hours a day and that sewage systems continue to pollute the water sources.

Rebellious clowns handed out some of Tirana's finest tabwater, which was refused by most passers by... The Water Daughters were dressed in costumes showcasting the problems and got passers by involved by asking them what they would do to contribute to cleaner water. The messages were pinned onto a washing line hung across the Ministry building. A large banner in front of the building stated: 'Are you killing time or is time killing you?' aimed at most Albanians very laid back attitude towards these problems. Supposedly the Minister was on holiday when asked for by the demonstrators...

National TV channels, newspapers as well as various media activists covered the action. The action was the final outcome of the week of workshops as part of the Art and Activism Caravan, which is currently touring the Balkans. For more information and full coverage see: 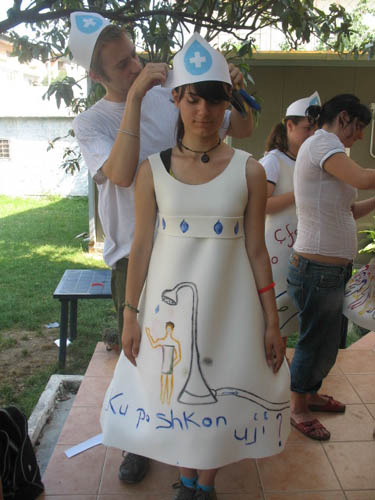 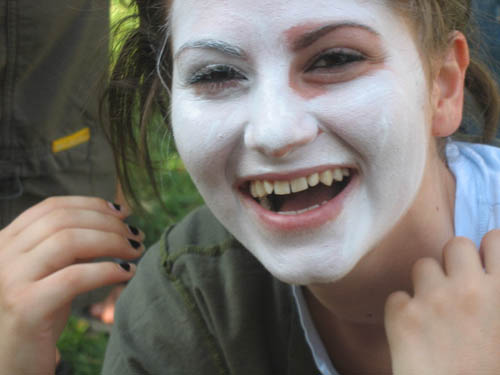 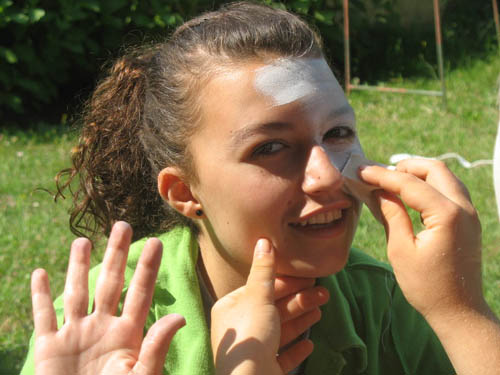 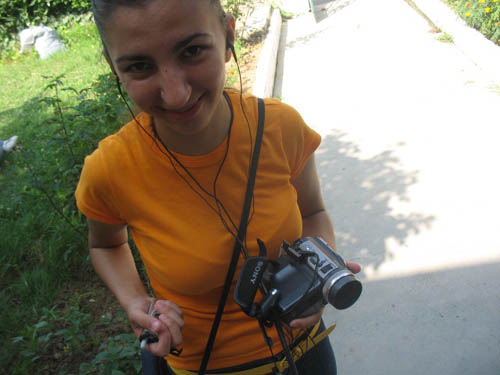 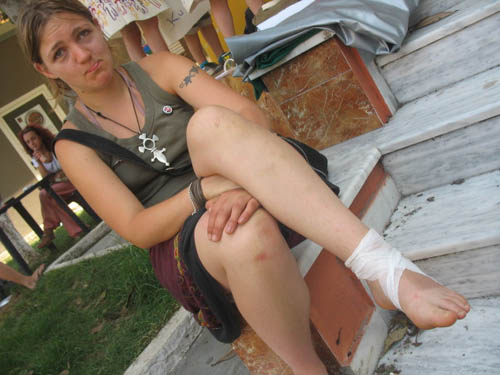 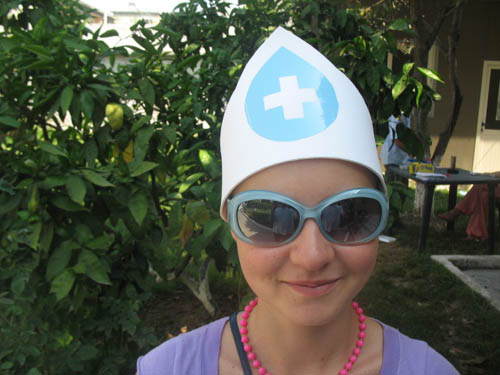 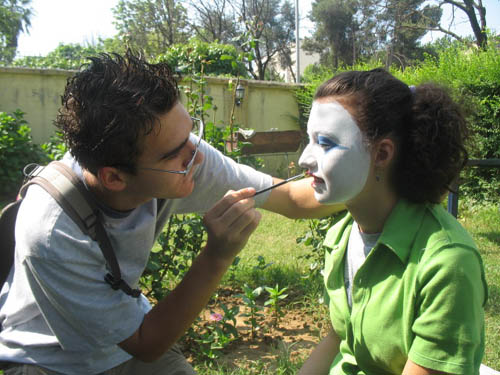 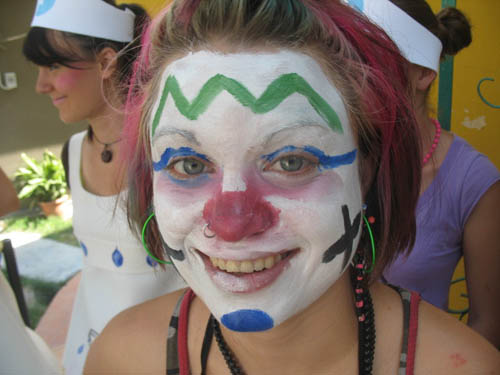 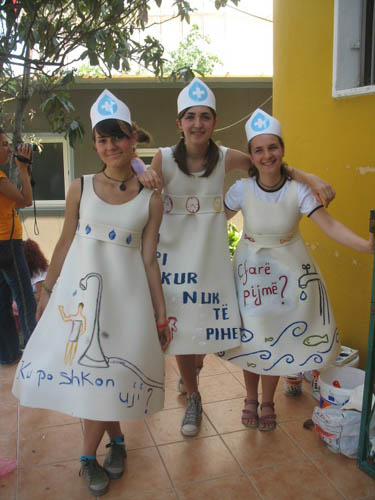 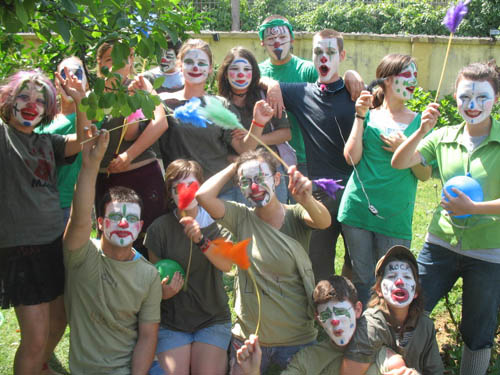 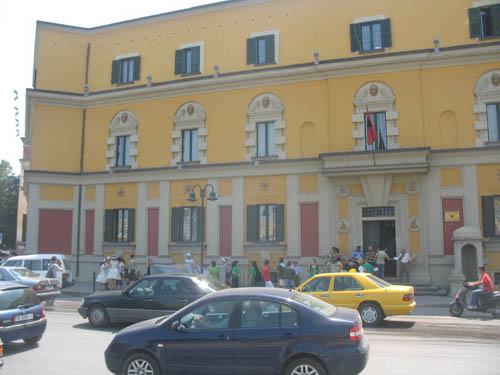 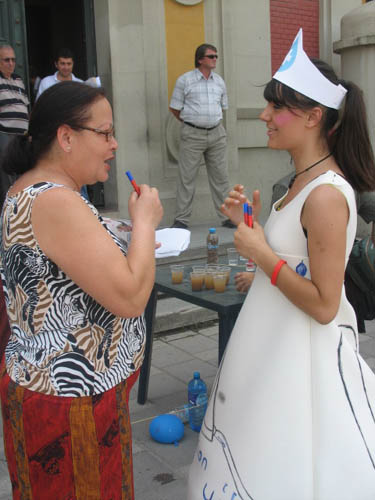 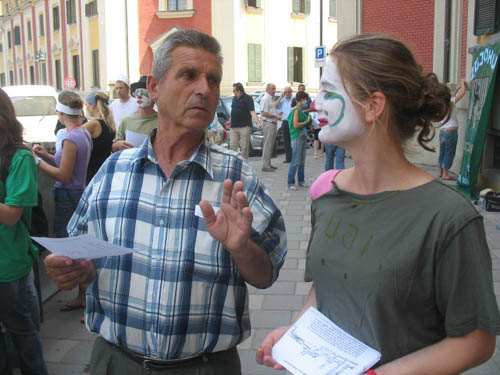 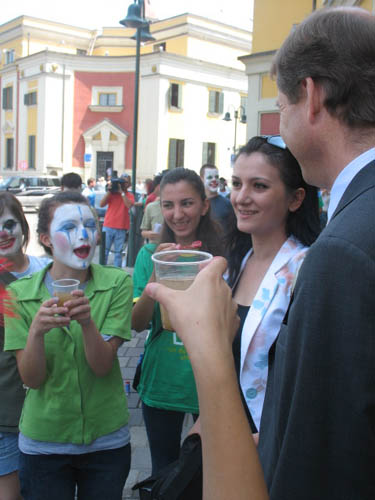 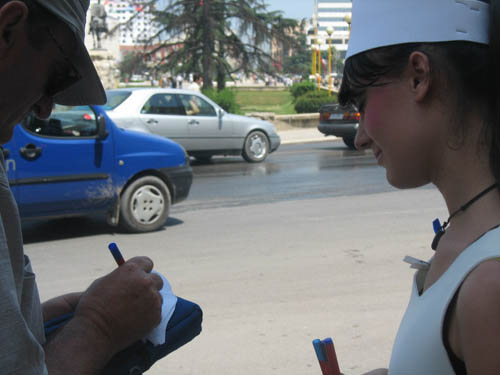 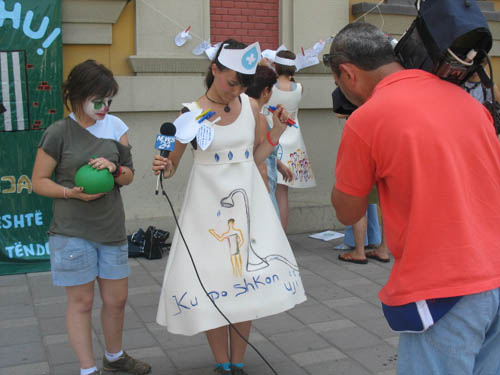 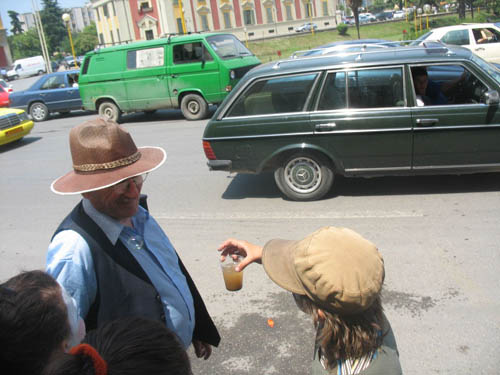 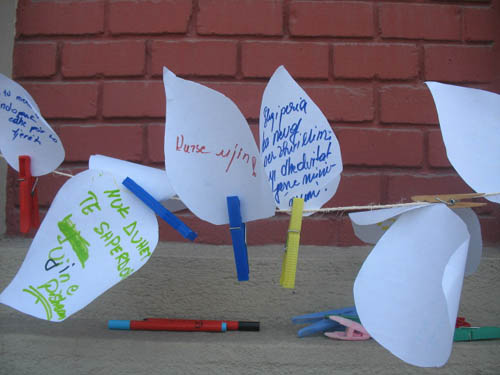 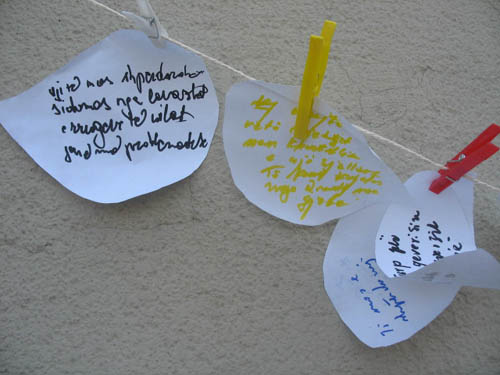 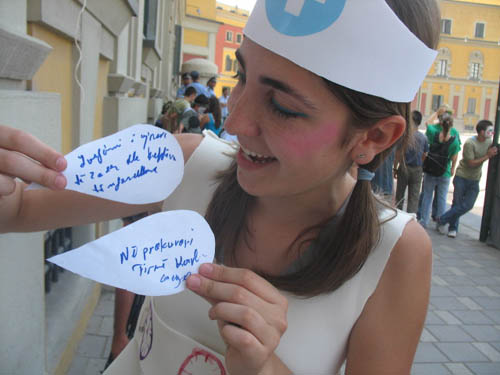 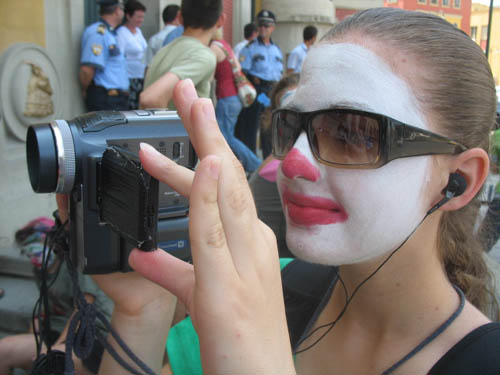 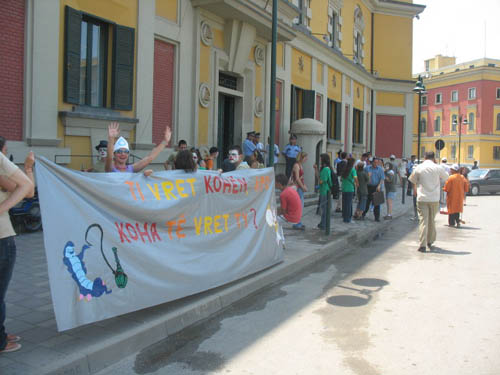 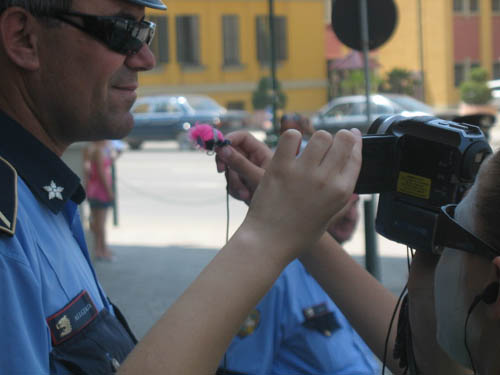 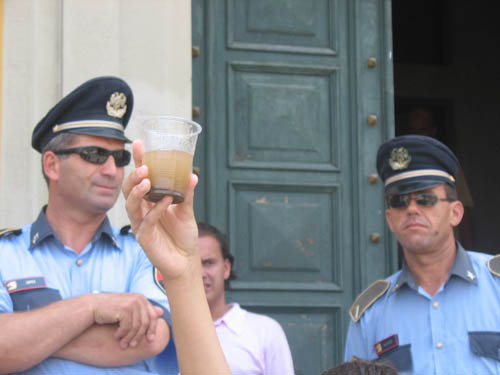