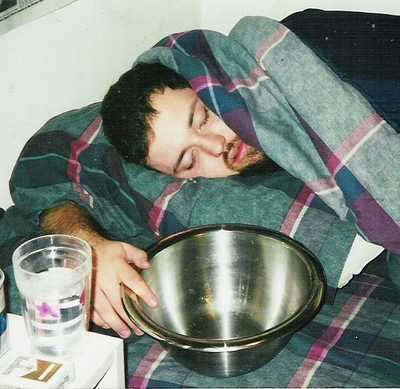 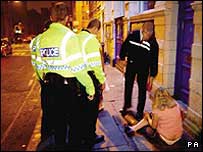 "Police said the Safe magazine's gossipy, tongue-in-cheek style was designed to alert young women to the dangers they could face if they get drunk during a night out."

This is a manifestation of the trend in health promotion circles for "social marketing" approaches to health and safety education.

Rather than educate "young people" about risks, it tries to modify behaviour around the risk taking behavior by manipulating social anxieties.

So, a good local example were those anti-alcohol binge drinking ads from a few years ago where a group of really hot looking "teenage" girls, including actress/model Imogen Ainsley, sat around a table "discussing' how they'd hate it if a guy got drunk and vomited on them, etc, etc.

Also, anti-smoking ads that focus on the un-sociability of smoking and how "cool" guys/girls think smoking is "un sexy".

Weirdly, these idiotic programmes are often designed by women, as the health promotion field is more or less gendered and heavily staffed by people with backgrounds in community nursing, youth work and the like.

My favourite was an inner city anti-violence campaign aimed at protecting gays from street violence which actually censored crime data showing that lesbians were at risk of being bashed when out at night.

This was because the ideas that lesbians were ever at more risk of violent assault than married straight women was "inconsistent with" academic feminist "understanding" of domestic violence.

Never let the facts get in the way of a good health promotion campaign.

UK: Women going on boozy nights out have been warned by police to "wear nice pants" in case they fall down drunk in the street.

A Suffolk police safety campaign magazine shows pictures of young women slumped on the ground next to messages urging them: "If you've got it, don't flaunt it".

"If you fall over or pass out, remember your skirt or dress may ride up," the magazine says.

"You could show off more than you intended - for all our sakes, please make sure you're wearing nice pants and that you've recently had a wax."

Readers are also told to stick with friends, book a taxi home and watch the amount they drink.

Police said the Safe magazine's gossipy, tongue-in-cheek style was designed to alert young women to the dangers they could face if they get drunk during a night out.

"They become more vulnerable whilst under the influence of alcohol."

the semiotics of stupidity