Manchester cyclists occupy the city in carnival protest against the G8.

Yesterday evening Manchester cyclists held a protest bicycle carnival in solidarity with anti G8 protesters in Russia. This was part of a global protest against the G8 meeting in Moscow this weekend called for by the Peoples Global Action (PGA). The 3 main themes of the G8 summit this year are Energy security, education and aids/health care. 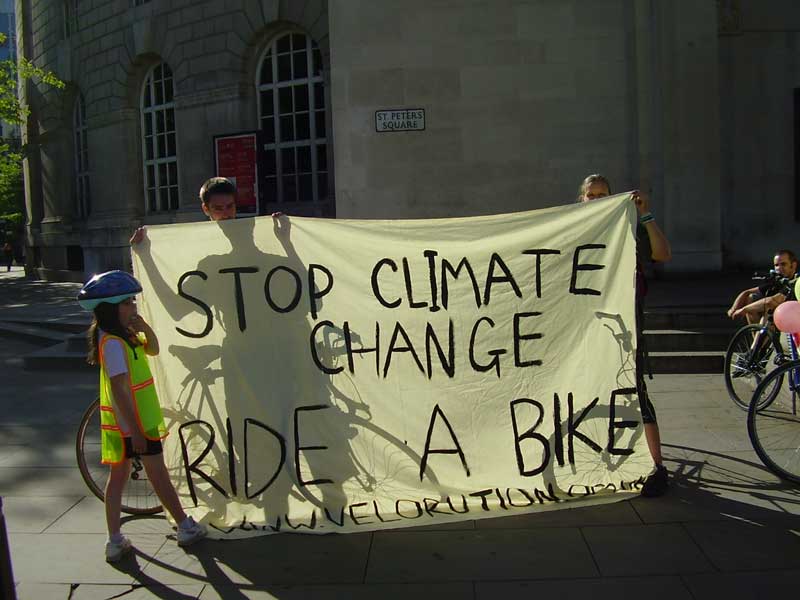 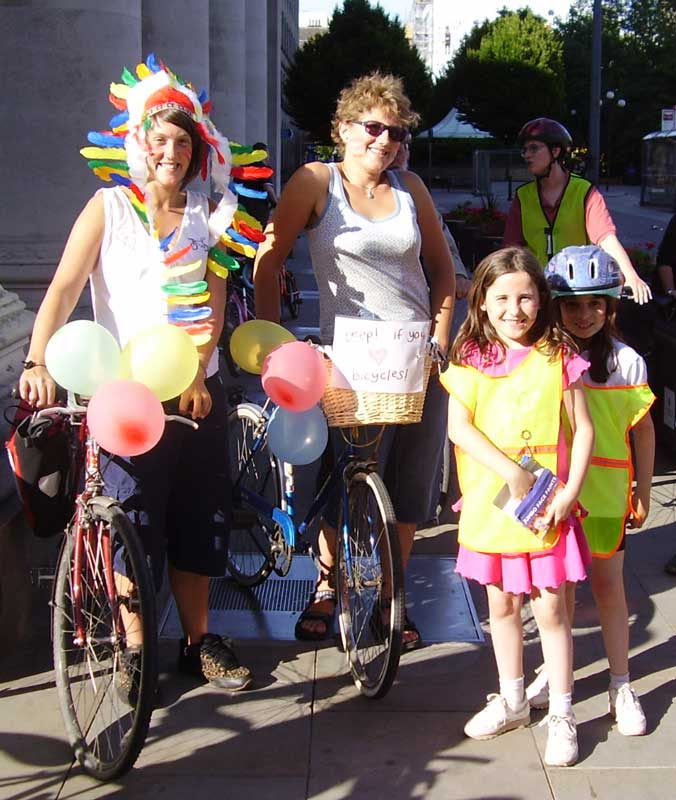 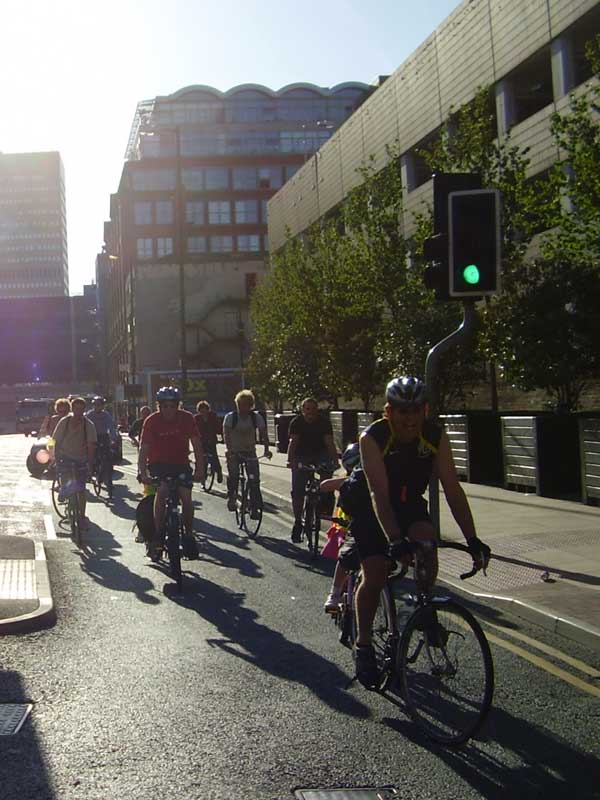 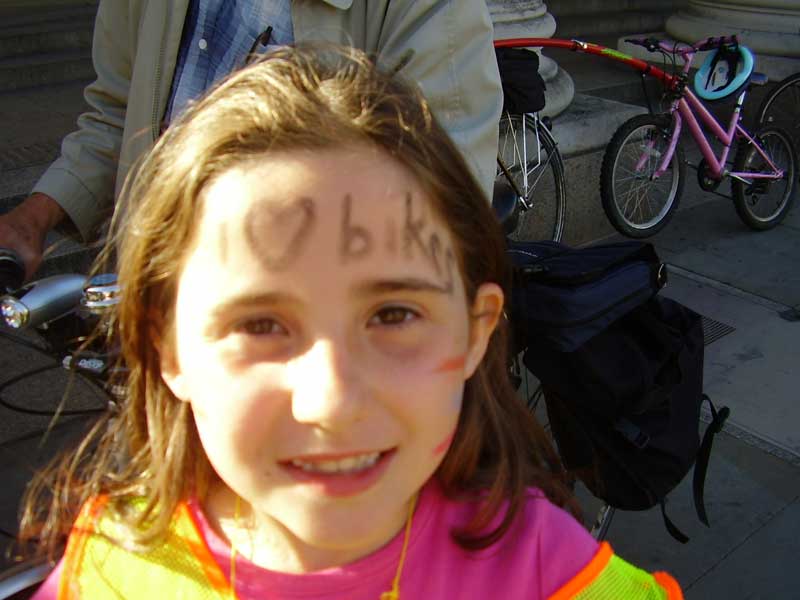 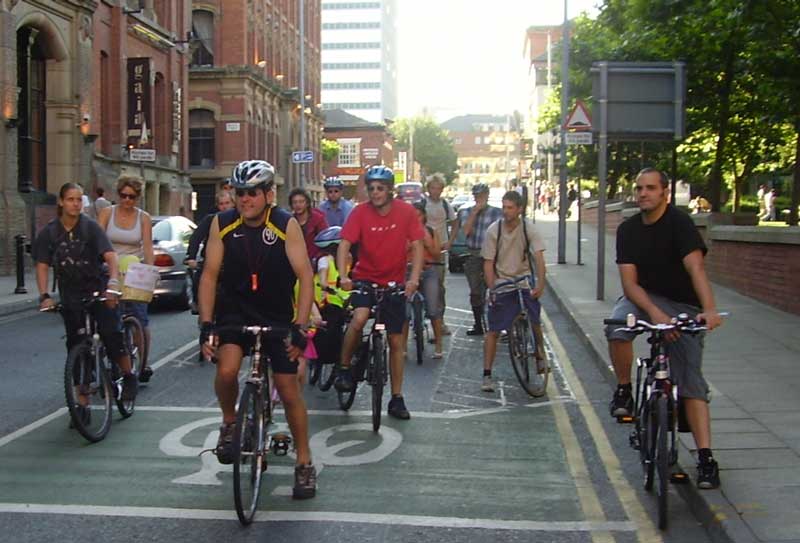 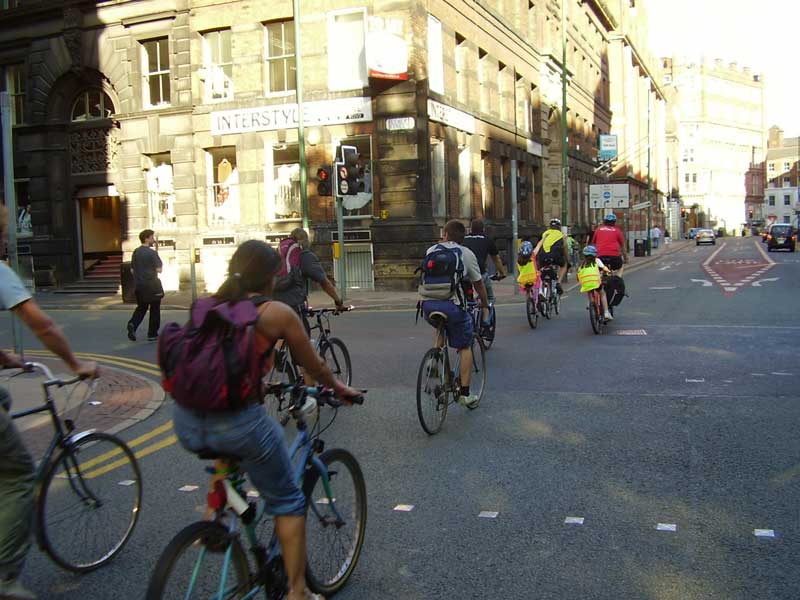 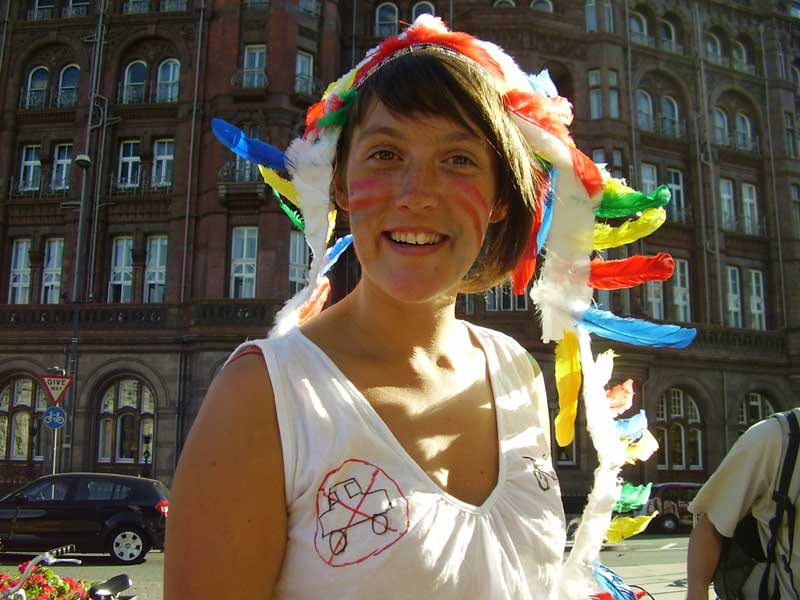 Chantelle Anderson from Manchester who took part in the bicycle ride, said “I want to show solidarity with the people protesting against the G8 in Russia and all over the world. Bicycles represent true energy security in a time of global warming and dwindling oil supplies rather than the dangerous so-called solutions they have been talking about, like nuclear power.”

The cycling protest in Manchester was a celebration of the bicycle as a mode of transport that doesn’t pollute or cause climate change. Cyclists took to the road cheering, blowing whistles and playing musical instruments as they rode. Onlookers stood at the roadside to watch, wave and cheer as they passed by.

When asked about what her message is to the G8 Chantelle stated, “We want to tell the G8, and our city, that Climate Change is a real problem, bicycles are a real solution.”

Car culture is killing us with road accidents, obesity and ill health and also through its massive contribution to climate change. “The 73% increase in road traffic between 1980 and 2002 has resulted in a 39% increase in greenhouse gas emissions from transport, which now accounts for 26% of UK emissions. Two-thirds of people now understand that transport emissions are a major factor contributing to climate change" (Department for Transport, Transport Trends, 2002)

This Manchester cycle protest was organised by the Manchester Camp for Climate Action group who are helping organise protests against Drax power station in Megawatt valley on Sat 26th August. 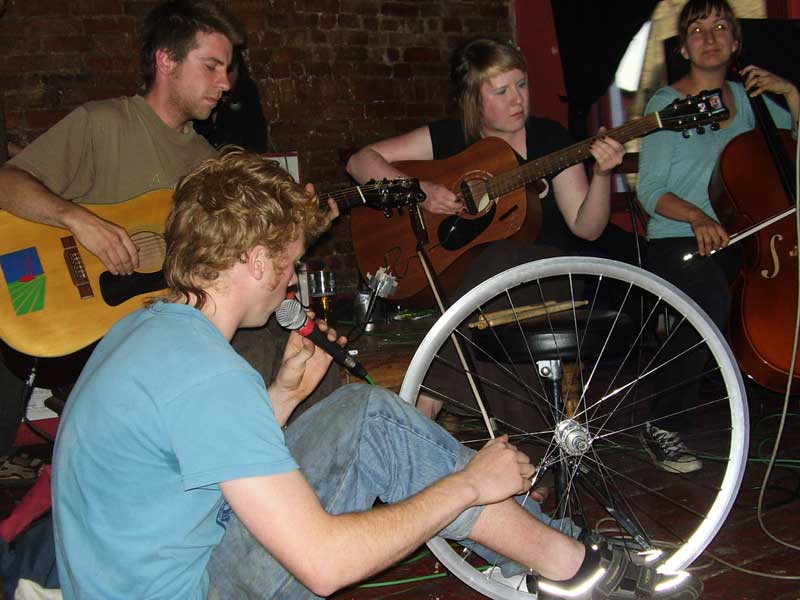 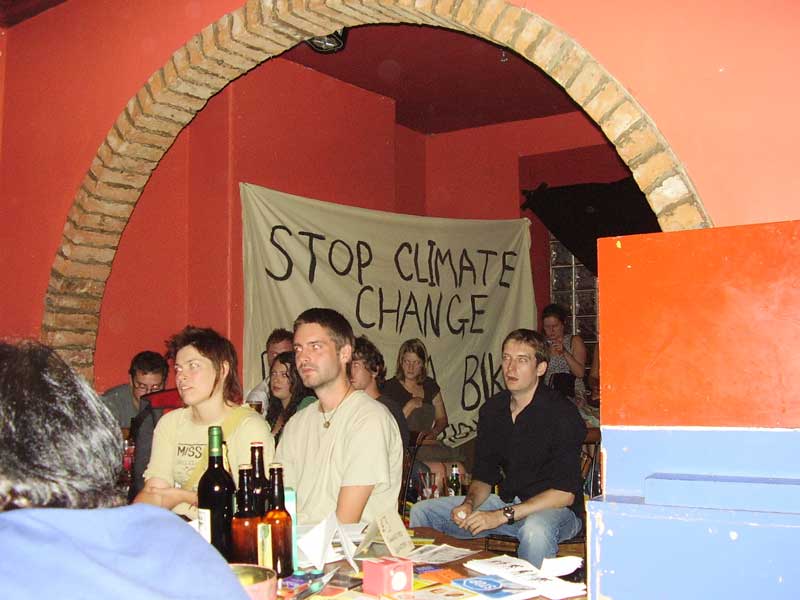 After the bike ride the Manchester Neighbourhood had a fundraising gig at Fuel in Withington. The evening featured a diverse mixture of local talent and included bands, film and poetry..even someone playing a bicycle wheel with a bow!

The evening was to fundraise for the Manchester neighbourhood and also to raise awareness of the camp for climate action.

If you want to get involved we meet ever 1st and 3rd Tuesday of the month at 6pm at the basement, 24 lever st, manchester or email