Are there still people that believe that violence works? 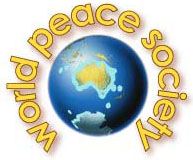 Trillions of dollars and thousands of hours of media time are being spent in the spiralling escalation of brutality on a number of fronts, but the real problem is not the Israelis or the Lebanese or the Palestinians or the Syrians, it is us!

We have accepted violence as a satisfactory means of enforcing peace. Through fear-based propaganda we turn our human family into ‘terrorists’ and ‘devils’ that understand nothing but a gun.

And we have allowed the propaganda to turn us into a scared and violent lynch mob, capable of anything.

We have watched as the UN has been de-toothed by those countries and corporations with vested interests in weapons and war, and we have let them make a mockery of the only tool we have currently for dialog.

It is time for people to get real simple and realise that violence and aggression does not bring peace, at home, on the streets and definitely not between countries.

Some of these countries have become like the nerd who is mocked all his life and finally comes back to school a crazed maniac with a gun, shooting indiscriminately but killing only innocents.

Does anyone really in the 21st century believe that lasting world peace is going to come from war? That conflicts are magically fixed by a gun. How is this generation of Iraqi’s are ever going to get along with Americans again? Or Israelis with Palestinians? There is only one hope and that is what we tell our kids, dialog.

The closer we get to each other the more we realise we are just sisters and brothers of one human family, while we shout at each other from miles away we can make up anything inside our heads about how devilish these ‘terrorists’ are.

Anyone that has come close to resolving the constructed hatreds of war has done so only by coming close to their so-called enemies, and having a simple conversation. How many times have we seen that combatants are exactly the same, in their wants and needs and their capacity to love? World War II veterans speak of meeting their Japanese tormentors years later and finding in them lifelong friends. Or Vietnam, or Korea; once we realise our common humanity lasting peace springs forth.

Visionaries across the globe have to simply insist on mechanisms for dialog. The UN needs to stop accepting lies, in exchange for money. It has to be beyond reproach. Most people understand that ‘diplomacy’ is another word for ‘how many lies can we get away with’, there needs to be much plainer penalties for lying, and above all as soon as there is conflict, we need to put down our weapons and speak to each other openly and plainly, like real brothers and sisters of one human family.