Jean Charles - Another nail in the coffin of democracy.

The CPS decision not prosecute the murderers of Jean Charles de Menezes did not really surprise anyone. After the shocking murder and the blatant lies that were leaked about it afterwards the family had little but contempt for the legal process.

So as it stands right now there will be no opportunity to question in court:
1) The officer who falsely identified Jean Charles as would be suicide bomber Hussain Osman.
2) The officers who followed Jean and did not question their orders even though he displayed NO characteristics of a bomber and was not carrying a bag as the failed bombers had done. They also delayed the train for the firearms squad and indicated Jean to them.
3) The officer who grabbed Jean around his body and held him to be shot. Did he not realise that there was no bomb strapped to him as he clearly would have felt it?
4) The two officers who pulled the triggers that left Jean with seven bullets in his head and one in his shoulder (3 missed).
5) The senior officer who authorised ‘Shoot to kill’.

While we are on the subject, an enquiry into how the British public came to be bombarded with a total blitz of lies about the murder would be nice.

At today’s press conference Jean’s cousins vowed to fight on. They have coped with this tragedy and being thrust into the media spotlight with incredible dignity and determination. Meanwhile the killers of Jean remain on holiday, on full pay, their anonymity protected.

There will however be a prosecution of the MET over this under Health and Safety legislation!!? Exactly how you can fail to consider someone’s Health and Safety when you have been ordered to kill them remains to be seen…….. 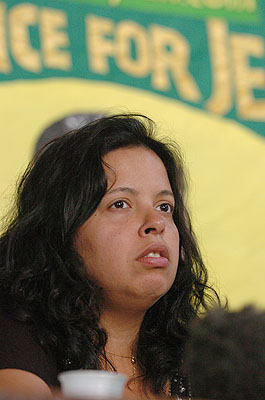 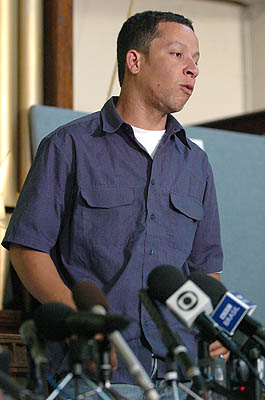 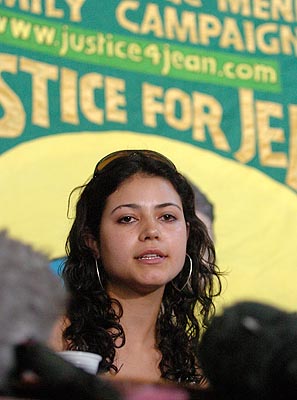 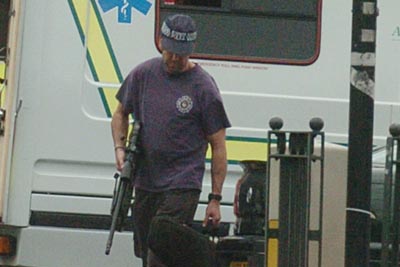 Saturday will be exactly a year since Jean died. Events are planned at Stockwell and Euston.

PRESS RELEASE FROM THE FAMILY BELOW:

The Family of Jean Charles de Menezes will mark the anniversary of
Jean's death by holding a remembrance event at Stockwell tube station. Prayers will be said by representatives of both the Christian and Muslim faith.


Flowers will be laid by the family and a minutes silence will be observed at 10am. The family will then read a short statement


FROM STOCKWELL TO FOREST GATE - ONE YEAR ON.
IS JUSTICE POSSIBLE IN THE WAR ON TERROR?


On 22nd July 2005, Jean Charles de Menezes, a innocent young Brazilian man was shot dead by police at Stockwell tube station. On 2nd June 2006 Mohammed AbdulKahar was shot in a near fatal attack by police. His family (the Kalams) and his neighbours (the Dhogras) were subject to brutal assaults during the mistaken 'anti-terror' raids in Forest Gate. To mark the one year anniversary of Jeans death - this unique platform of the three families together with leading civil liberty figures ask: is justice possible in the war on terror?


NOTE: The meeting will start with a minutes silence - in conjunction
with a memorial service taking place in Gonzaga, Brazil attended by Jean's parents

Press do not need to register in advance for this event