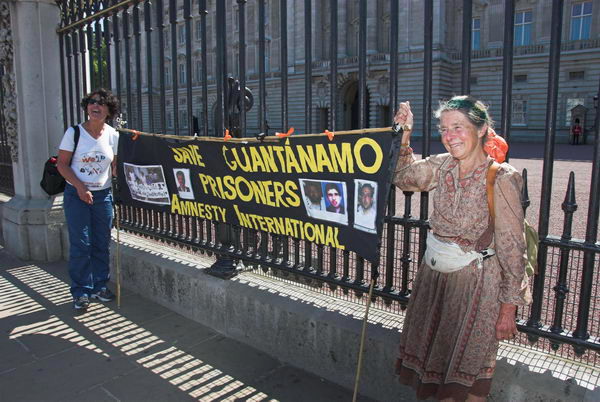 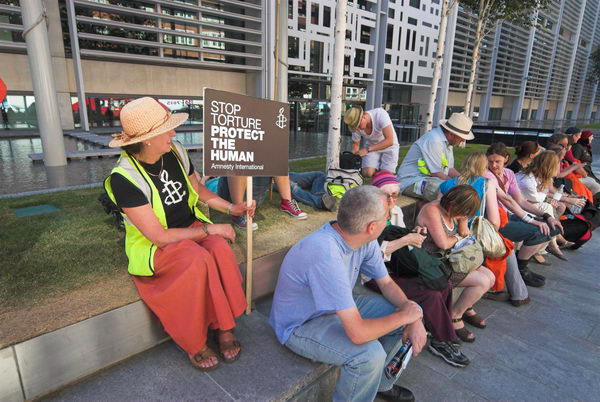 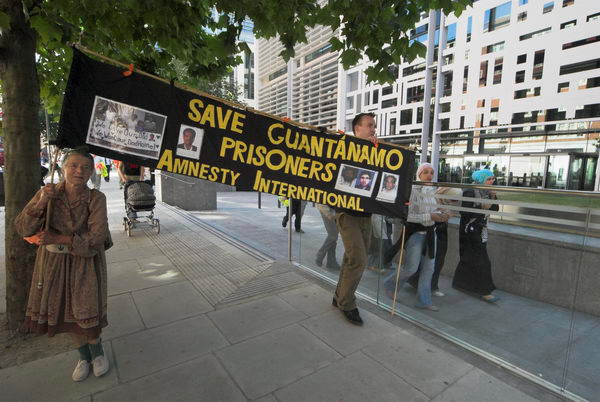 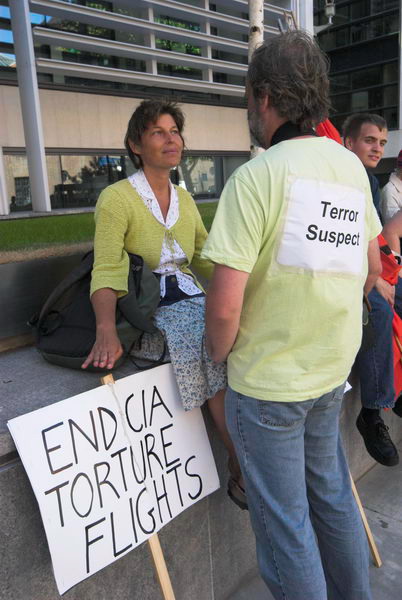 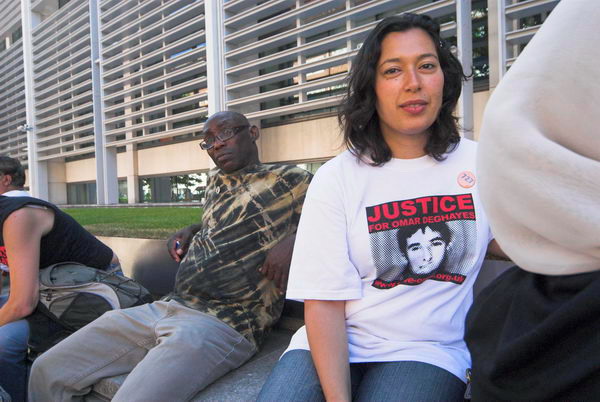 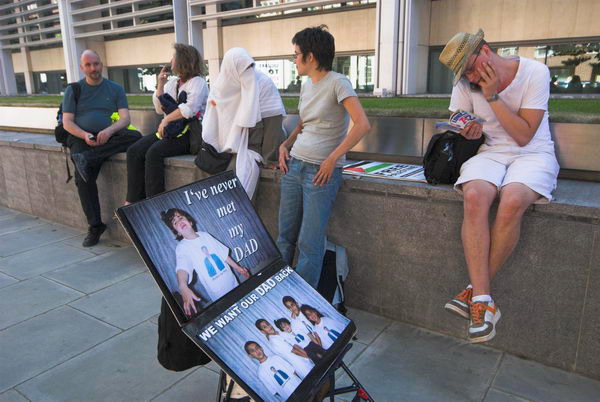 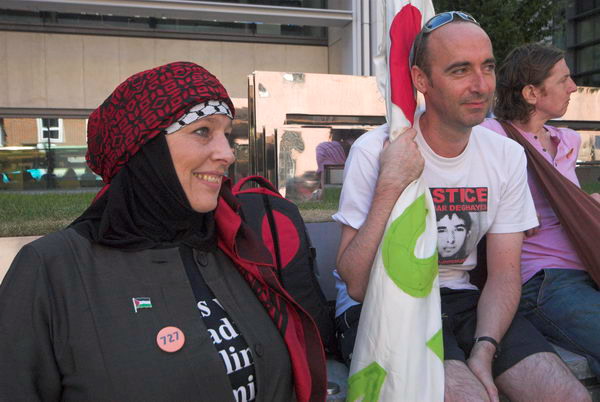 In Guantanamo Bay Omar Deghayes is simply know as 727.

s a part of the national demonstration in London on Saturday 15 July to protest the deaths of three Guantanamo detainees earlier this month, called by the National Guantanamo Coalition.

A a group of protestors, mainly from the 'Save Omar Deghayes' campaign, but also representing other organisations, walked across London from Marble Arch to the new Home Office building in Marsham St to hand in the petition calling for an independent enquiry into the three recent deaths At Guantanamo. The petition also calls for the immediate sending of all detainees to countries where their basic human rights would not be abused, an immediate closure of Guantanamo and other prisons where those held were denied proper legal process amd for proper access to detainees by family and medical personnel.

It was a long, hot and dusty trek across London, particularly tricky for those with pushchairs as we navigated the Hyde Park subways, and we were all glad to arrive (thanks to helpful directions from the police) at the Home Office. The front of the building was like an oasis, shade, green grass, water and trees. The police did make us get off the grass and also made some effort to stop the display of placards and banners, but most of these remained visible. They had also attracted some attention from the crowds around Buckingham Palace as we passed by.