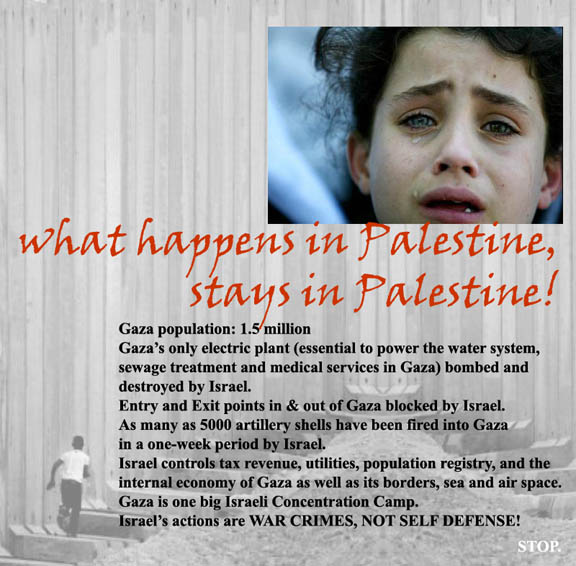 "(Geneva, July 6, 2006) – This first special session of the Human Rights Council provides an important opportunity to address the current humanitarian and security crisis in the Occupied Palestinian Territories (OPT), especially in Gaza, where Israeli military actions have led to the killing of Palestinian civilians, as well as periodic shortages of food, fuel, electricity, water and medicine, and Palestinian armed groups have committed serious violations of international humanitarian law. The council should address abuses by both sides to the conflict. In addition, Human Rights Watch hopes that this will be the first of many special sessions of the council, and that the council will demonstrate its political objectivity by providing an equally timely response to the many other serious and deteriorating human rights situations around the world.
According to the United Nations Office for the Coordination of Humanitarian Affairs (OCHA), in May and June 2006, 87 Palestinians were killed in Gaza and almost 300 injured, mostly from Israeli fire but also due to clashes between Palestinian armed groups and individuals. Many of those killed in June were Palestinian civilians who died during Israeli air force “targeted killings,” which either missed their targets entirely or caused significant civilian casualties. During this period, Palestinian groups have indiscriminately fired numerous Qassam rockets at Israeli towns.

Gaza’s population of 1.5 million is currently facing significant hardships due to the Israeli blockade on Gaza’s few crossing points, Israel’s destruction of Gaza’s only electric plant and Israel’s withholding of Palestinian tax revenues, coupled with international donor aid cuts after the swearing-in of the Hamas-led Palestinian Authority in March 2006. As a result, for the fifth month in a row, the Palestinian Authority has been unable to pay most salaries to its approximately 160,000 civil servants.

Even though Israel unilaterally withdrew its troops and settlements from Gaza in 2005, it continues to have obligations as an occupying power in Gaza under the Fourth Geneva Convention because of its almost complete control over Gaza’s borders, sea and air space, tax revenue, utilities, population registry, and the internal economy of Gaza. At a minimum, Israel continues to be responsible for the basic welfare of the Palestinian population in Gaza.

Since June 25, Palestinian armed groups have abducted and killed an Israeli settler in the West Bank and are currently holding Israeli soldier Corporal Gilad Shalit hostage, whom they have offered to release in exchange for some of the Palestinians imprisoned by Israel. A hostage is a person held in the power of an adversary in order to obtain specific actions, such as the release of prisoners, from the other party to the conflict. Holding persons as hostages and the summary execution of anyone held captive are war crimes.

Since the capture of Corporal Shalit, the Israeli army has re-entered parts of the Gaza Strip. The air force has destroyed government buildings, bridges and the only domestic electricity plant in Gaza, which is essential to power the water system, sewage treatment and medical services in Gaza; the laws of war prohibit attacks on “objects indispensable to the survival of the civilian population.” Israeli forces have also detained elected members of the Palestinian government and legislature, a step which has undermined the ability of the Palestinian Authority to function.

Since late 2005, Palestinian armed groups have indiscriminately fired hundreds of Qassam rockets into Israel, in violation of the laws of war, seriously injuring several Israeli civilians, damaging civilian infrastructure and causing fear among the civilian population living near the Gaza border. On July 4, a Qassam rocket damaged a high school, empty at the time, in Ashkelon in southern Israel. Many of these rockets were launched near civilian areas, placing Palestinian civilians at risk in the event of an Israeli response. Parties to the conflict must, to the extent feasible, avoid locating military objects within or near densely populated areas.

In a stated bid to stop the Qassams, Israel has fired more than 8,000 artillery shells into northern Gaza since late 2005, including around 5,000 in a one-week period. According to the Palestinian Ministry of Health, this shelling has killed 47 Palestinians, both members of armed groups and civilians, including 11 children and five women, and has injured 192 others. The shelling has also displaced residents of northern Gaza and severely interrupted their daily lives. Under the laws of war, attacks are indiscriminate if they are not directed at a specific military objective and attacks against military targets must not cause harm to the civilian population that is disproportionate to the expected military gain. All feasible precautions must be taken to avoid harm to civilians or civilian loss of life. According to a preliminary Human Rights Watch field investigation, the pattern of Israeli artillery fire into northern Gaza is indiscriminate because, given the type of weapon and location of the attacks, Israel has failed to distinguish between combatant and civilian.

Human Rights Watch calls for an immediate, effective and independent investigation, which may comprise a number of the relevant U.N. Special Rapporteurs, as well as additional international humanitarian law, military, ballistic and forensic experts, to carry out an on-site investigation into Israel’s military actions in Gaza, as well as Palestinian rocket fire into Israel. All parties should allow the investigative team full access to all necessary locations, evidence and individuals.

Human Rights Watch also calls on Israeli security forces and Palestinian armed groups to respect international humanitarian law and human rights principles. As an occupying power in Gaza, Israel remains responsible for the basic welfare of the Palestinian population in Gaza, in particular the health, educational and humanitarian needs of the population, to the extent these are affected by Israeli restrictions. Israel must ensure that it does not fire indiscriminately in civilian areas, that attacks on military objects do not cause disproportionate civilian harm, and that it does not target objects indispensable to the survival of the civilian population. In addition, Israel should cease using aircraft intending to cause fear among the population by creating sonic booms over the Occupied Palestinian Territories. Palestinian armed groups should ensure Corporal Shalit’s well being and stop making demands as a condition for his release, avoid locating military objects in densely populated areas, and should stop firing inherently indiscriminate Qassam rockets into Israel."