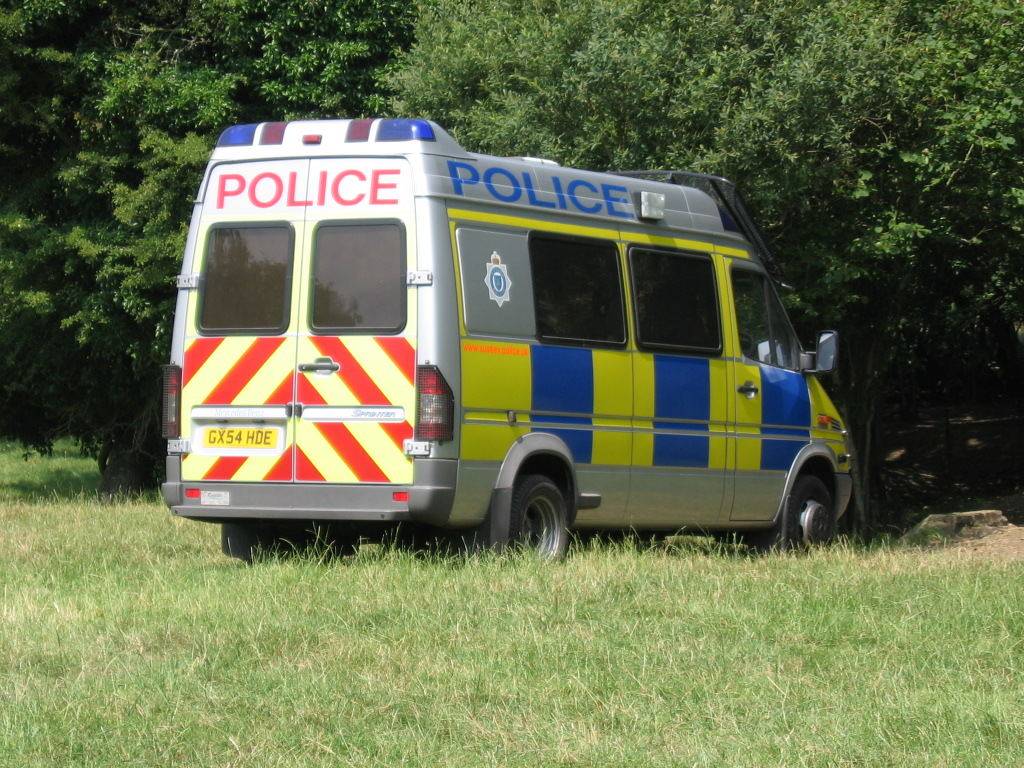 This afternoon at around 2 PM a police camera crew illegally entered the Titnore Woods protest camp, without prior notice. Repeated requests to leave the site and discontinue filming were ignored or shrugged off. Their actions were clearly in breach of our privacy, as the squatted woodlands are our home. They filmed most of the protesters and all of the construction works on site. Official complaints have been filed.

In return for their actions, we decided to film them, for all of the UK to enjoy! Apologies for the big file size.

For more information on the Titnore Woods action camp, visit:

Enviromental activist's may experience some problems opposed to i.e. multinatonal's financial strength, but that should not stop them from thinking global in their own way : )

Last january dutch EarthFirst! occupied 6 hectares woodland in Schinveld (South of the Netherlands) that had to be cut in order to fullfill security regulations for starting and landing
military planes from the nearby NATO airbase across the border in Geilenkirchen (Germany).
This Airbase was activated in the early 1980's, protestors had been promissed anything from isolation of houses to a strict limitation regarding the amount of flights, however as time passed the governement kept none of the promisses.
With time passing on, the 17 AWACS Boeings became heavier and heavier due to 'stocking' them with electronical equipment. The carrier itselves however did not receive that much of attention, so the community has ton's (in weight ánd in money) of hightech equipment flying over their heads in ancient planes with old, polluting and extremely noisy engines that are no longer allowed in civilian airtraffic, but who cares we are talking military here...
And since we are talking military, more in particular NATO, something had to be done in order to prevent the planes from taking of with less fuell to compensate the gain in weight on electronic equipment, the easiest way: cut 6 hectares immediately and another 14 hectares in fase 2.
The local community opposed to the three cutting plan's for years, finaly dutch governement found a way to over rule all opposition. The help of dutch EarthFirst! was called in, they occupied the woodland, enjoying a massive support from the local's, supplying food and organising protestmarshes. The occupation had a lot of media attention, and allthough those in favour of the tree cutting stressed this was not the case, very soon it became very clear that this was not just a bunch of enviromental activist's up against a majority.
Unfortunately, after a two and a half day forcefull eviction, the first 6 hectares could not be saved.
At the next townhall elections however the political parties that had been voting in favour of the tree cutting suffered a severe loss and with the national elections coming up next year they crawled back and now were crying out loud in parlement that no further trees should be cut untill all legal cases running in court had ended.

What i just want to say is, allthough a good ending would be superb, it actually does not matter how this ends, it matters that you are there!

All the best, keep hanging in there.