The candlelit vigil called by the Palistinian Solidarity Campaign in Parliament Square was a lot bigger than expected. Since the demo was booked events in Lebanon have spiraled with hundreds of civilians killed in airstrikes and Israel increasing its military operation with every passing day. So the half a dozen or so cops deployed found themselves policing a protest of around 2000 angry people. Direct action was inevitable.... 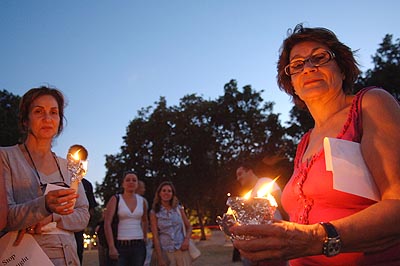 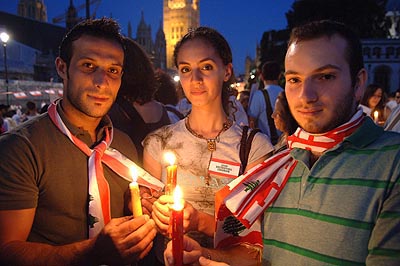 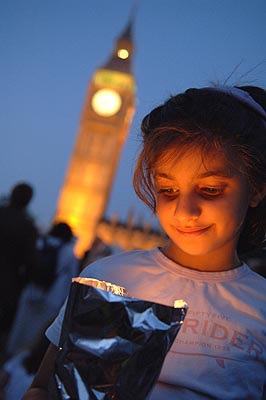 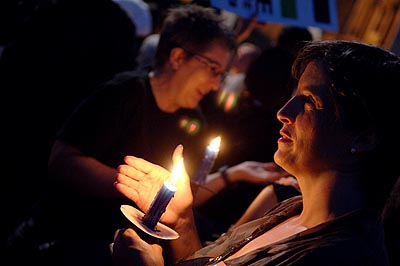 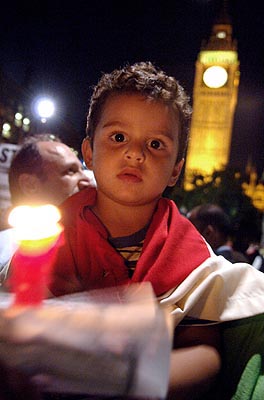 ...to demand an end to the slaughter. 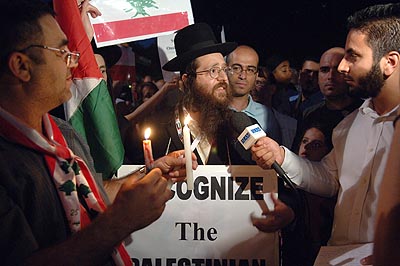 An anti-zionist jew is applauded as he is interviewed by the Islam Channel. 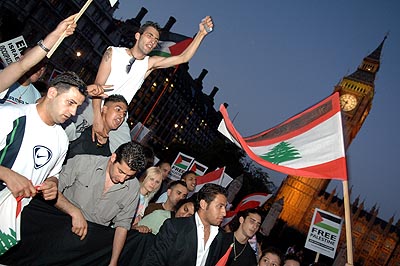 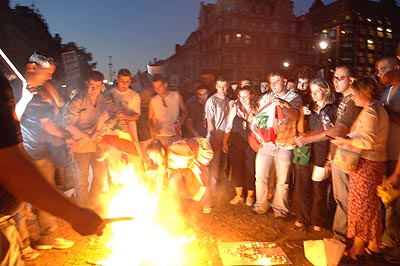 For the last 20 years the thousands of Lebonese refugees in London and Britain have made new lives for themselves. Many of them are still traumatized by the events they left behind. For many of their children and grandchildren Lebanon is a peaceful welcoming place they go on holiday to visit relatives.

Now the horror has returned to everyone’s tv screens and the peace movement and the Lebonese community are having none of it. If this protest, which was called at very little notice is anything to go by then Saturday’s demo will be massive and very angry.