The road outside Parliament was blocked for around 20 minutes by around 500 mostly Lebanese demonstrators. The action forced the main gates to be locked by Police so MPs wishing to drive home at the end of the session found themselves locked in.

The Police were hopelessly outnumbered so could do little except stand and watch. They called in reinforcements from just about everywhere including City of London, British Transport Police and local Westminster duty plods. Having no option but to adopt a softly, softly approach they kept well back letting the stewards gently move the protesters back into the square. They then formed a line of vans and officers across the front of the demo and remained until the protest finished. There was no violence, the protest remained loud and angry until the end. 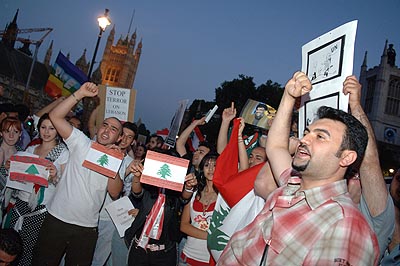 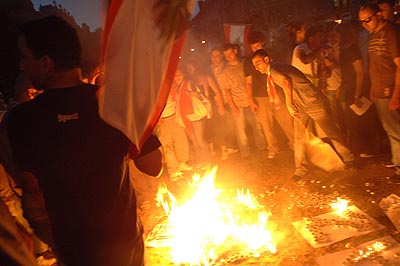 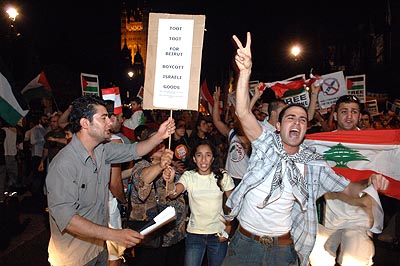 The road is taken... 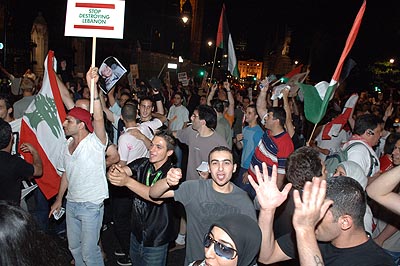 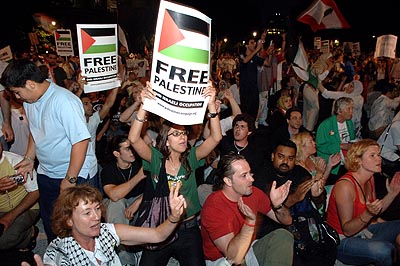 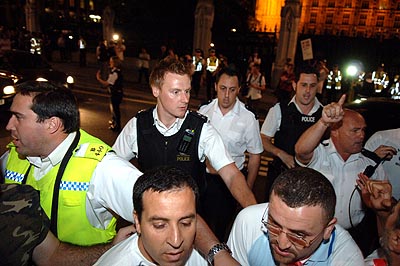 A bizzare mixture of cops.... 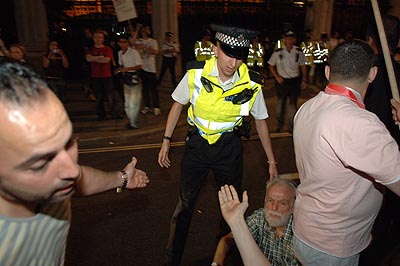 ...including the bloke from the Mr Muscle advert. 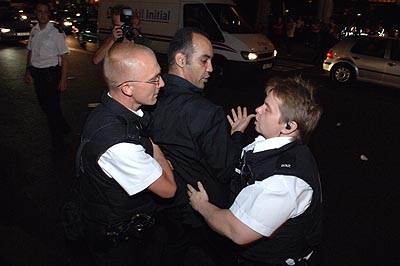 "No Sir, roads are generally reserved for traffic."