G8 Arrests : Has Everyone Now Been Released ?

In Saint Petersburg, following the G8 Summit, there are questions about whether all detainees have now been released. The actual number of people arrested remains unclear. Those who know of someone who went to Russia but who has not come back, please post an appeal for their release on Indymedia. 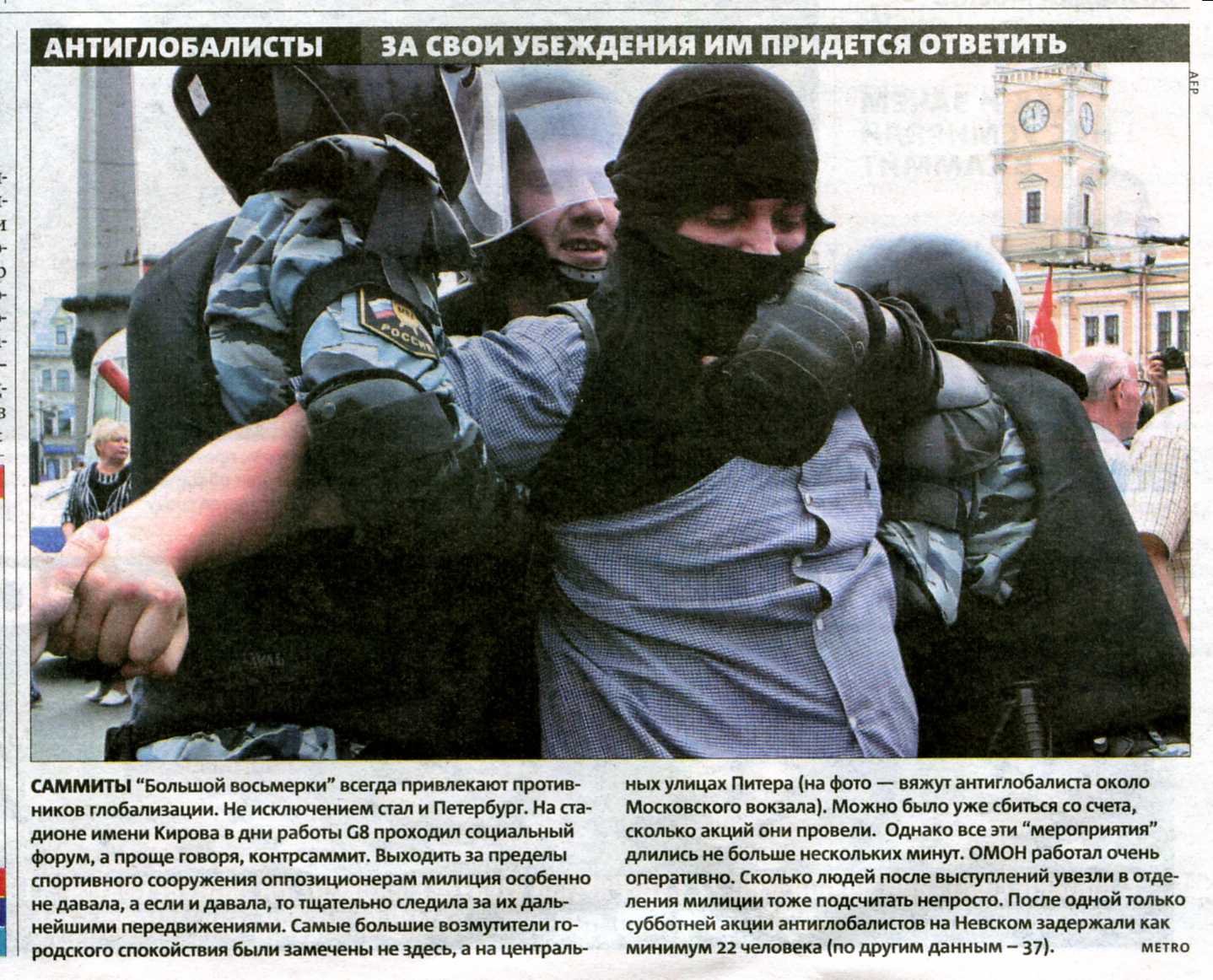 This article from the daily free newspaper Metro shows the loose counting of the police in Saint Petersburg. If anyone you know who went to the G8 Summit in Russia is now missing, please post to Indymedia.

Rough Translation : "Antiglobalists - they will have to answer for their convictions. The G8 Summit always attracts those opposed to globalisation. And St Petersburg was no exception. During the time of the summit meetings, there took place in the Kirov Stadium a social forum, or, rather, a contra-summit. In particular, the police did not allow the members of the opposition to go outside the bounds of the sporting facility, or if they did, then they took pains to track their subsequent movements. The acts most subversive to peace of the city took place not here, but on the main streets of St Petersburg (in the photo: police arrest an antiglobalist demonstrator near Moscow Station). The number of acts were indeed too many to count. However, all of these 'events' lasted no longer than a few minutes. OMON (the special forces police department) worked very efficiently. It is not easy to count, either, the number of people who were taken to local police stations after the demonstrations. After just one such event on Saturday, at least 22 antiglobalists were arrested on Nevsky Prospekt (the city's main street) (according to other sources this figure was 37).

2 persons are still in prison (they got 15 days of arrest which will end soon), all the others are released already.