Keysar Trad, from the Islamic Friendship Association, told Green Left Weekly that more rallies, and bigger ones, would be needed if Israel didn't pull back from its invasion of Lebanon. 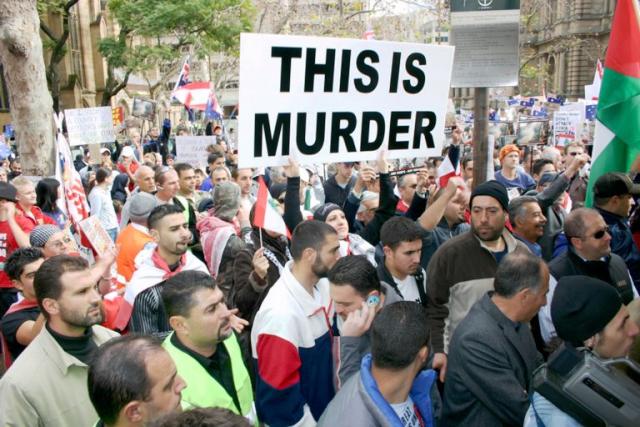 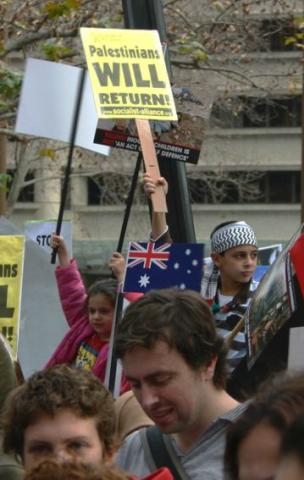 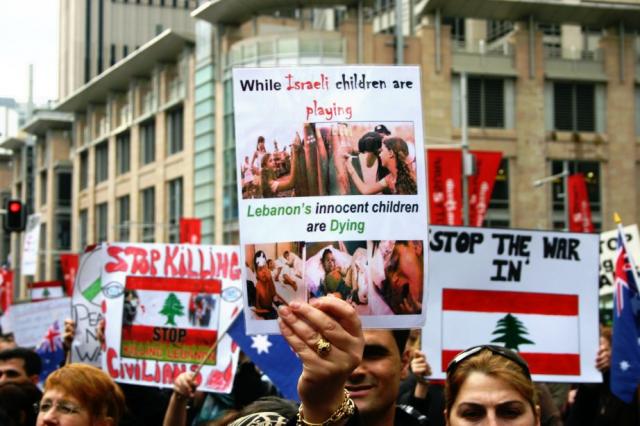 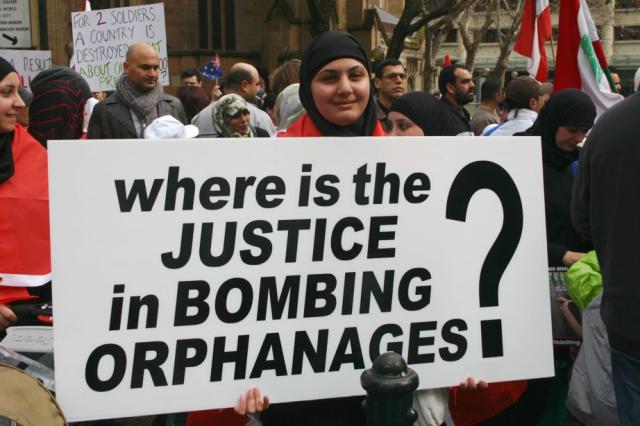 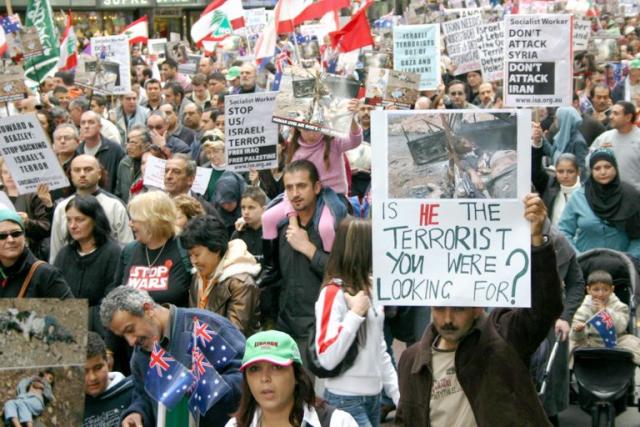 AUSTRALIA: Sydney rally against Israeli attacks on Lebanon & Palestine The streets were filled with throngs of people -- many from Sydney's Lebanese and Palestinian communities -- as 20,000 people marched on July 22 to protest the bitter injustice of Israel's latest offensive against the people of Lebanon and Palestine.

Indignant that media reports continuously refer to Israel's aggression as "self defence'', countless home-made placards carried pictures of dead, injured or dying children with messages like" Is this the terrorist you were looking for?''.

The protest gave expression to the genuine and passionate concerns of a community that establishment media and state and federal governments have done their best to terrorise and intimidate with "anti-terror'' laws and a cultivated culture of fear.

The rally was organised by the Australian Arabic Committee in Solidarity with the People of Lebanon and Palestine, supported by peace groups, unions and other community organisations.

The march to the US Consulate, which took up both lanes of George Street and several blocks, was loud with Lebanese women and youth leading popular chants of "One, two, three, four, Stop bush stop the war'', "Down, down George Bush", and "Hey, hey Israel, how many kids have you killed today?'' and "Free Lebanon, Free Palestine, Israel out".

The crowd stayed on at the US consulate long after the speeches had ended, clearly happy with the community response.

Keysar Trad, from the Islamic Friendship Association, told Green Left Weekly that more rallies, and bigger ones, would be needed if Israel didn't pull back from its invasion of Lebanon.

http://www.greenleft.org.au for more reports from around the country.