Approximately 50 supporters gathered this morning at Stockwell Tube station to mark the first anniversary of the murder of Brazilian Jean Charles de Menezes by the British security forces. 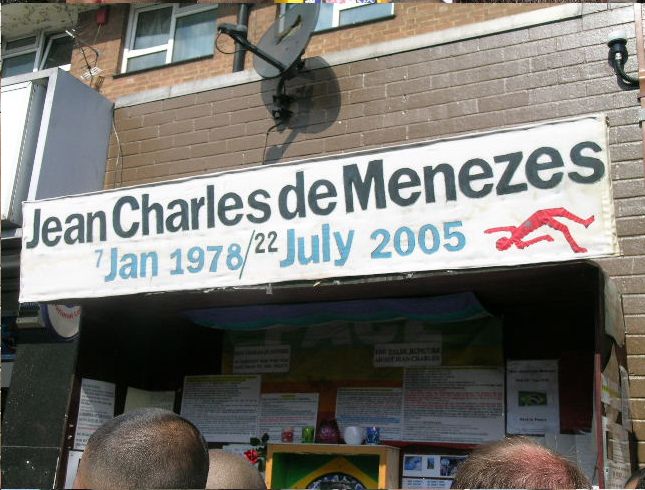 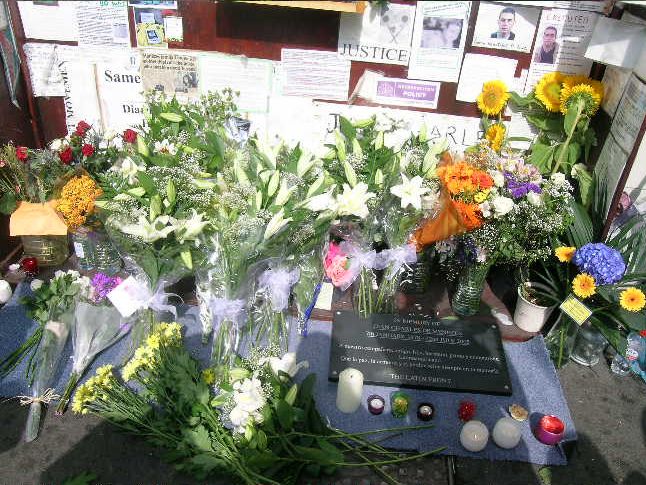 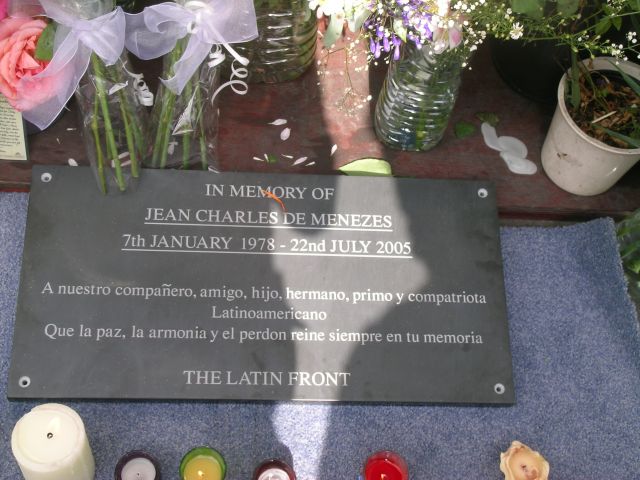 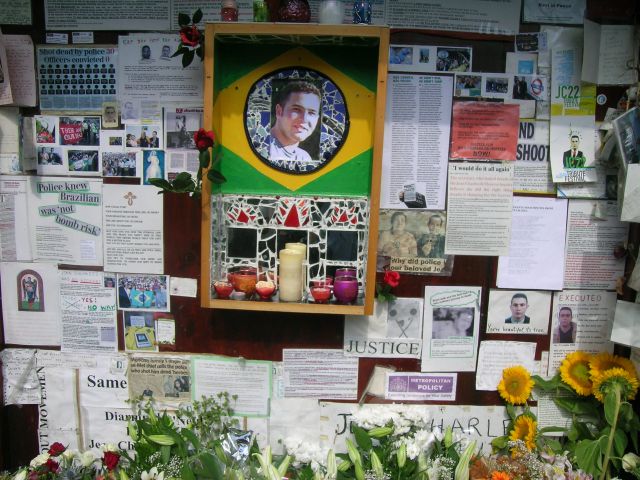 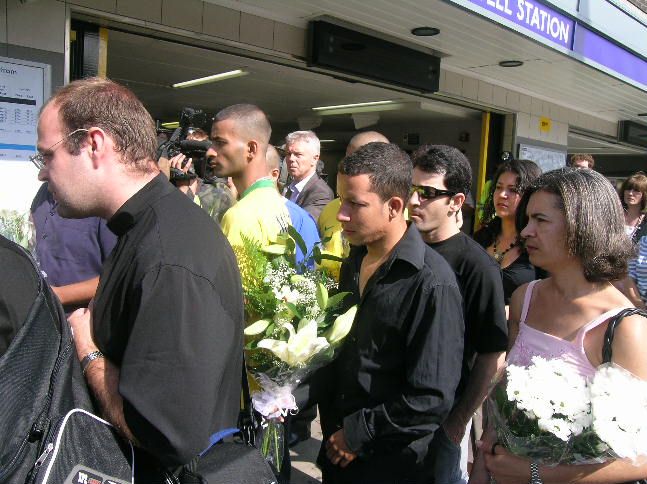 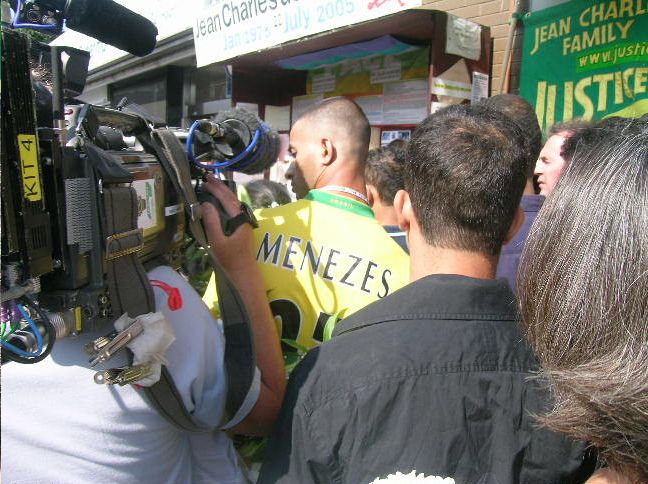 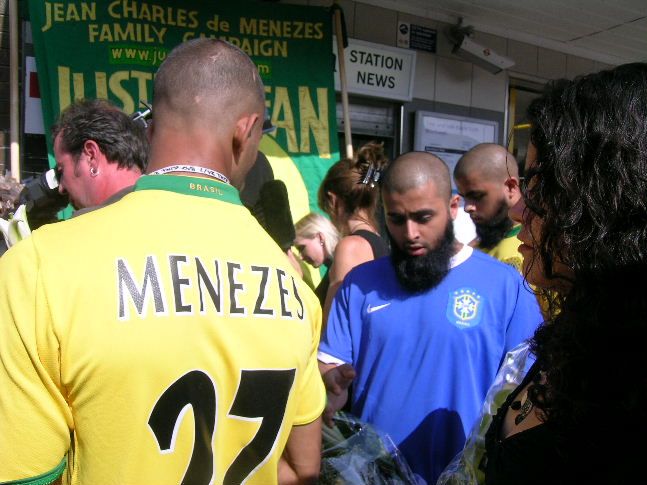 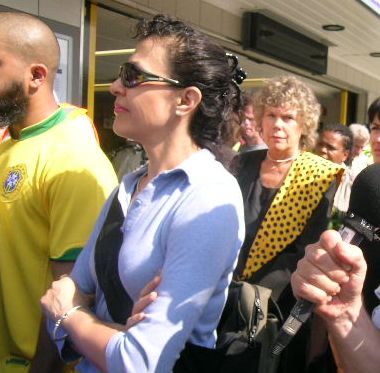 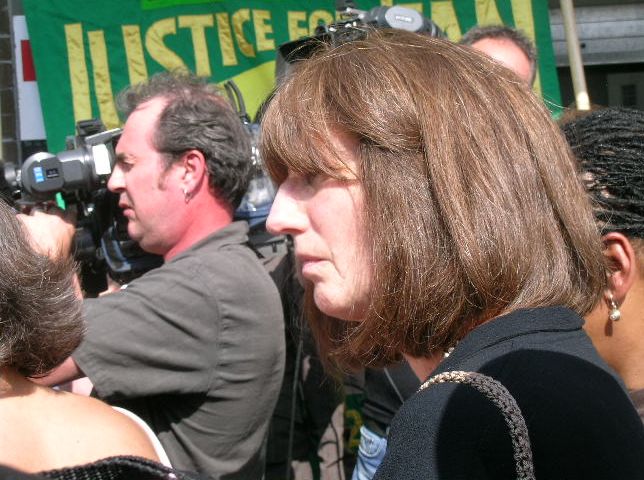 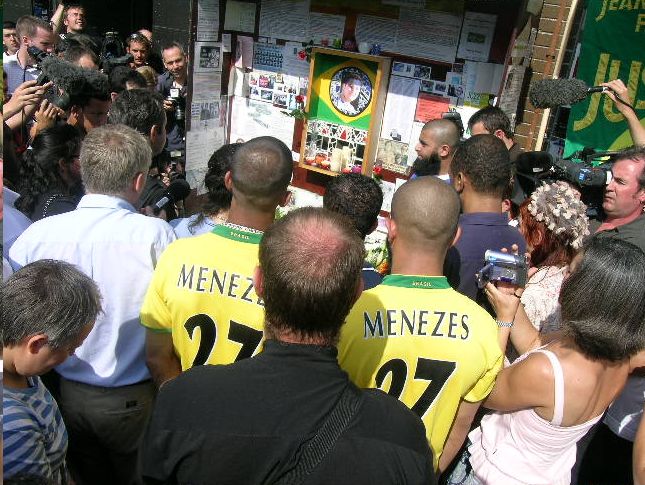 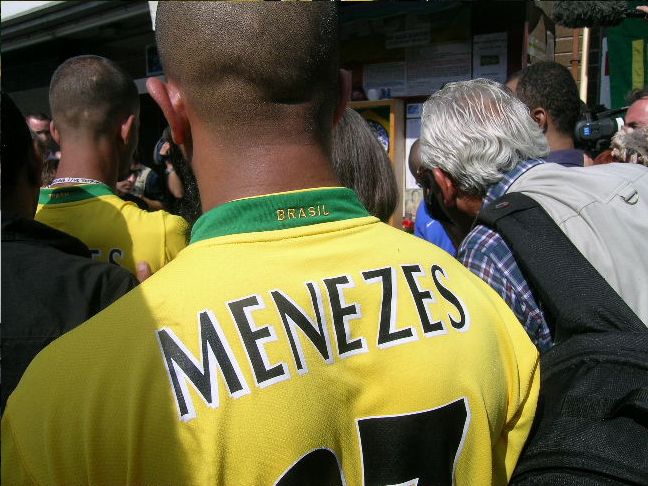 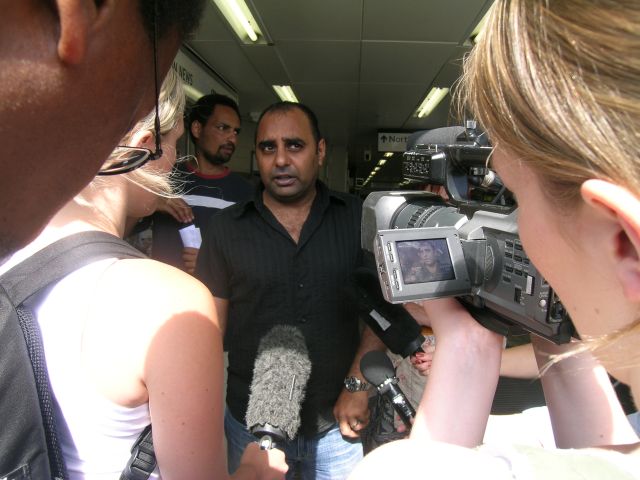 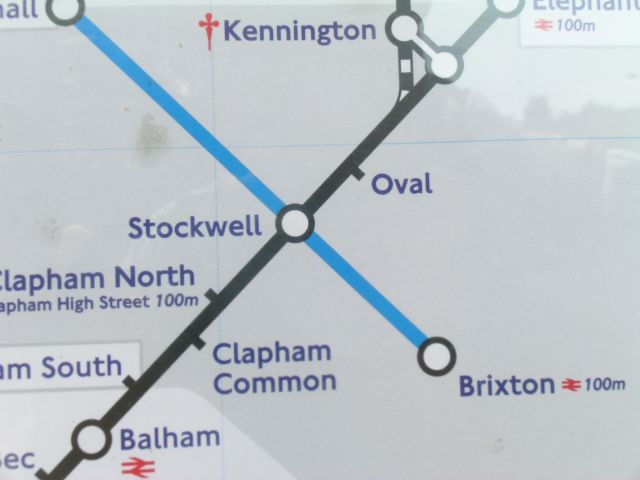 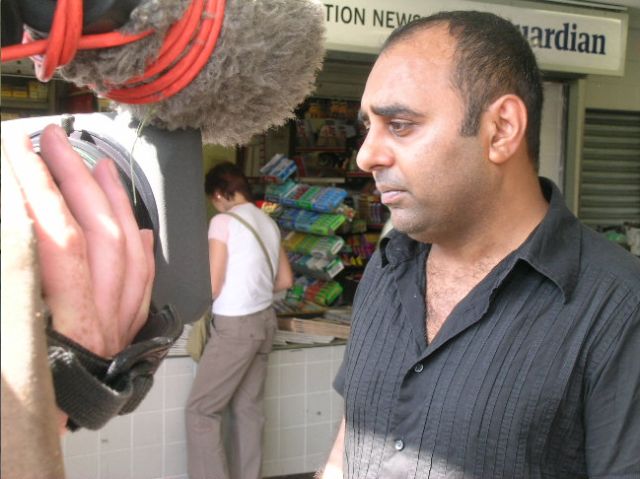 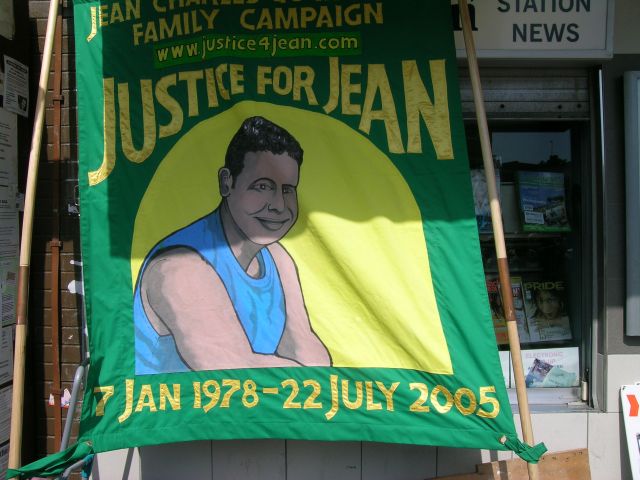 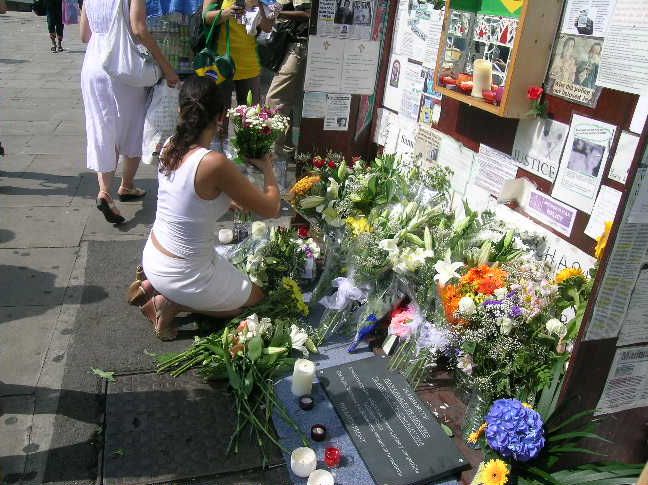 Flowers at the shrine 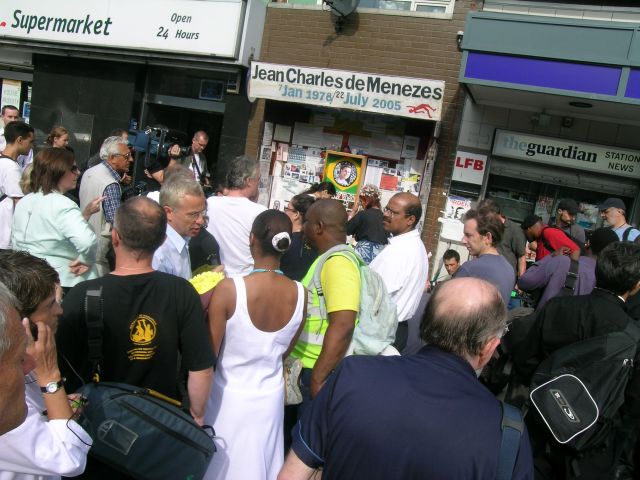 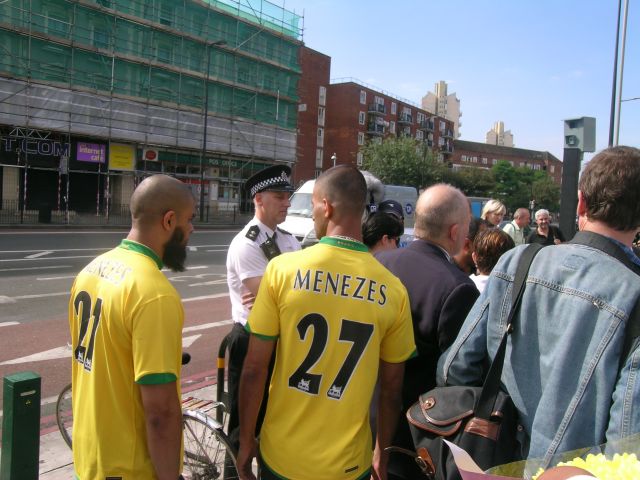 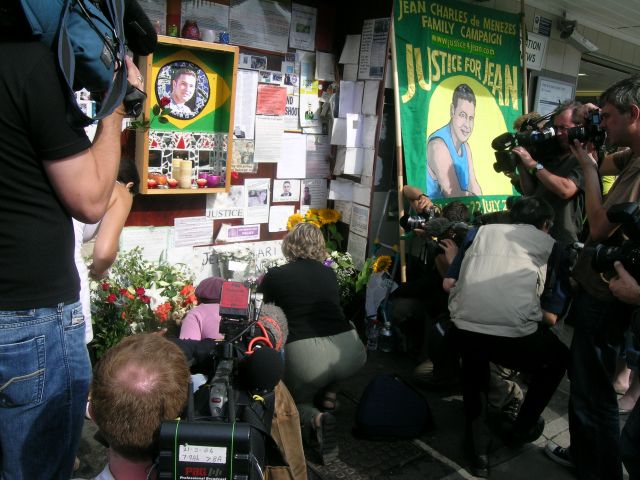 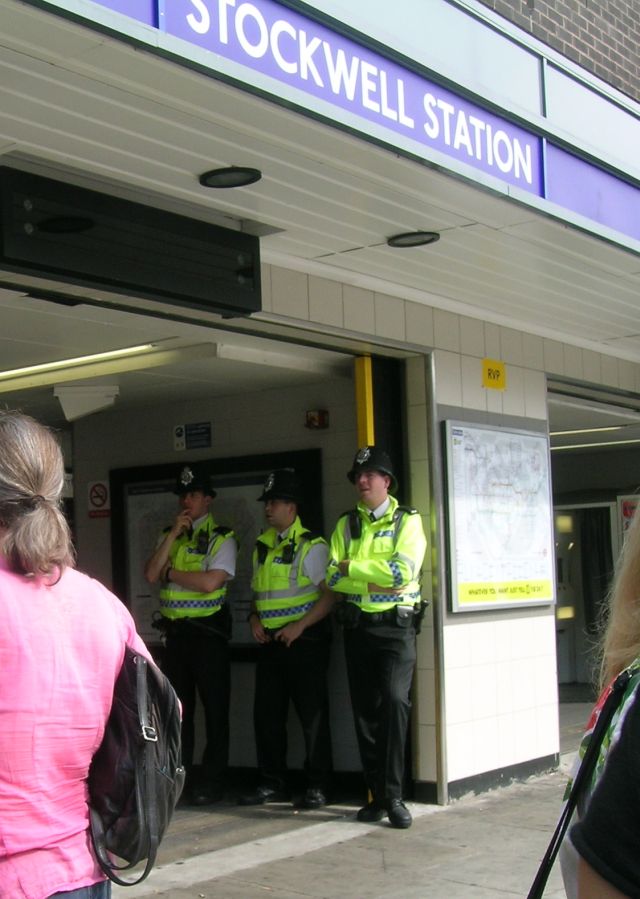 The vigil incorporated a minute's silence, some prayers in Portguese and a flower laying ceremony.

The Crown Prosecution Service announced last Monday that no officers would be charged over the illegal killing. The Metropolitan Police will be prosecuted under health and safety laws in connection with the death of the 27-year-old Brazilian which his family has described as "unbelievable" and "ridiculous".

Mohammed Abdul Kahar, an innocent victim of the police shooting fiasco in Forest Gate in June said of the tragic shooting of Jean Charles, "Every day I see my mum and my family going through pain. They're having counselling every day, and myself as well. And I can't imagine how his mum's feeling."

Two reports by the Independent Police Complaints Commission into the Stockwell shooting have yet to be published. Asad Rehman, of the Newham Monitoring Project, advised today that staff at the IPCC responsible for dealing with the de Menezes case have now gone on holiday leaving the de Menezes family to wait a further two weeks or more to hear what action is next to be taken.

The Jean Charles de Menezes Family Campaign is lobbying for a permanent memorial plaque to be laid at Stockwell tube station in keeping with other established memorials for the victims of the 7/7 bombings.


A letter I sent:

From: sean scullion
To:

To Whom It Concerns,

I believe it is absolutely essential that the IPCC demands Sir Ian Blair answer
the questions regarding the killing of de Menezes as soon as possible. It is
unacceptable to many of us that this questions will undergo further delays.
These questions are plaguing the nation and very few people feel confidence
with the Metropolitan police force whilst Blair remains in charge.

Please IPCC, exert your authority and demand he answers the questions that are
on everyone's mind. I also believe it is essential to insist Blair stops active
duty until the investigation into his handling of the situation is dealt with.
How can Londoners feel safe when we all feel there has been a major police
cover-up at the highest level?