7 - 30,000 protestors, depending on who you believe, marched from whitehall to hyde park today. then they went home 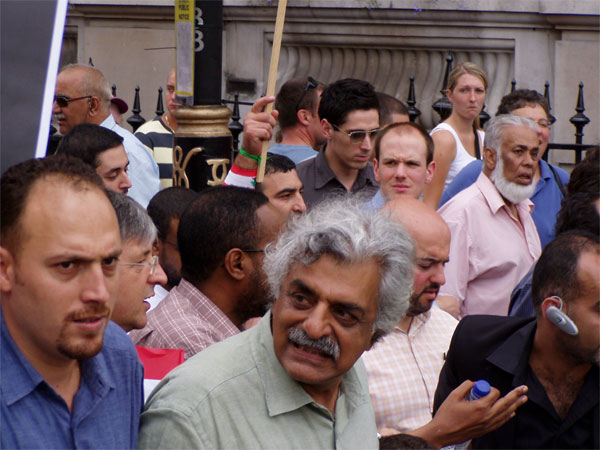 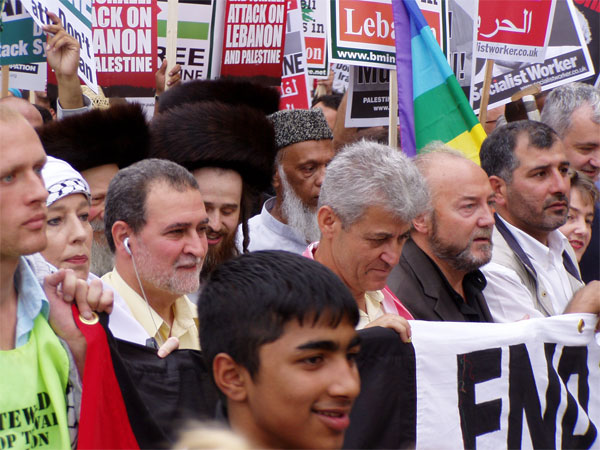 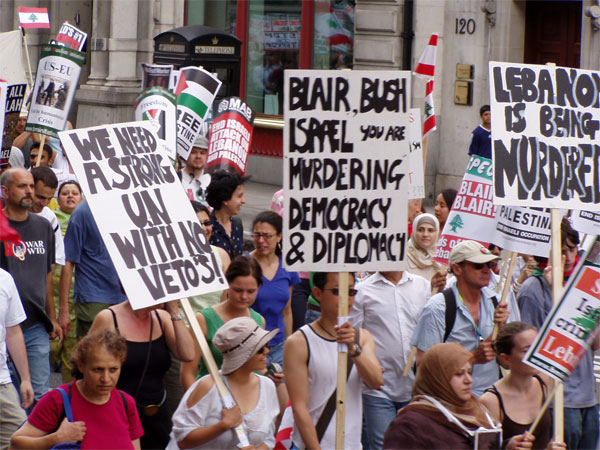 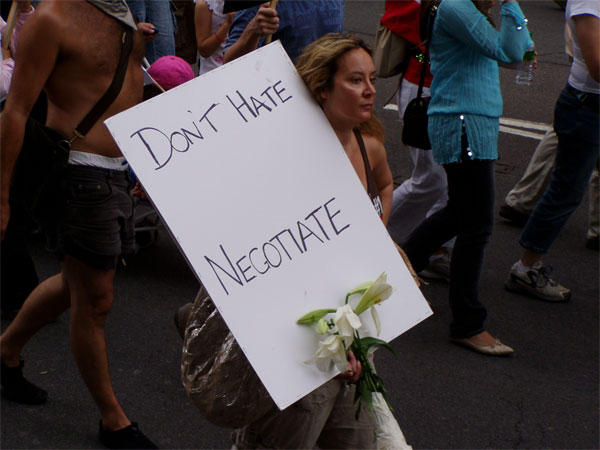 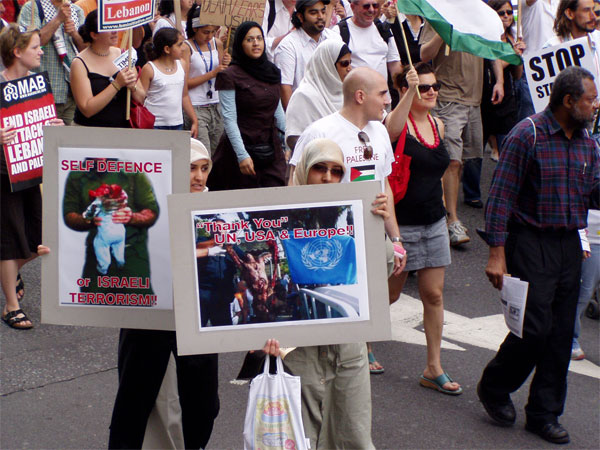 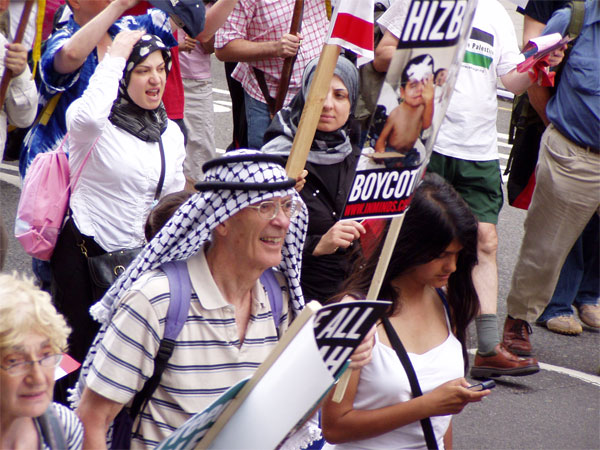 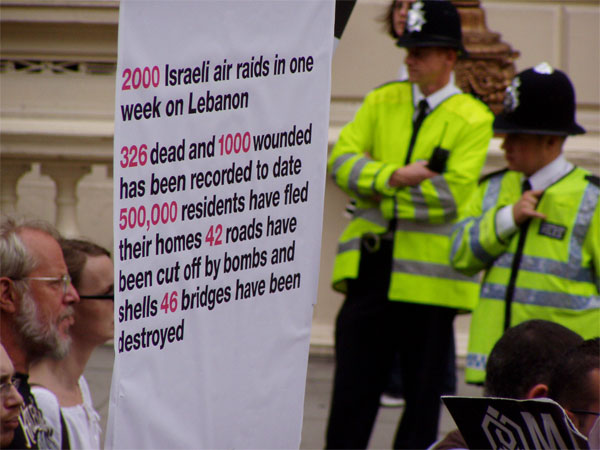 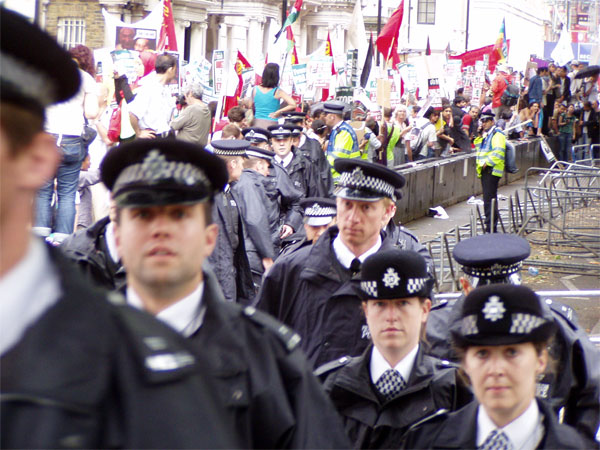 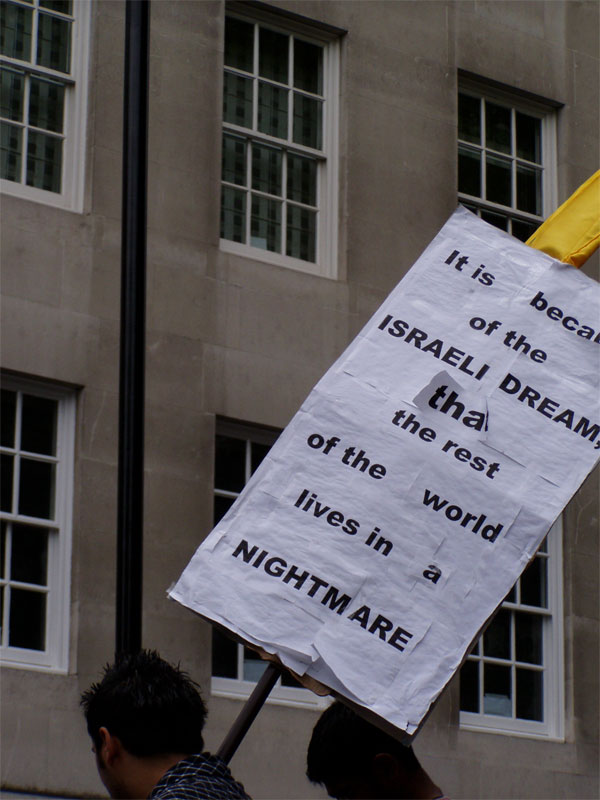 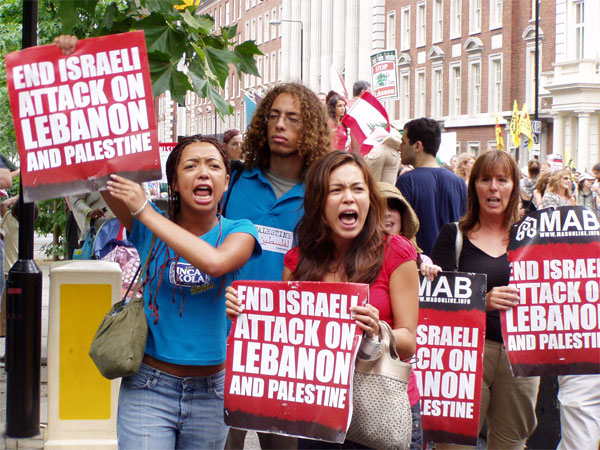 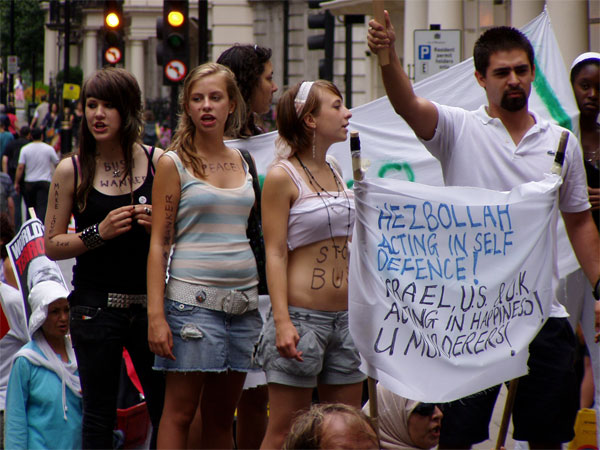 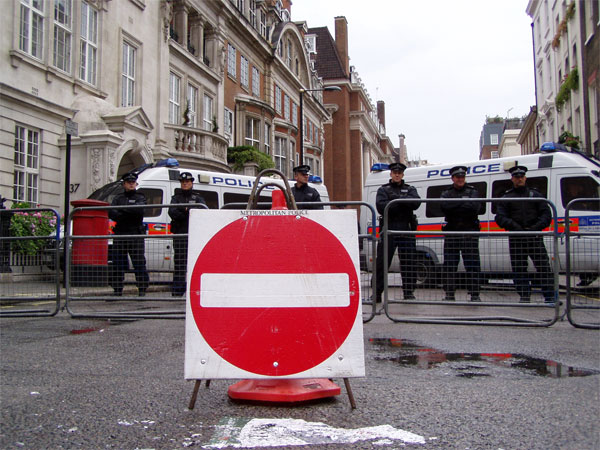 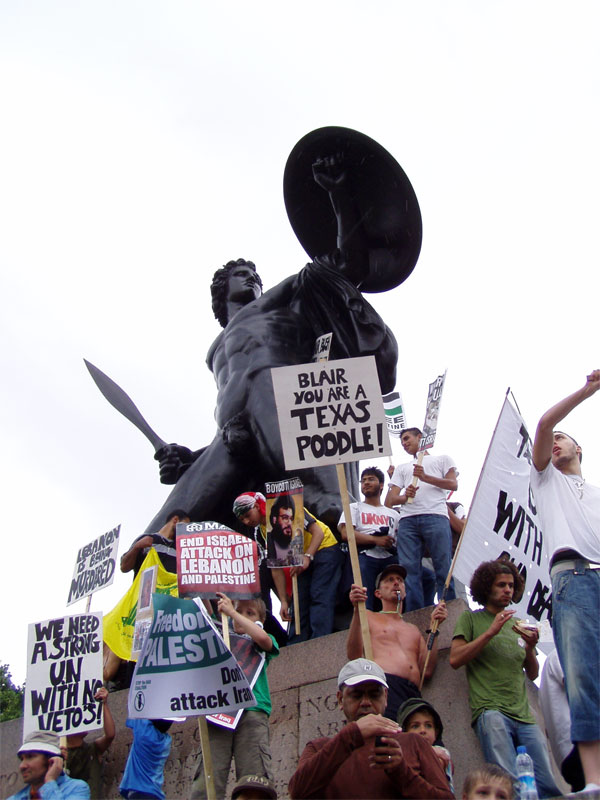 the crowd assembled in whitehall place, and at just after 1 o clock, they set off up past trafalgar square. tension seemed quite high at first, with a full-on police surveillance operation. soon after the start, a group of ultra-orthodox jews tried to join, and in a total misunderstanding (i heard one cop saying they were being provocative!), forward "intelligence" officers tried to move them away, but they were beckoned in to the front of the march by slightly more intelligent folk who realised they were there in solidarity.

i watched the whole of the march pass me in a wide street outside the institute of directors and it took more than half an hour, and was packed for most of that time. certainly way over 7,000. there was a wonderful full range of ages and cultures.

things slowed outside the american embassy, and i heard that some of the barriers had been torn down earlier despite a massive police presence with riot police on stand-by in nearby streets, armed police inside the compound, and a show of uniformed police in front of the embassy.

i got to thinking, here we are protesting about the israeli invasion of the lebanon and palestine, and about our own government's collusion in respect of the fact that, unlike most of the rest of the international community, the uk is not calling for a ceasefire. and yet, the march moves away from our government buildings, and does not pass the israeli embassy - strange!! however, i suppose since we all know america is behind a lot of this, there's some sense in going there first. but why not the israeli embassy. someone said it's because they are based in a private road - is this right?

anyway, the march ended up at the corner of hyde park and the usual suspects made their speeches. numbers thinned out rapidly at the end, possibly partly because many people had received a soaking in the occasionally torrential rain.

there was word going around for protestors to return to trafalgar square in time for a bbc 'big dance' live broadcast and some possible direct action, but it seemed people's appetite for protest had been exhausted and it was a no show.

still, we made a few seconds on the bbc bulletins - but no mention of the use of depleted uranium by israeli forces, and the burnt bodies of small lebanese girls targetted by white phosphorus munitions (the new 'legal' napalm).

you never know, if enough people knew about that stuff, they might not be quite so content to march from a to b and listen to speeches.

a tear in my eye

after looking at your photos from the london demonstration, it occured to me that the youth are once again leading the way in common sense, much like we did back in the 60's and 70's

this is a good thing for many reasons, primarily, young people just don't take no for an answer and are more likely to have the time to bitch

your photos looked so much like the anti vietnam shots i did, that it makes my spine shiver to think how stupid we remain in our quest for war