On Saturday 29 July 2006 between 200 and 300 people gathered in
in Birmingham city centre for a protest organised by West Midlands
Palestinian Solidarity Campaign "Protest at Israeli war crimes in
Palestine and Lebanon". 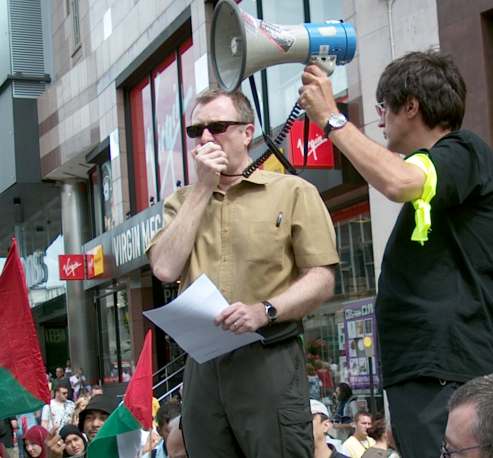 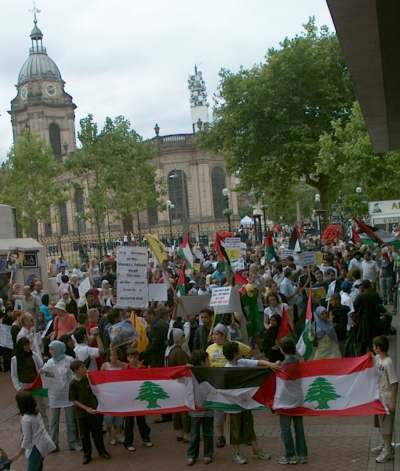 After assembling in High Street near the Bullring the crowd heard speakers
including Richard Burden, MP for Birmingham Northfield (see photo).
Burden said "I condemn attacks on civilians from wherever those attacks
come" and there was applause.

The crowd marched to Temple Street next to the cathedral (and on the
way I counted approximately 250 people). Here there were more speeches
before the march back to the starting point in High Street.

In High Street before the march and again afterwards, and near the
cathedral there was also a "die-in", which consisted of a dozen or so
people lying on the ground.