this ineffectual demo has been covered elsewhere on indymedia, but here are a few pics for anyone interested 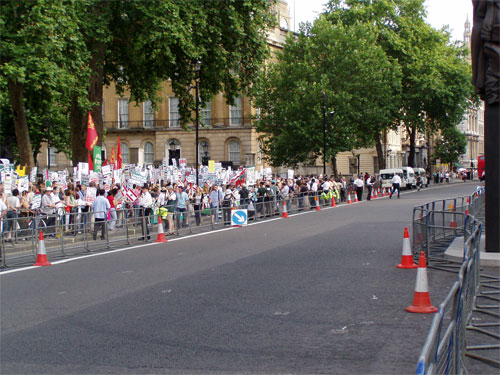 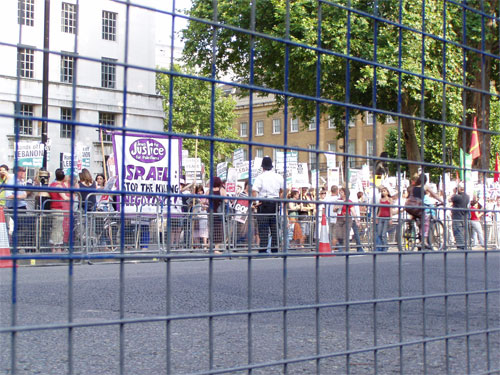 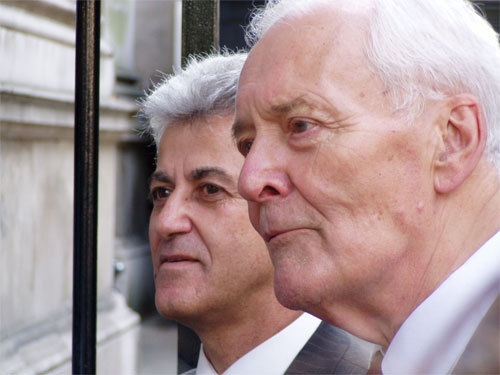 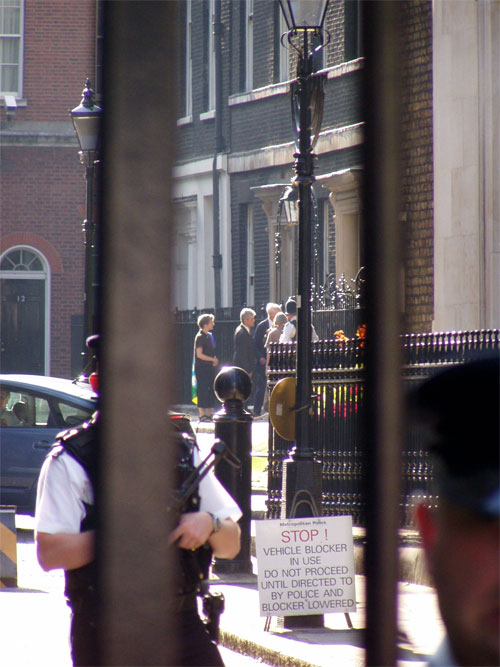 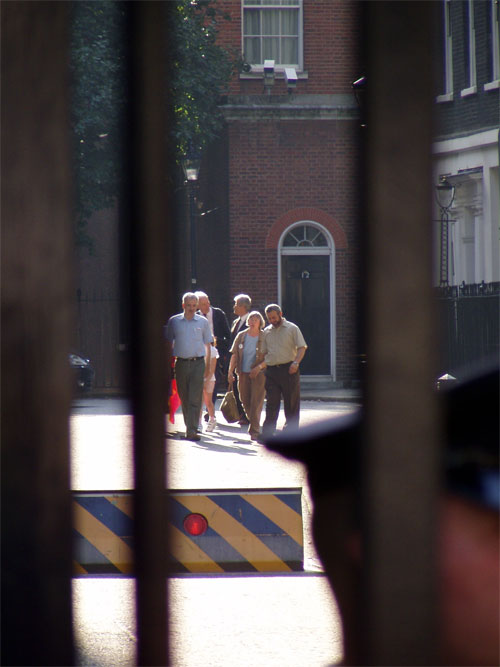 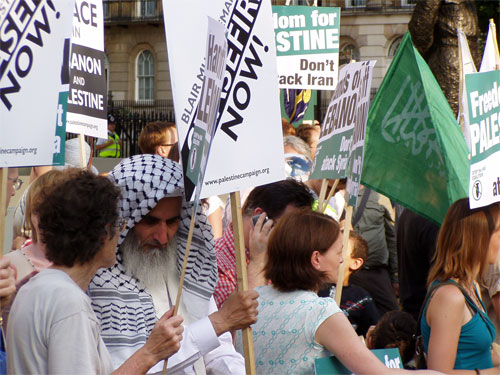 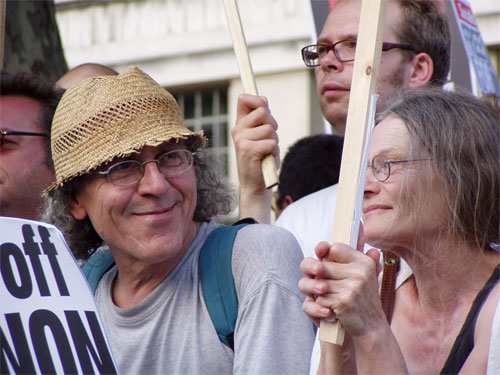 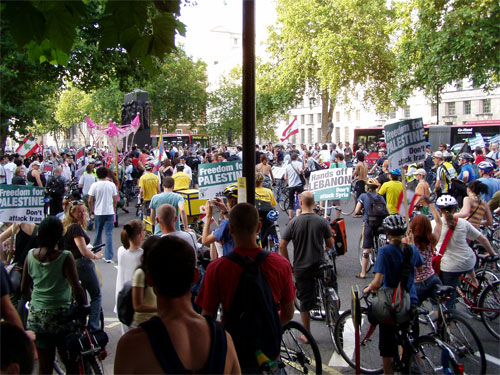 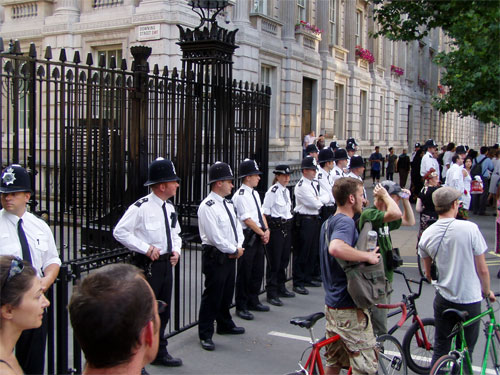 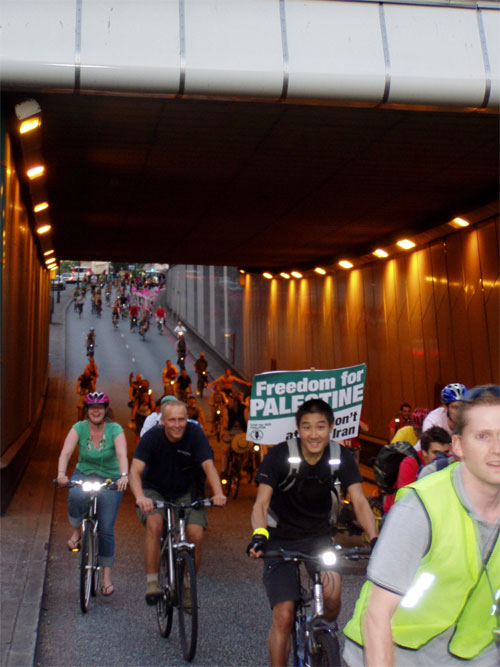 the protest was effectively controlled by a lot of police, a lot of barriers, and by collaborationist stwc stewards.

voices were silenced by the ban on megaphones (enforced by the stewards).

this demo was so impotent that even the police forward intelligence team photographers didn't bother turning up!

a letter was delivered by tony benn and others to downing street.

everyone did as they were told and left at 7pm

the critical mass cycle ride turned up and blocked whitehall for a while soon after - many riders had middle-east related banners - the ride also took over the marylebone road and headed for the lebanese area of edgware road.