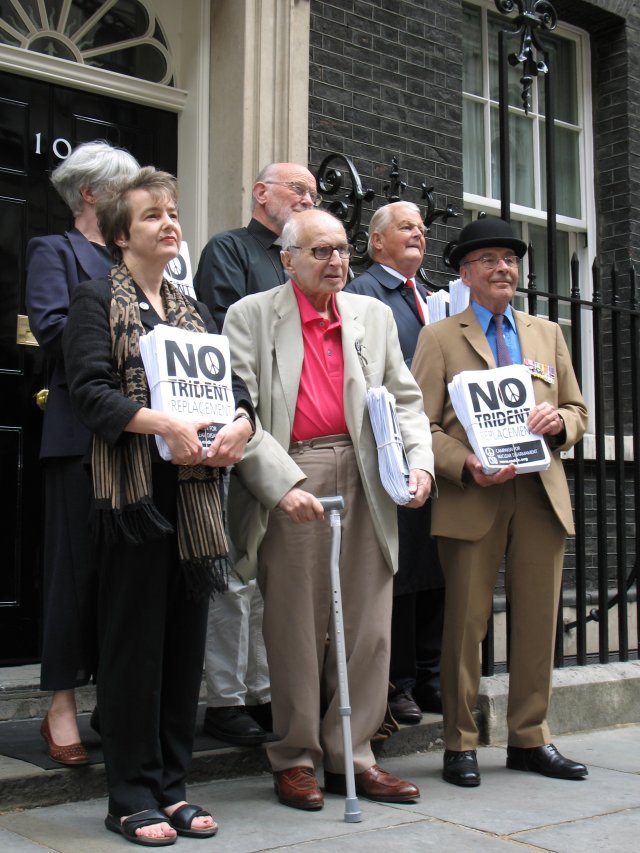 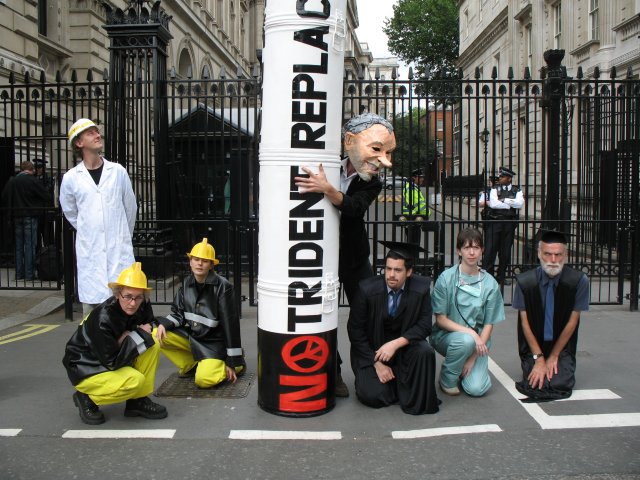 Talks, Petitions, and Demos are all very nice. Sometimes enjoyable social occasions, someitmes a bit like being in a Rugger scrum or Boxing ring for too long.

But they do not actually stop anything.

The protestors are absolutely right to protest at Trident. It is an American manufactured device, and much of it is now controlled by Americans. It is useless to defend the UK against our most probable future enemy. We should have our oen home grown, British designed, built, and controlled nuclear weapons system to defend us against the USA. Until the USA no longer controls any nuclear weapons.

We are now not as well defended as North Korea who do have their own. Should we be classing Thatcher as a traitor because of that, who was it that took the cheap option?