Protestors took part in a sit down, and dead, protest outside Downing Street. With a group of demonstrators lying down as dead, with many stopping to sit and join them. The protest ended with members of the last groups of activists being arrested. 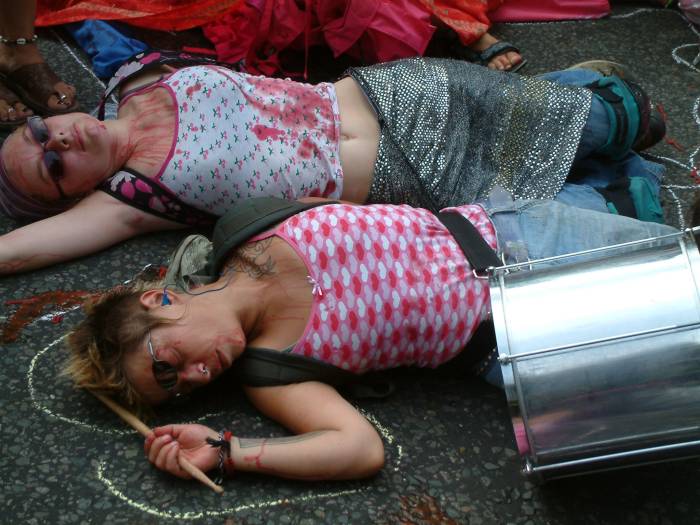 Death outside the gates of Downing Street 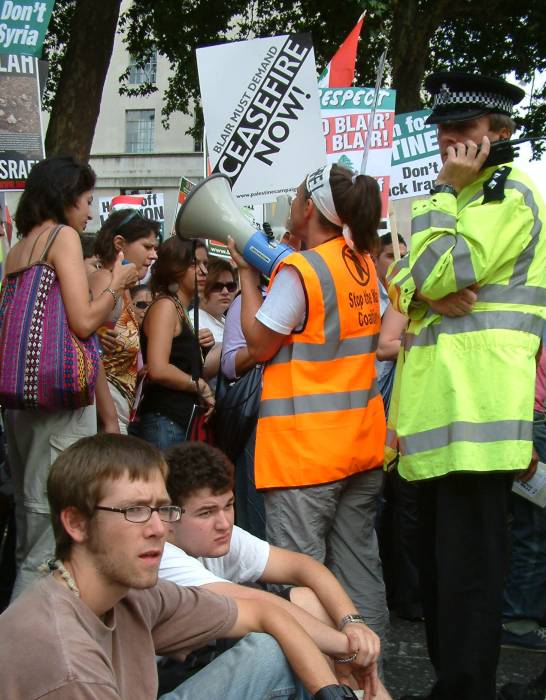 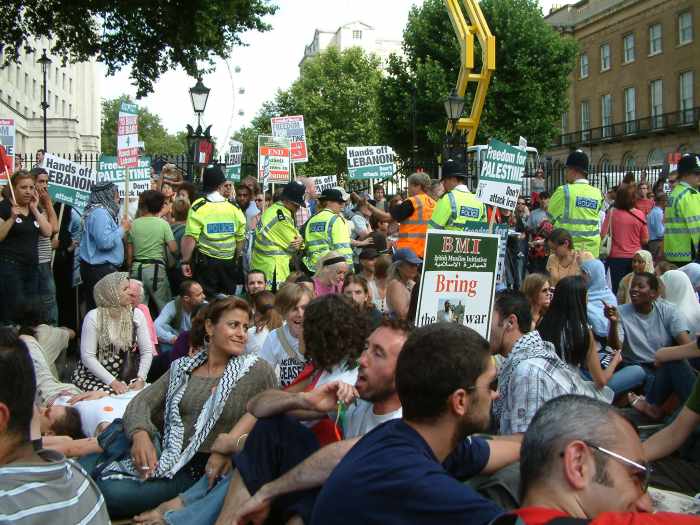 Sitting down on Parliament Street in Solidarity 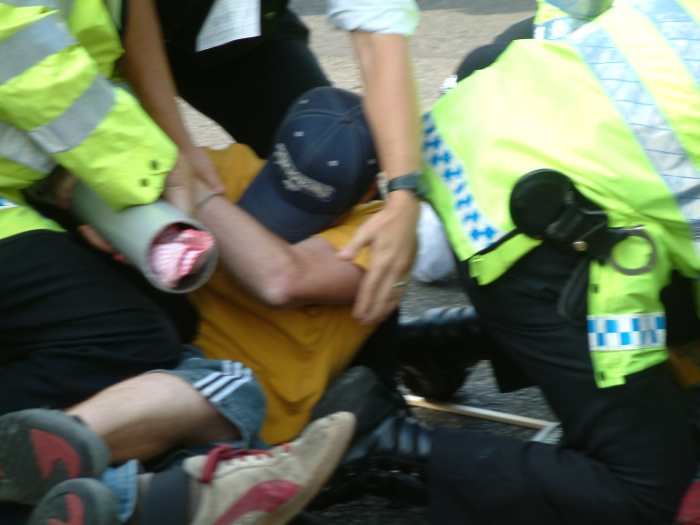 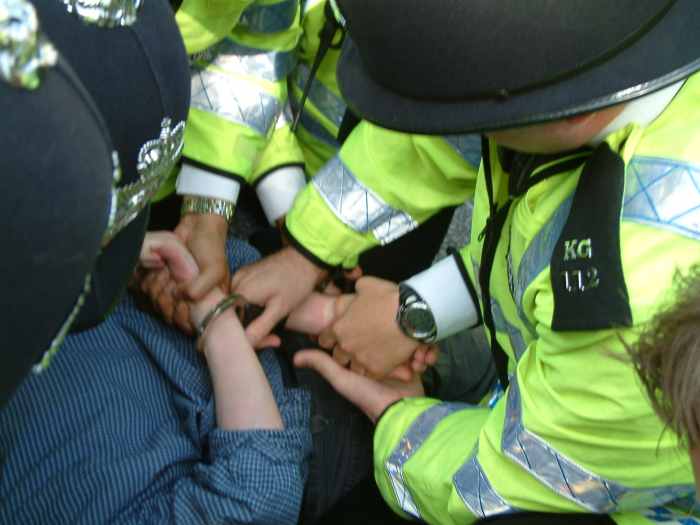 The action outside parliament street lasted for quite some time, with demonstrators from the march joining in rather than passing as they were generally being encouraged to do by the stewards. Once a group from the action moved on some of those who were determined to keep the protest going outside in the street were arrested.