With the psychopathic Israeli regime carrying out ethnic cleansing and mass civilian murder in Lebanon on an industrial scale, another A to B march would never seem enough. However the turnout was fantastic for such a short notice demo - must have been 100,000 but predictably the now blatantly pro-israel bbc is claiming a downright insulting 20,000. 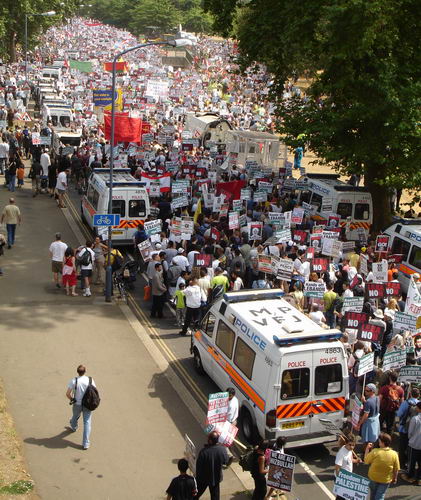 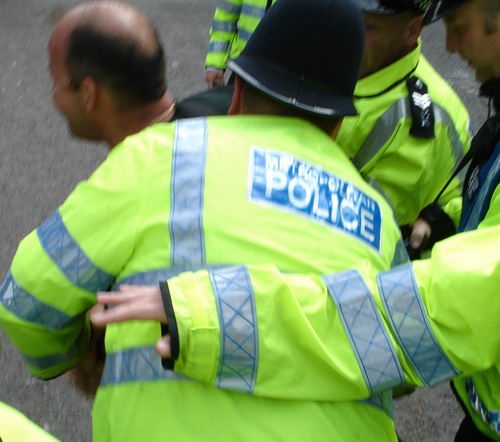 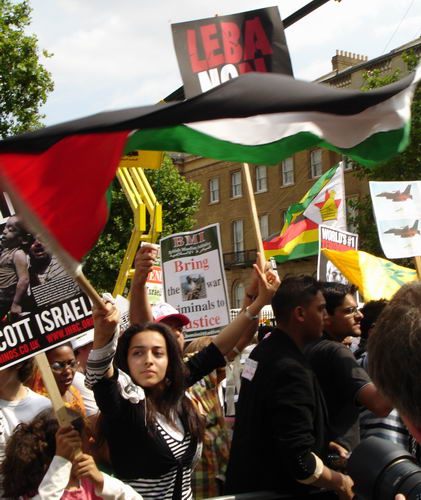 remember palestine is still being attacked 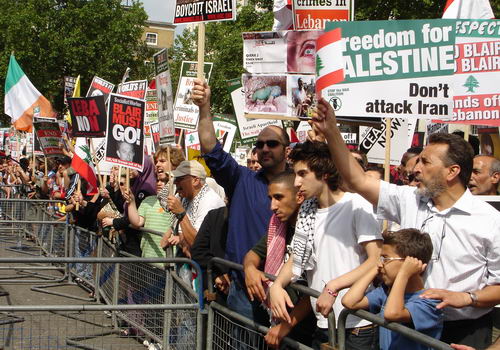 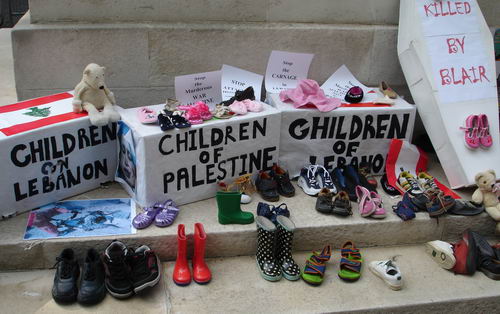 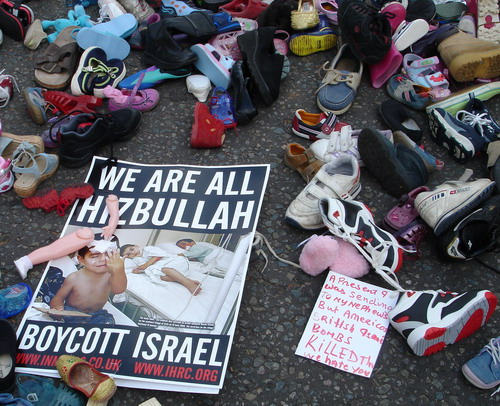 what can one say? 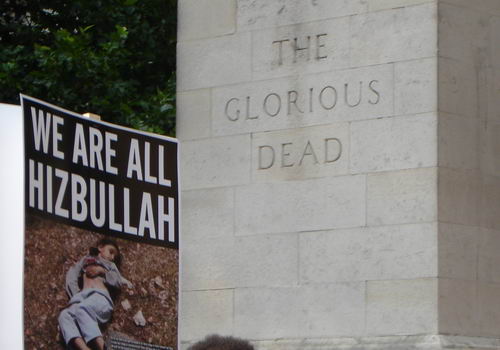 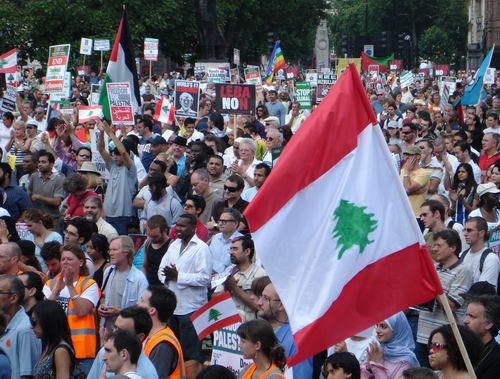 parliament square was full to bursting 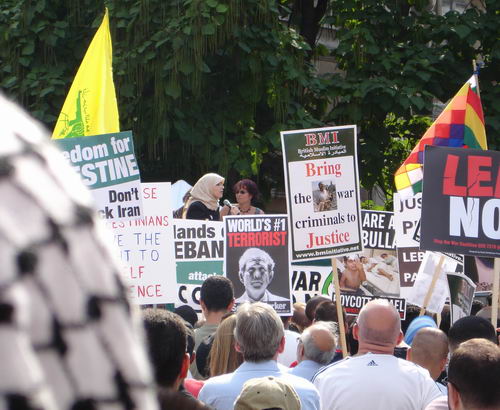 the many speeches were intently listened to 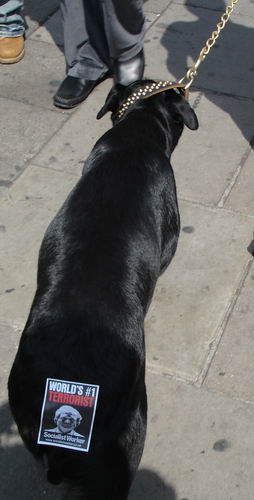 the dog's arse of the world

The main excitement I experienced was outside downing street where most people vented their fury at blair's unwavering support for israel's bestial slaughter of lebanese and palestinian innocents. Hundreds of empty tiny children's shoes symbolising the outrageous number of child casualties were piled up there which made a very poignant display. A professional journalist was arrested for objecting to being punched by an over zealous police sergeant. I also noticed a friend of mine experiencing "limpet harassment" there by two particularly slimy members of the FIT team who just would not leave him alone - presumably they see him as some kind of dangerous ring leader? Despite such provocation, he was managing to remain completely calm.

As the march ended, there was the news that a ceasefire has finally been decided upon. However the draft resolution is hopelessly biased in israel's favour giving them carte blanche to carry on their murderous attacks if they can be described as "defensive". That it should take so long to decide how to write a few inadequate words that could potentially save hundreds of children's lives is shameful but utterly predictable. Certain powerful parties are obviously wishing to assist israel by giving it the maximum period of time in which to grab and clear the most lebanese land that it can. Of course the spoilt brat israel is already in breach of a staggering 70+ UN security resolutions so do we really expect such an out-of-control regime to observe one more UN request to stop attacking its long suffering neighbours and return their land? Pigs may fly first.