It's a good thing these guys don't carry firearms... 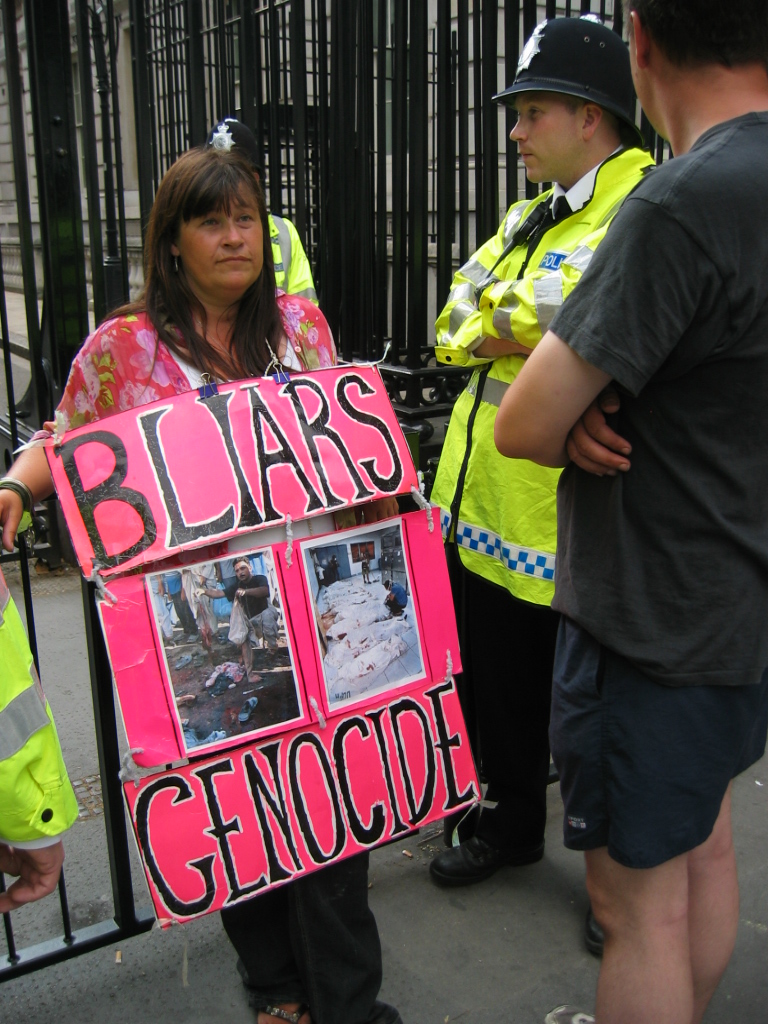 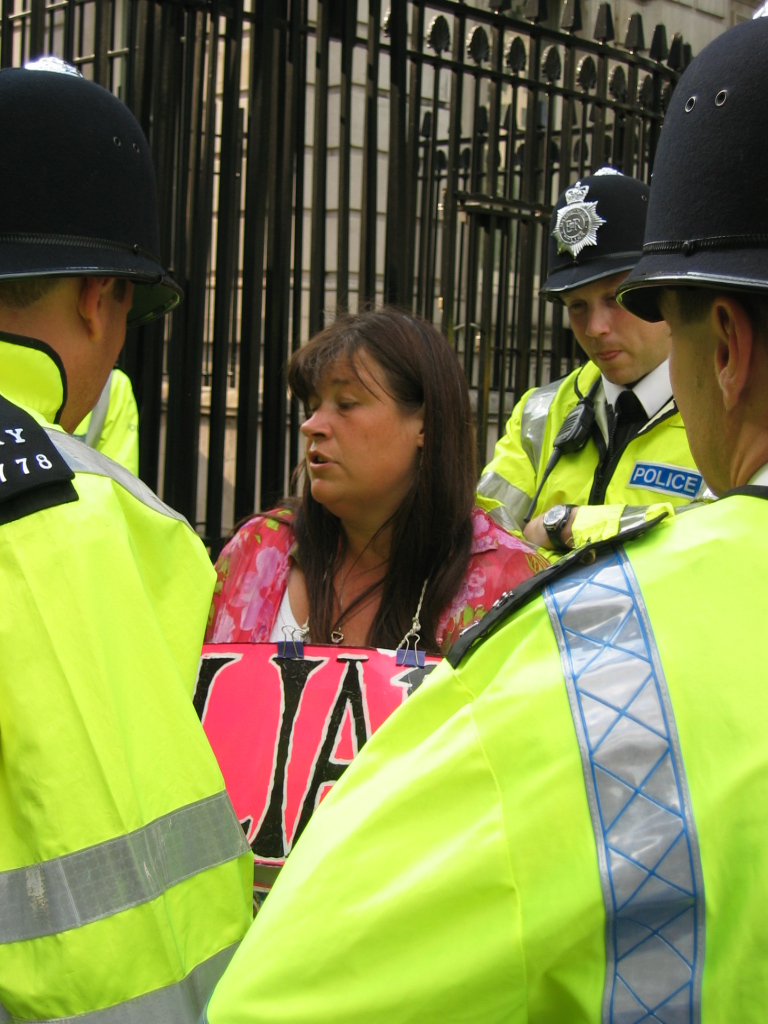 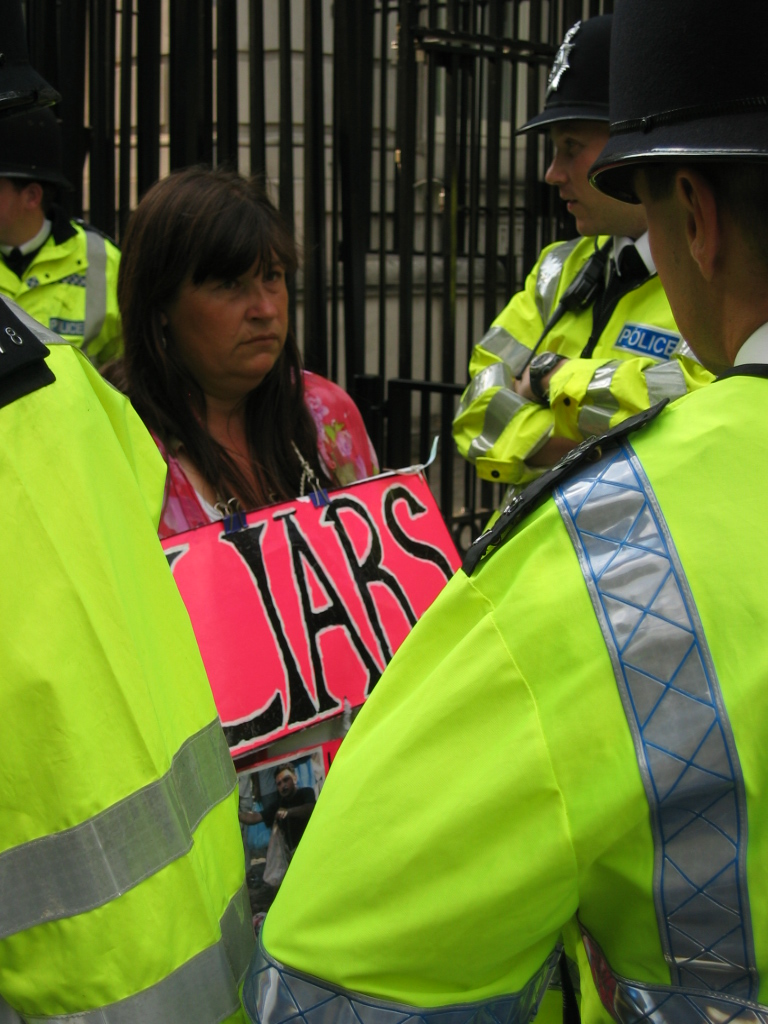 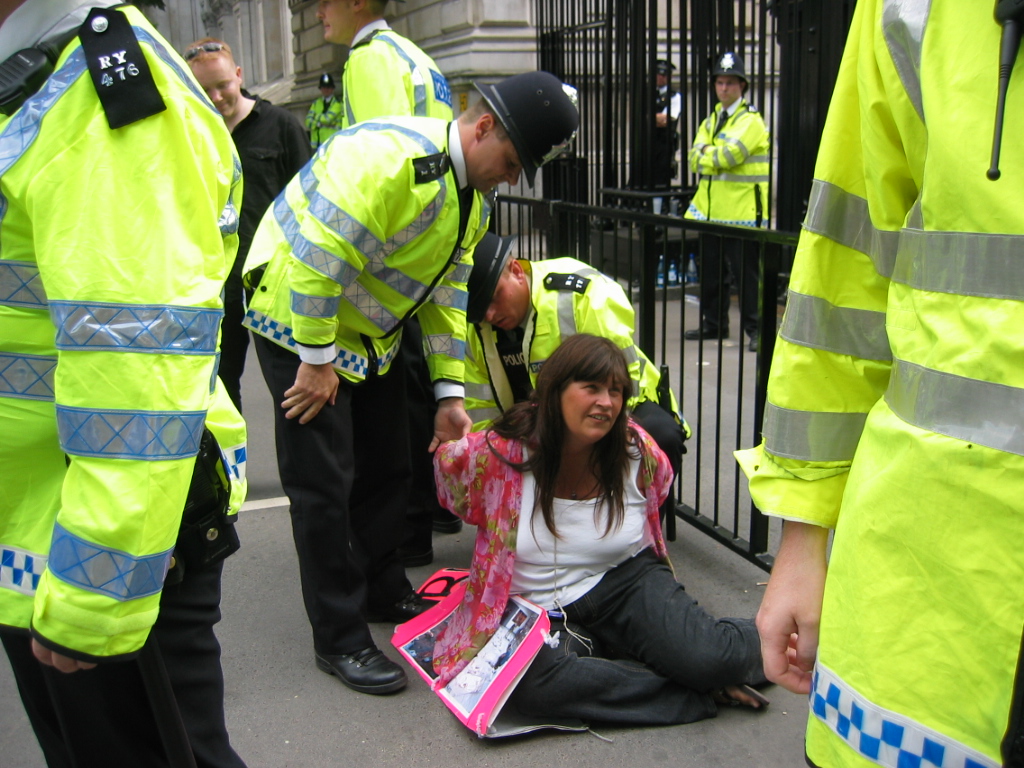 At around 5.20 yesterday I was walking past Downing St and saw the arrest of Barbara - didn't catch any other details as there were too many police surrounding her to have any kind of meaningful conversation.

When I arrived they were telling her to move on as she was causing an obstruction. As you can see from the photos, they were causing more of an obstruction than she was. She kept telling them that she had permission to be there, but they made no attempt to verify her story and kept trying to get her to go.

When she refused (after all, she had permission to be there) they told her that she had to go as her sign was causing distress to those passing by. I asked the crowd if they were distressed, and oddly enough everyone said no. At this stage a lawyer was passing by and asked if she needed legal help. Barbara said yes, but the police would not let the lawyer anywhere near her. The lawyer also asked the crowd if they were distressed and again the crowd said no.

The police then tried to intimidate her by crowding around her. When that didn't work, they distracted our attention by shoving her companion around the footpath and into us. by the time we turned back to Barbara, she was on the ground and they were arresting her.