"On the morning of August 6, 1945 the United States Army Air Forces dropped the nuclear weapon "Little Boy" on the city of Hiroshima, followed three days later by the detonation of the "Fat Man" bomb over Nagasaki, Japan." 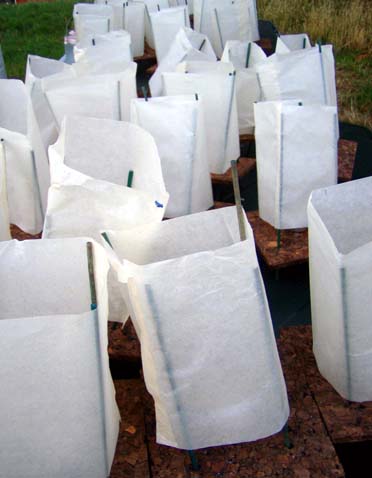 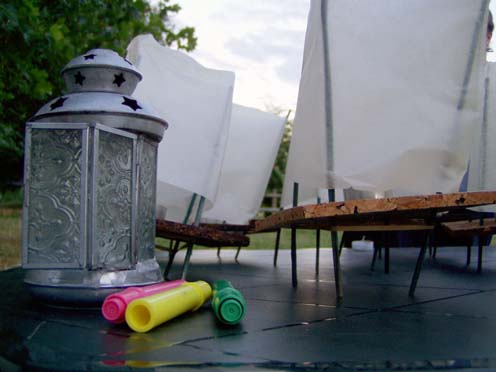 ...As arranged on table before decoration began. 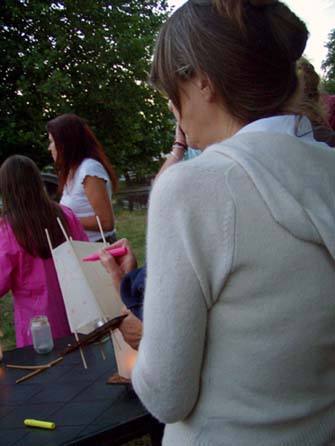 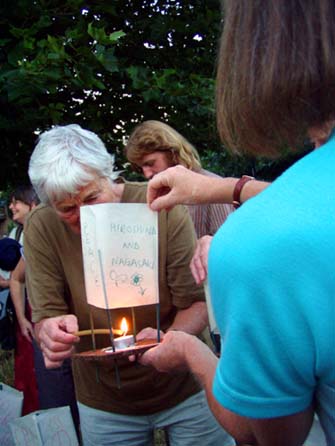 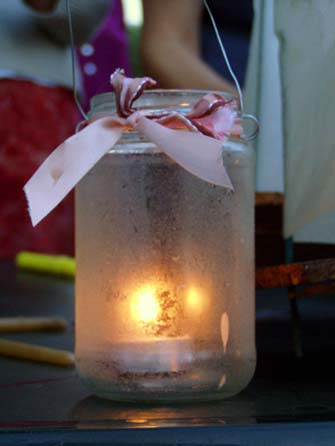 There were also Jar Lanterns. 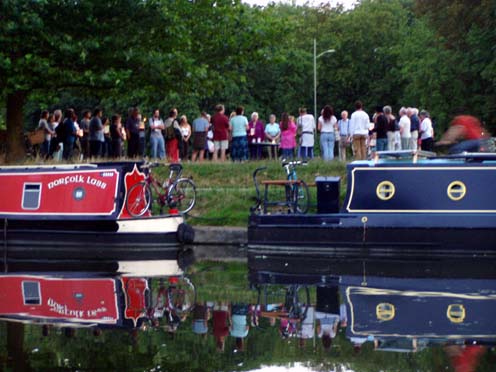 The Circle of Peace. 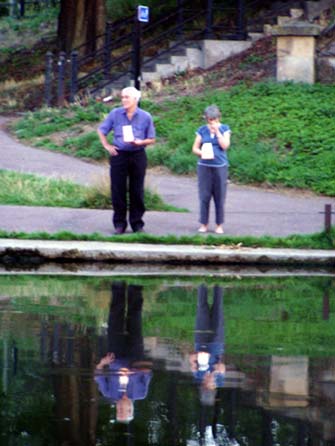 A moment of reflection. 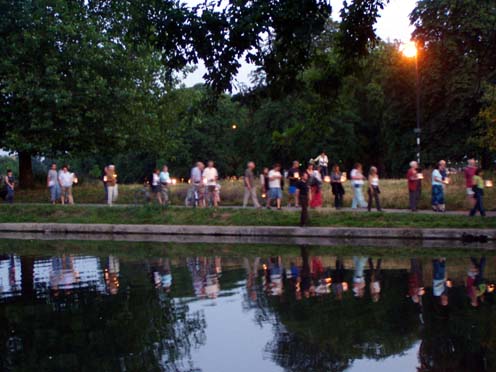 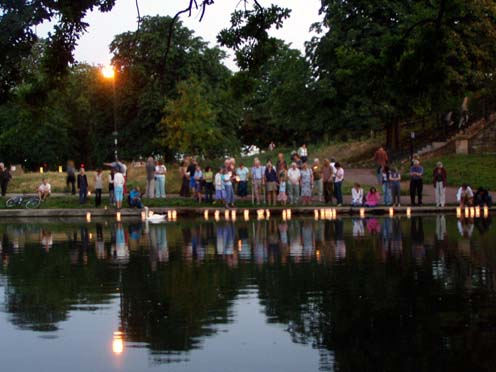 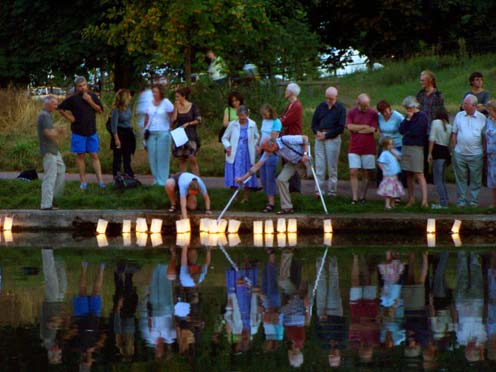 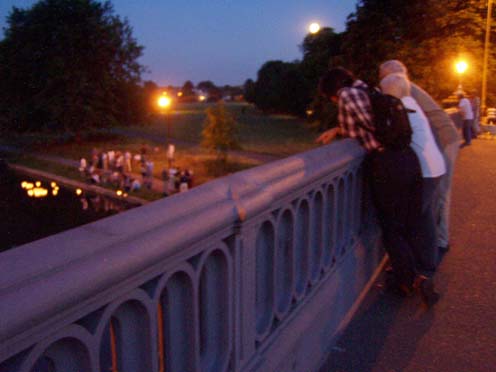 An audience of onlookers on Victoria Avenue Bridge. 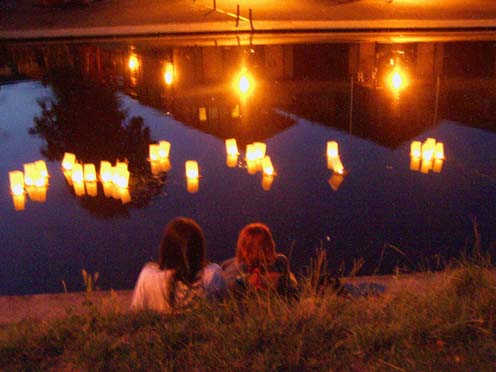 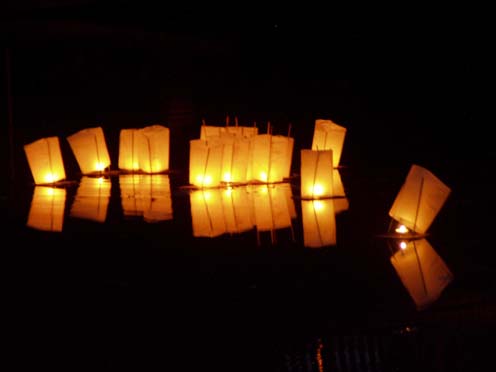 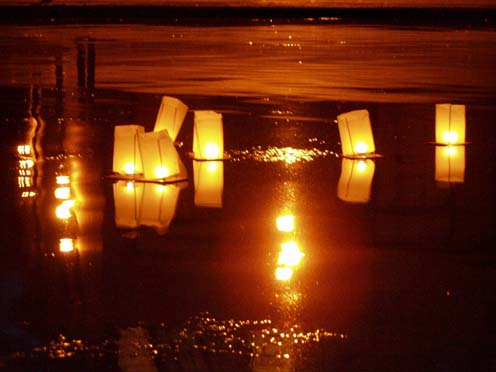 ...Glowing gracefully upon the river. 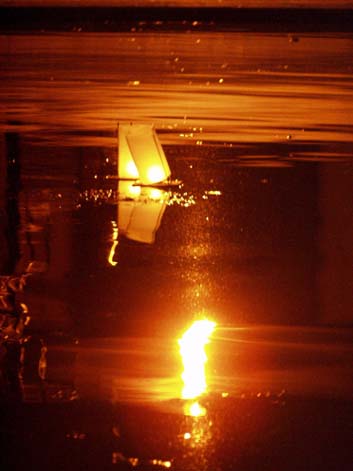 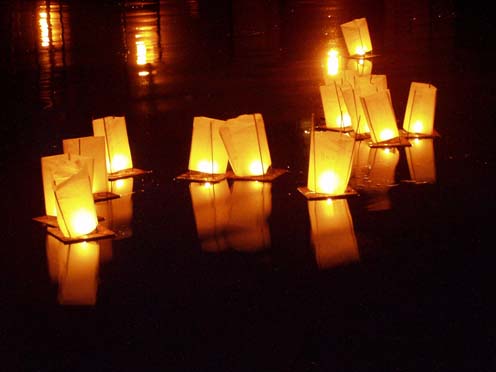 ...To those lost souls of the Nuclear Age. 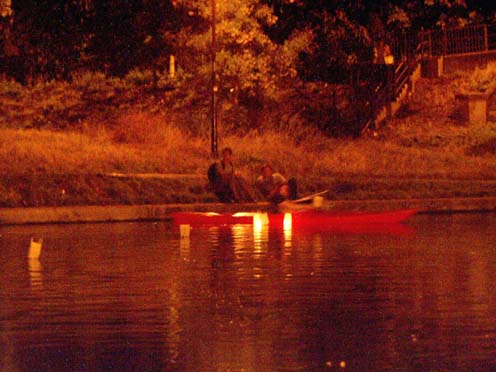 "On the morning of August 6, 1945 the United States Army Air Forces dropped the nuclear weapon "Little Boy" on the city of Hiroshima, followed three days later by the detonation of the "Fat Man" bomb over Nagasaki, Japan."

http://en.wikipedia.org/wiki/Atomic_bombings_of_Hiroshima_and_Nagasaki), in reference to an event that changed the course of history, by not only speeding us towards the end of World War Two, but also signalled the start of the brinkmanship of the so-called Cold War Era.

It has been estimated by some sources that up to 200,000 people died in the Hiroshima region as a result of that single bomb being dropped.

This Sunday, 50 people from many different backgraounds came together by the River Cam to commemorate this stark event.

And at a time when a Nuclear Power is currently attacking one of it's neighbours in the Middle East, this couldn't be a more poignant moment to remember how the post Nuclear world we now live in came to be.

Also fitting, in light of the fact that Neocon wannabe Tony Blair recently announced further massive investment in a new Nuclear weapons system, despite the fact that it's unlikely that such a system would ever be used in anger, due to it's awesome destructive power, as the reality is that no one except a madman would ever want to launch a Nuclear attack now, however heated global geopolitics may become.

The vigil itself started with everyone assembling around a table to write their messages on the lanterns, then a Circle of Peace was formed, and Campeace members spoke of the history and logistics of what it means to launch a nuclear attack, and hoped that those days were behind us.

Then a procession of lantern carriers walked to the riverside and released the lanterns onto the river.

Due to it being a balmy summer evening, the current was very sluggish, so they didn't travel too far, but still far enough for them to be just out of reach of stick retrieval...fortunately, two passing canoeists assisted by scooping the lanterns up again and dropped them off at the riverside for grateful activists, ready for them to be used again next time!

It's fair to say that one of Humanity's greatest challenges still lies ahead in this century, as we face climate change, which in all liklihood we've played no small part in bringing about.

We may be able to split the atom, and now also fuse the atom, harnessing the power of stars as we do so, when it comes to the simpler things like learning how to solve problems without recourse to open warfare, we still have much to learn.