This is the first part of my pictorial narrative of what happened on Saturday August 5th, when several thousand people came together in London in outrage at what the tinpot imperialist Israeli government is currently doing to Lebanon. 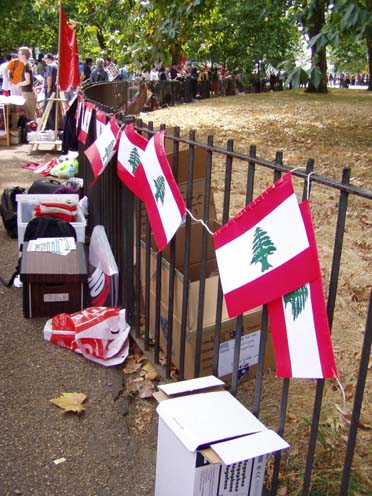 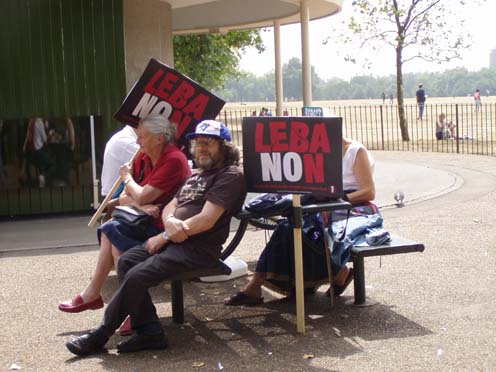 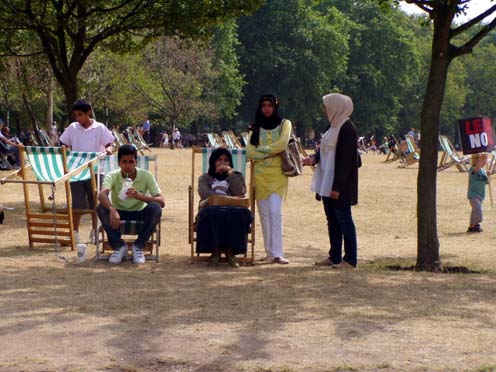 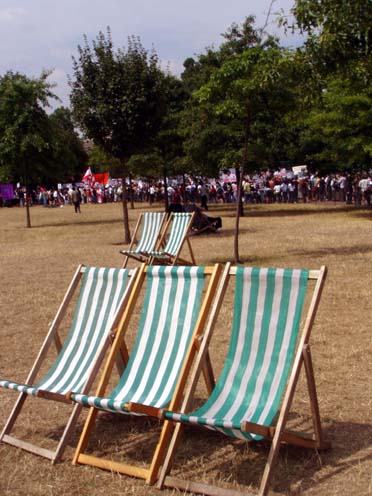 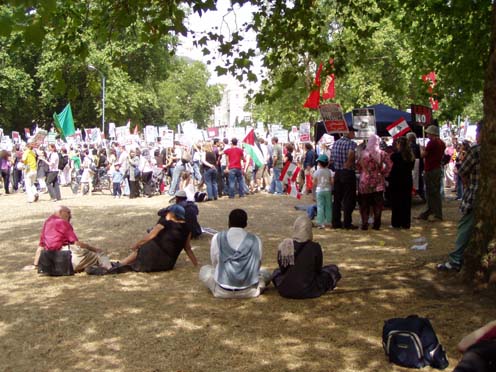 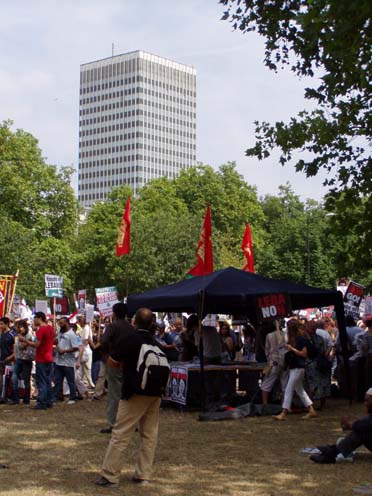 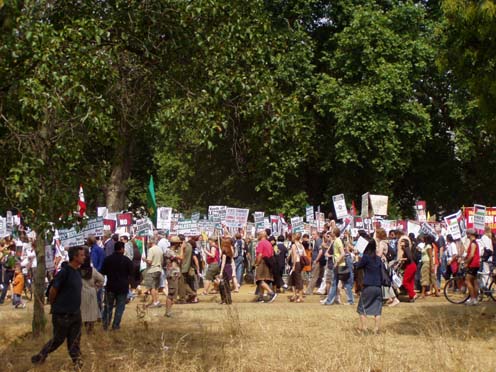 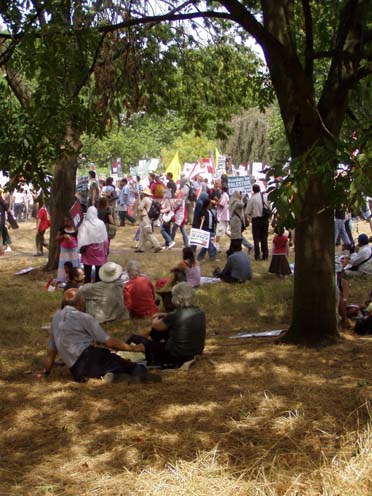 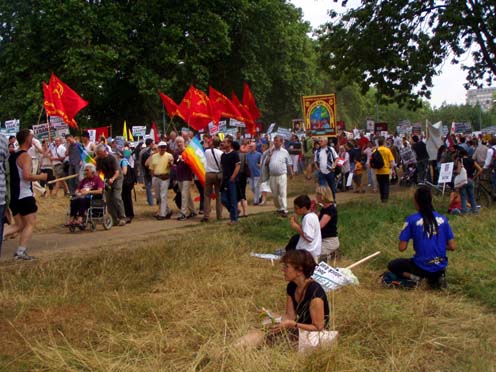 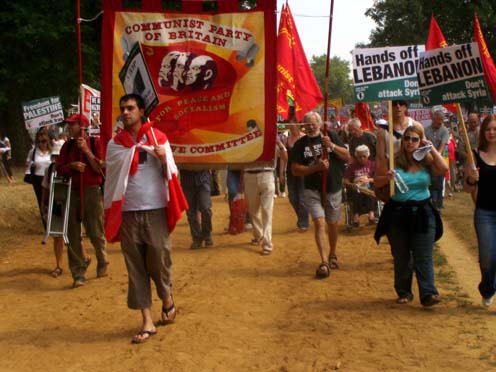 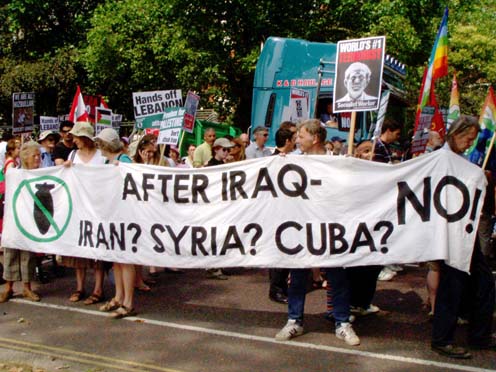 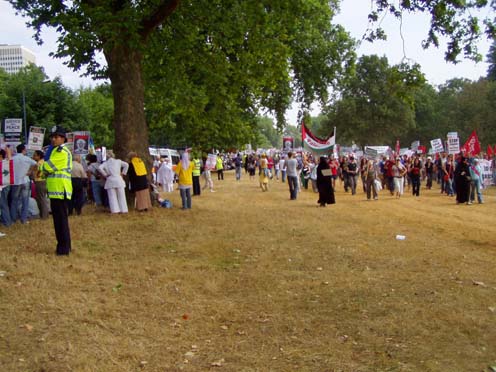 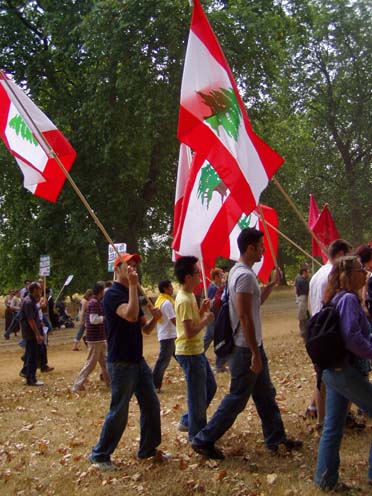 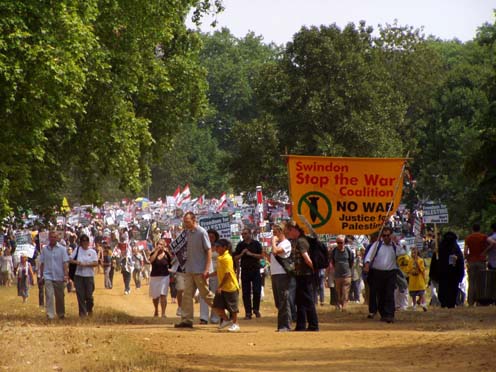 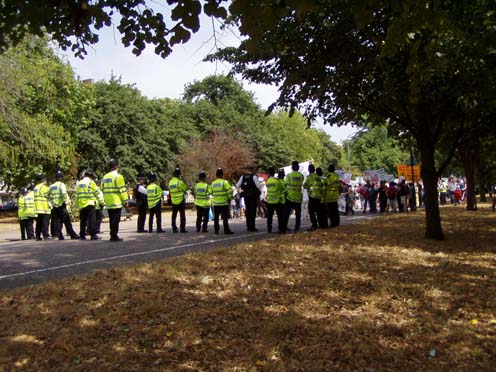 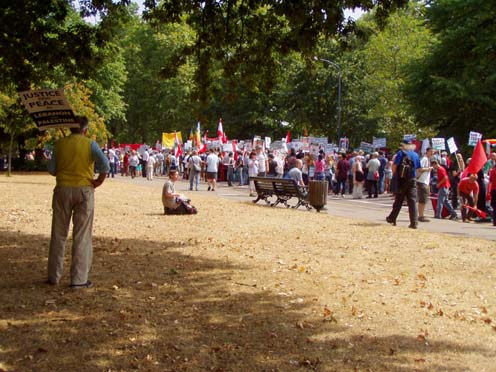 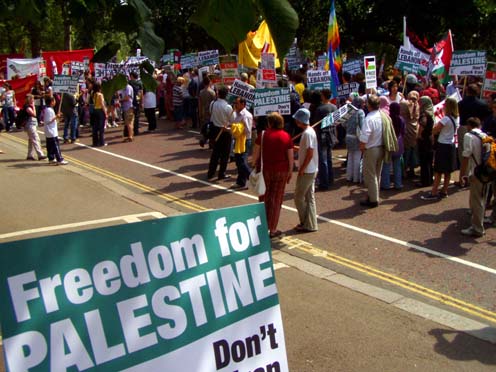 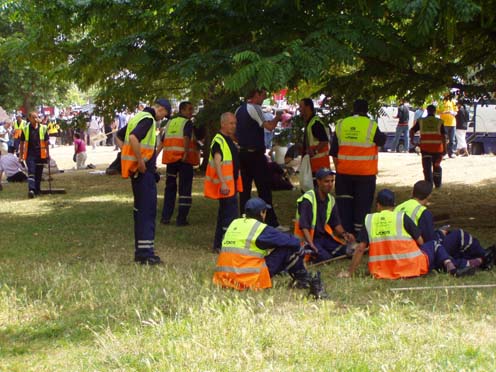 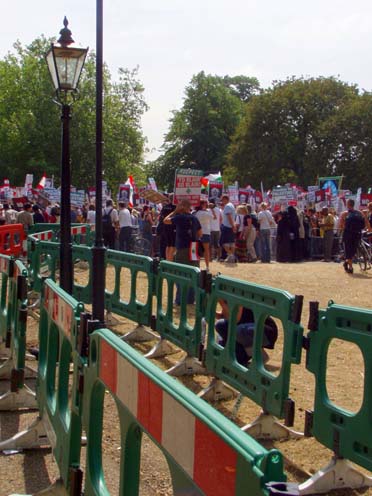 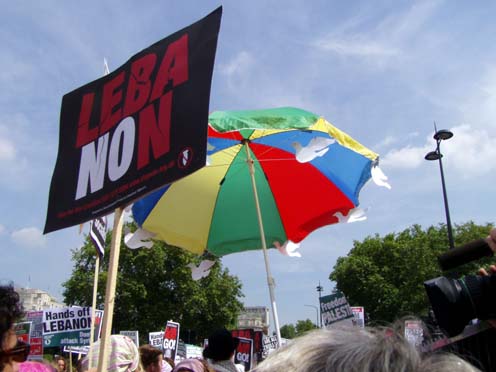 Well, I could do the numbers game and try to do a head count of attendees, I could talk about the edginess of some of the police, although for me this would be dishonest, as I did not directly see any of this, I could also remind you why the demonstration happened, but by now you've already read about this many times.

I won't do any of that, instead, I'll just say that all you need to know is that people turned up.

Many, many people turned up.

And the reason why they turned up is really quite simple.

Because despite what the media and politicians might lead you to believe, the majority of human beings on this planet do not like war.

And even when pushed to do this, they still do not like doing it, because they find themselves somehow LESS human by being involved in the the act of taking the life of another human being.

This is why most human beings do not like war.

This is all you need to know.

The pictures I've taken can tell the rest of the story of that day, of how many, many people came together on the streets of London from many different backgrounds to simply say they do not like war, whoever happens to be doing it.

There is an old saying:
"An eye for an eye makes the whole world blind"

Our Zionist friends would do well to remember this.