Local activists protesting against the humanitarian crisis in Lebanon 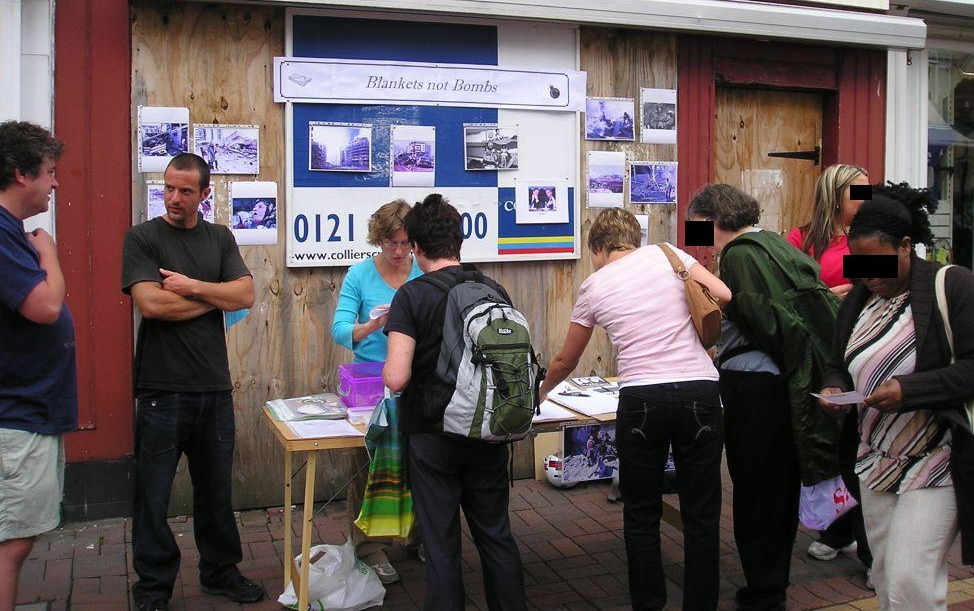 On Saturday 5 August 2006 Wrekin Stop War members joined other activists from Telford to hold a stall in Wellington town centre to highlight the mass suffering of people in the Middle East as a result of the conflict between Israel, Hamas and Hezbollah. Specifically we attempted to draw attention to the responsibility of the British Government for the continuation of the situation by way of its condemnation only of the 'terrorism' of Hamas and Hezbollah while ignoring the much larger 'state terrorism' inflicted upon the region by the Israeli state. Indeed the British government's decision not to support calls for an immediate ceasefire are hardly surprising when you consider, for instance, that British airports are currently being used to fly military supplies to Israel.

The purpose of the stall was to hand out leaflets, to gain signatures for a petition to send to the local MPs and to raise awareness of the local 'Blankets Not Bombs' appeal which is collecting money to send over to families currently suffering in the Middle East. All went well with, by and large, the public of Wellington responding in a very positive manner to the literature.

The local MPs were invited to attend to lend their support, yet they were both unable/unwilling to do so.