This morning Israel announced that it had hit several Hizbollah strongholds in the south of Beirut. That their targets had been carefully selected and were areas where they were storing arms and ammunition. So we went to the neighbourhood of Dhayiya to take a look for ourselves. The last time I saw devastation on this scale I was covering the aftermath of the South Asia Earthquake. Entire blocks have disappeared into piles of rubble and twisted metal. The first and most obvious thing is that aside from a few small shops and work units this was clearly a densely populated residential area. Locals tell us that the buildings destroyed include a mosque, an orphanage and a neighbourhood health clinic. The death toll is unknown this area has been bombed periodically over the last week. How many bodies lie under the rubble is unclear but human remains have a very distinctive smell and the odour is everywhere. 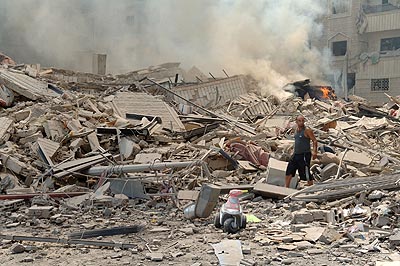 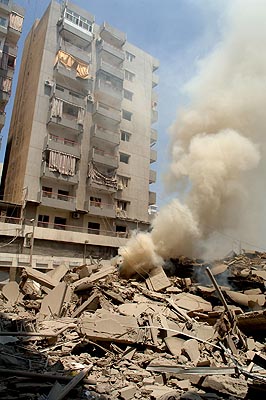 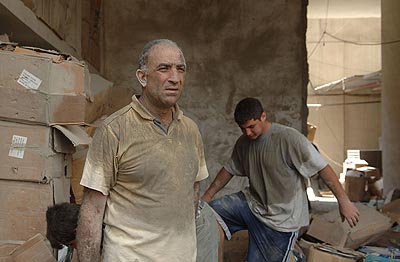 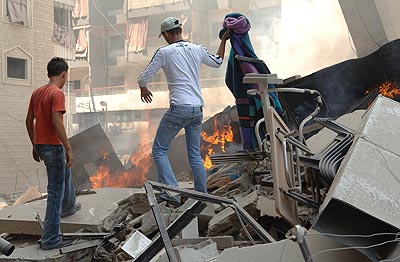 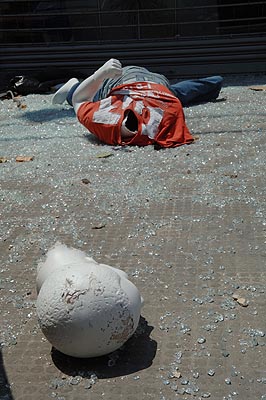 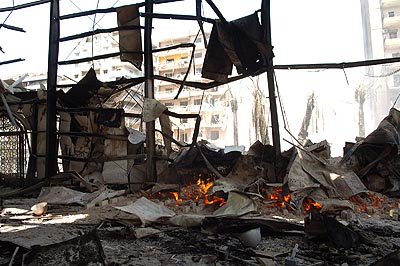 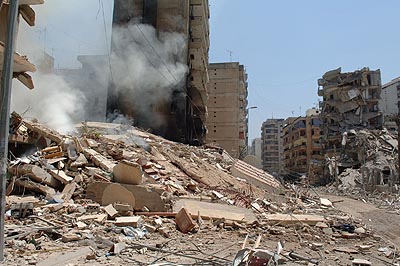 As we pick our way through the devastation the remains of people's homes and lives is all around us. Many of the flats and their contents have quite literally been blown into the street. Furniture, clothes, children’s toys and family portraits are strewn everywhere amongst the rubble. As I proceed down one street a Hizbollah volunteer starts shouting at me in Arabic. I turn back and ask my guide, what’s wrong? ‘He was warning you that the building you were standing by is liable to collapse’ I’m told.

Nowhere in the wreckage do we see any evidence of stored arms or munitions. Nor do we see any of the leaflets that the Israelis claimed to have dropped warning the locals to leave. The very idea that the Israelis would tip off their enemies about hitting their weapons dumps is of course ridiculous. The only crime committed by these people is that this impoverished area was a political base of support for Hizbollah.

‘This was my business’ a young man tells me, indicating a small blown out unit filled with what looks like scrap metal. He was a mechanic fixing cars and scooters from a rented garage. ‘I am very sorry’ I reply. ‘It’s ok, God willing I am still alive and for as long as I live I am undefeated’ he says.

As I photograph the smouldering burnt out shell of what used to be an indoor market, people begin to panic. The low pitched moan of an Israeli drone is heard circling overhead so it’s time to leave. Our guide (who is from south Beirut) assures us that a strike happening now is unlikely. ‘This is just surveillance, the missiles usually hit in the early hours when people are asleep.’

Heading back to the centre we spot a thick plume of smoke rising from a district off the main road, so we stop to investigate. The Muawwad neighbourhood has been the subject of a sustained missile strike and two residential blocks and a shopping mall have been reduced to dust. There is no explanation on the wires as to why this area has been hit. Some Lebanese army and Police are frantically trying to dig out a basement underneath the ruins. People were sheltering here, four bodies have been discovered but faint cries can be heard from within. The situation has been made more urgent because a fire is raging in the core of the rubble and no fire firefighters or water are available.

It is here that I meet Marwah Osseiran and his teenage son Nazir. They are trying to salvage saleable goods from what is left of his shop. He had sold trainers and sports goods from a small unit at the base of a block, which is devastated but still standing. I ask him what he will do now? ‘We will rebuild when the time is right, they did not defeat us in 1982. Nothing has changed and neither have we.’


Words and pictures copyright the author but free to progressive media, NGOs ect. Contact by email for details.