Now that the Arab league has left the city, the ban on demonstrations has been lifted. Every night at seven, people gather in the square to remember the dead and discuss the situation. 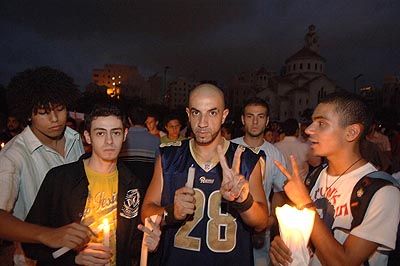 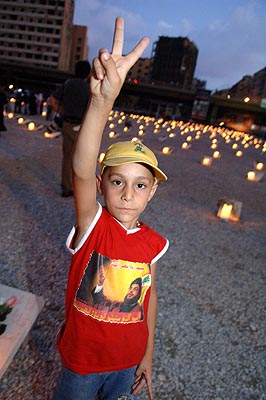 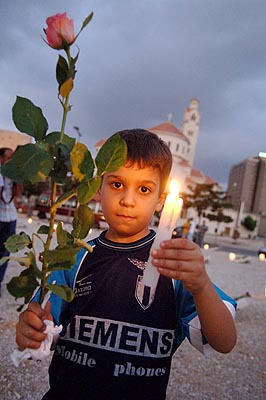 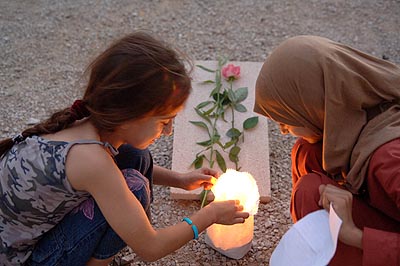 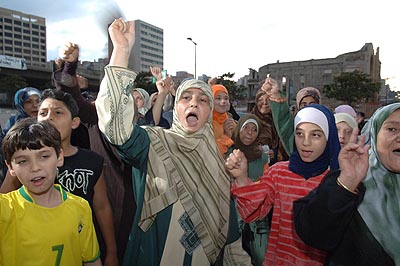 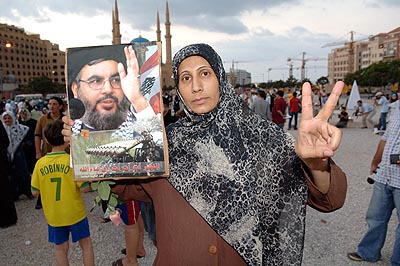 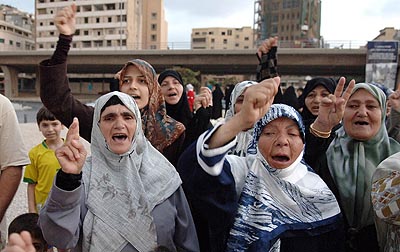 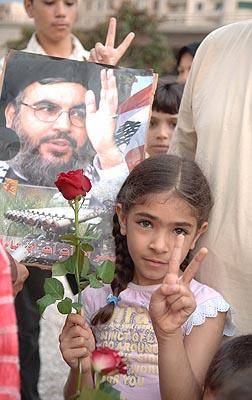 Children are lighting candles and placing them with flowers on simple unmarked concrete plinths. Some begin a chant in support of the Hizbollah leader Hassan Nasrallah. The mood is one of defiance as well as remembrance. I get talking to a young Lebanese Marxist called Ali. He tells me how the Lebanese left who (like lefties everywhere) are bitterly divided, have come together with some of the more radical trade unions to coordinate aid for refugees. This is a story that is being told across what was previously a country divided by race, class, and religion. Far from isolating Hizbollah the Israelis are creating a sense of unity never seen here before.

I share a cab home with some young refugees from the south who are staying in a School near my hotel. Mohammed is 17 and a big fan of Eminem. He is very worried about his baby sister who has had a stomach upset for over a week. She is losing weight and cannot sleep. She is also very dependent on her mother so the family has an agonising decision. If she stays in the school, her condition could worsen despite the twice daily visits from the Red Crescent medics. However, being transferred to the already overcrowded hospitals away from her family could aggravate her condition due to the stress it will cause.