The crowd at today's rally was smaller than at the major demonstration on July 22 but just as determined. We were protesting against Israel's ongoing war against the people of Lebanon and Palestine. 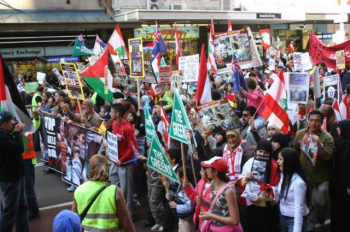 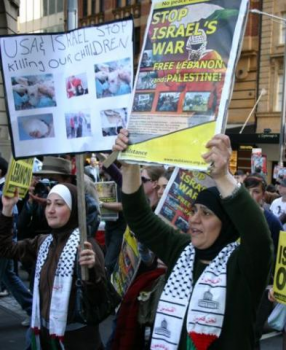 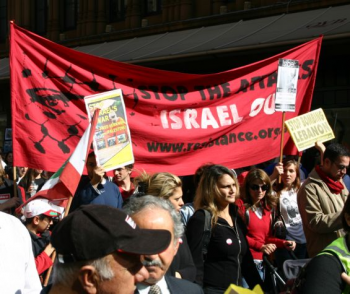 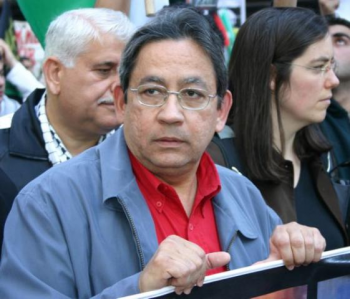 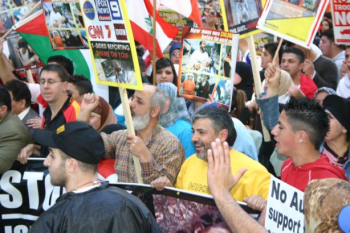 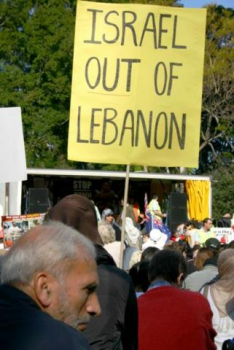 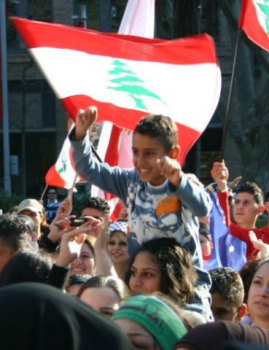 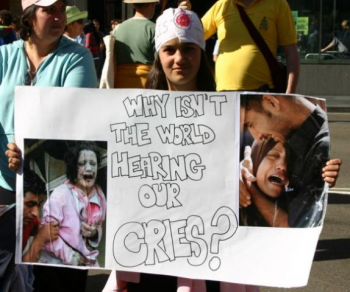 AUSTRALIA: SYDNEY: One particular highlight was the speech by Venezuelan diplomatic representative in Australia (the "charge d'affairs") Nelson Davila. Davila was able to report the inspiring news of the official response of the Venezuelan government to Israel's war - complete condemnation backed up by the withdrawal of Venezuela's ambassador from Israel. And how the people there were impressed! Davila must have got some of the biggest cheers and applause at the whole demonstration. And that's without mentioning the spontaneous chants of "Chavez! Chavez!" (referring to Venezuela's president).

While he was being introduced, we were told that Venezuela is the only country in the world that has withdrawn its ambassador from Israel since this current war began. I presume this is true, although Cuba must also be mentioned as a country that has officially denounced Israel's war.

Another hightlight was the performance by Palestinian rap artist Nemesi at the very end.

The protest began at Town Hall and marched to Hyde Park. Similar to July 22 the march was particularly lively. Once again the home-made placards cried out for justice in the face of offensive establishment media reports that imply or explicitly label all Lebanese as "terrorists" - worthy of being bombed.

The rally was jointly organised by the Australian Arabic Committee in Solidarity with the People of Lebanon and Palestine and the Stop the War Coalition in Sydney.

Get involved! The next Stop the War Coalition meeting will be on Monday night at the UTS student association. Check out